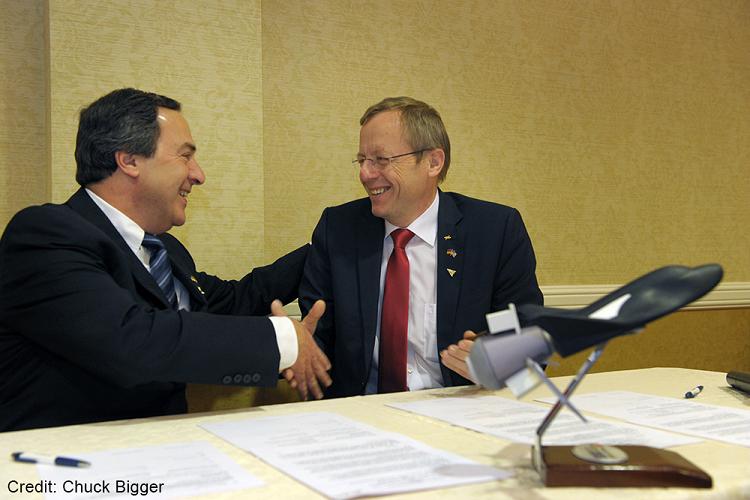 The latest deal will extend the partnership until 2017, and comes after a one-year Dream Chaser technical agreement in 2013.

SNC space systems corporate vice-president Mark Sirangelo said: "Our Dream Team will continue the advancement of the Dream Chaser, which is a true global programme.

"We look forward to the next phase of our cooperation with DLR as we enter this new agreement."

SNC and DLR will continue to work on exploring new and advanced technologies to advance the Dream Chaser spacecraft as a flexible low-Earth orbit (LEO) space transportation system.

"The versatility of the Dream Chaser allows for multiple applications such as transportation of cargo and humans, as well as direct use for activities such as removing space debris."

The multi-mission-capable Dream Chaser is designed to operate as an orbital servicing vehicle to deploy, retrieve, repair, replace or assemble components in space.

The space utility vehicle is said to be the only reusable spacecraft with runway landing capability.

Earlier this year, Dream Chaser for European Utilization (DC4EU) study confirmed the viability of using the spacecraft for crewed and uncrewed space missions to LEO.

DLR executive board chairman Jan Woerner said: "We recognise the significant value of the Dream Chaser, especially for LEO and we look forward to working together for new applications.

"The versatility of the Dream Chaser, crewed or uncrewed, allows for multiple applications such as transportation of cargo and humans, as well as direct use for activities such as removing space debris."