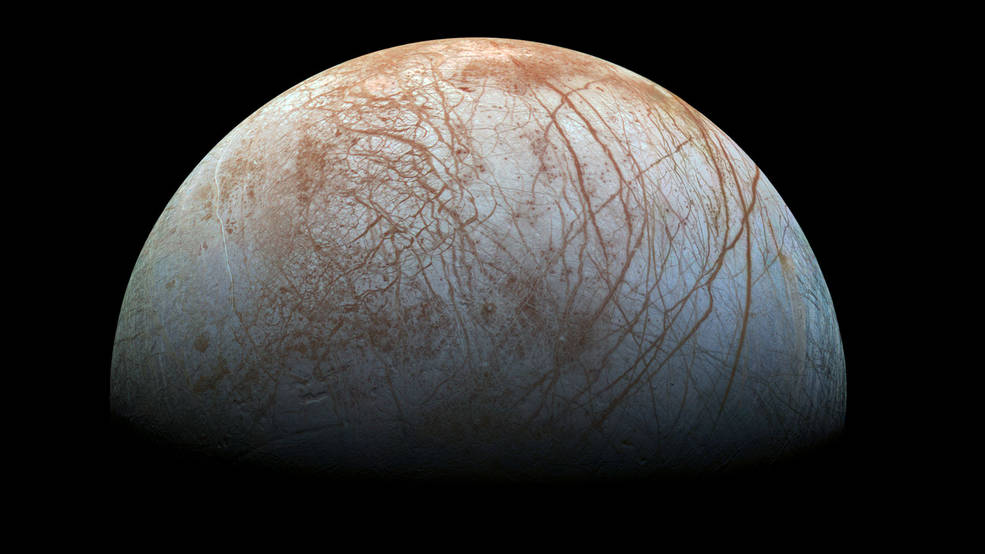 Nasa’s mission to explore life on Jupiter’s moon Europa is moving into the development stage with the completion of the first major concept review.

Once the spacecraft reaches Jupiter’s orbit after several years, it would orbit the planet about every two weeks, providing many opportunities for close flybys of Europa.

During the mission period, the spacecraft is planned to have 45 flybys, where it would capture the images of the moon’s icy surface at high resolution.

The images would be analysed to understand the composition of the moon and the structure of its interior and icy shell.

About the size of Earth’s moon, Europa is considered one of the most likely places in the solar system to have signs of life.

The moon is suspected to have an ocean beneath its frozen crust. If proven to be true, the ocean could contain double the amount of water as that of Earth, giving scope to support simple organisms.

Previously, Nasa has launched the Galileo mission to Jupiter in the 1990s.

Image: Europa is considered to have signs of life. Photo: courtesy of NASA / JPL-Caltech / SETI Institute.