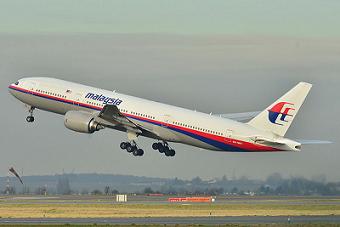 The missing Malaysia Airlines flight MH370 is believed to have used a dangerous flying technique known as ‘terrain masking’ to drop to altitudes as low as 1,524m in order to avoid radars of at least three countries, according to investigators.

This technique is generally used by pilots in the military during stealth flights.

Authorities believe that the aircraft, which disappeared off radars an hour after its takeoff with 239 people on board around a week ago, followed commercial airline flight routes, raising no suspicions in the countries it flew over.

The aircraft was airborne for more than seven hours after turning back from its planned route over the South China Sea.

The investigators’ focus has now turned back to the pilots, and authorities have disclosed that the final words from the aircraft were broadcast after the Boeing 777’s primary communication system was disabled, misleading the ground control that everything was fine.

A British anti-terror expert said that the missing plane could have been hijacked using a mobile phone or a USB stick, reportedly making Flight MH370 the victim of the world’s first cyber-hijack.

"This technique is generally used by pilots in the military during stealth flights."

According to former Home Office scientific adviser Sally Leivesley, hackers could have used a mobile phone or a USB stick to change the aircraft’s speed, altitude and direction just by sending radio signals to the flight management system.

Meanwhile, the number of countries involved in the multinational search for the ill-fated aircraft has increased to 22 after reports revealed the last confirmed position of the plane was in one of two corridors, one between the border of Central Asian countries Kazakhstan and Turkmenistan to northern Thailand; and a southern corridor from Indonesia to the southern ocean.