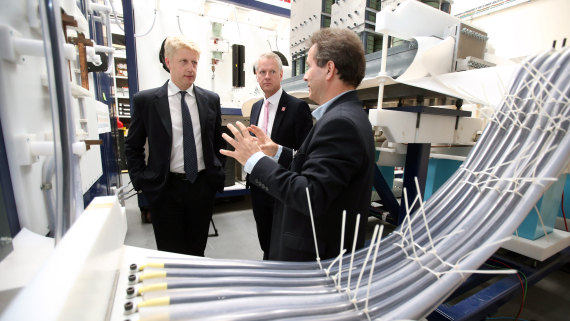 The PROTEST research project will look for mechanism to reduce the risk of lightning against these carbon composites, and develop safer and reliable materials.

UK universities and science minister Jo Johnson said: "As a one nation government, we are backing science and innovation across the UK.

"We want to be the best place in Europe to innovate, which is why we are investing in Cardiff University’s unique project to create new ideas for developing Wales’ world-class aerospace sector.

Cardiff University vice-chancellor Colin Riordan said: "Universities exist to create and share knowledge and the impact of that on UK society is huge.

"The research conducted in our lightning laboratory is just one example, among many, demonstrating how fundamental research supported by the research councils is developed into translational research of real value to the UK through partnership with industry, government and Innovate UK."