X
Advertise with us
Praveen 23 November 2016 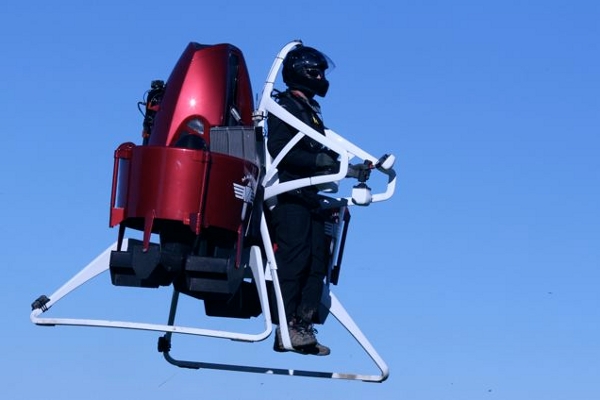 Listed in Time magazine’s Top 50 Inventions for 2010, the Martin Jetpack is the world’s first practical jetpack, manufactured by the Martin Aircraft Company. It will be commercially available by 2017.

The Martin Jetpack was initially conceptualised and developed in 1981 by Glenn Martin in Dunedin, New Zealand, resulting in the establishment of the Martin Aircraft Company in 1998. The 200kg jetpack is powered by a V4 two-stroke engine, burning automotive gasoline. The aircraft will have more than 30 minutes flight length, at a maximum speed of 74km/h, achieving a top altitude of 1,000m (3,000ft).

The compact dimensions allow the jetpack to vertically take-off and land (VTOL), and operate in confined spaces that other aircraft simply cannot reach. The Martin Jetpack uses fly-by-wire technology, and a ballistic parachute system for recovery, making it one of the safest jetpacks available.

The Jet Pack H202 is made by a company founded by Troy Widgery, Jet Pack International (Jet PI), based in the US. It is a personal jetpack powered by hydrogen peroxide (H2O2), with flight capabilities having been demonstrated at various events by Jet PI.

Its motor achieves power through the decomposition reaction of hydrogen peroxide, with a fuel capacity of 16.2l (4.3gal). 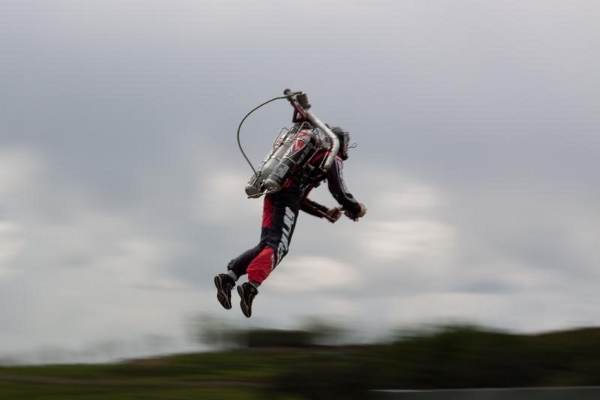 Also known as the Go Fast Jet Pack, the H202-Z is an advanced variant of the Jet PI’s H202. The device develops more thrust, range and endurance than its predecessor.

Jet PI is also developing a new jetpack, code-named Falcon, which will be sold to individuals upon successful completion of extensive flight training on the flight simulator. 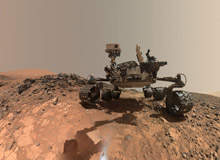 The TAM Rocket Belt is produced by Tecnologia Aeroespacial Mexicana (TAM), based in Mexico. The jetpack is offered along with a training and support package, including test flights, as well as installation, maintenance, and round the clock technical support.

The Rocket Belt is powered by a single rocket engine, burning rocket-grade hydrogen peroxide fuel and offers a maximum flight time of up to 30 seconds. It is equipped with heads-up display electronic control timer, developed by TAM. 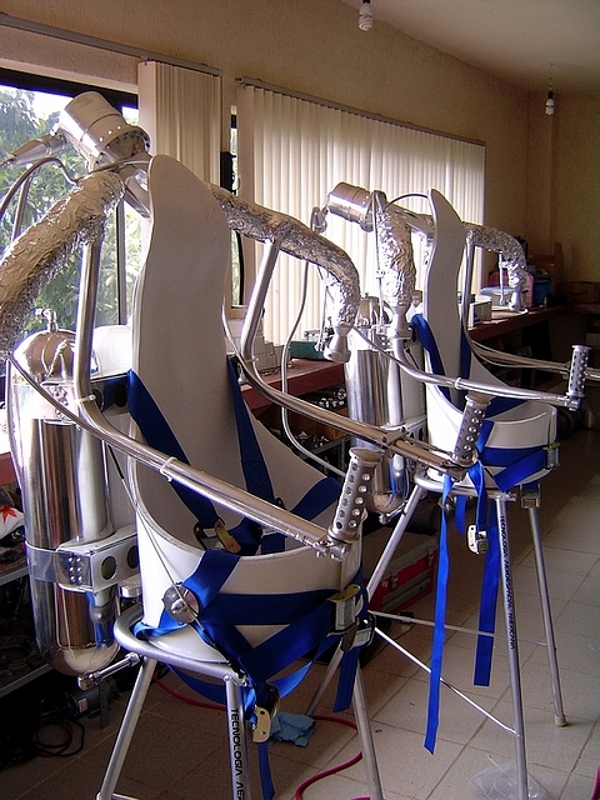 It was initially designed with two jet turbines, and four engines were later installed. The carbon fibre wing structure limits the vertical take-off capability, with the Wingpack requiring launch from a helicopter or aircraft.

The jet engines of the Wingpack are fuelled by kerosene. The propulsion system provides enough thrust to travel at an average speed of 200km/h. 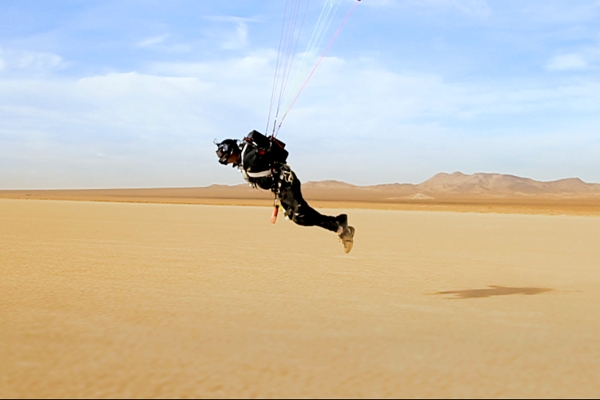 Troy Hartman is developing a jetpack powered by two turbojet motors. Final testing was successfully concluded in 2011. The device is deployed in combination with a parafoil, working similarly to a parasail that isn’t being towed.

Troy began working on the Jet Wing in 2008, which resulted in the development of a personal jet-backpack. The testing of this jetpack-on-skis was conducted in January 2011, which proved the flight capabilities. Troy successfully made his jet-backpack to fly with a ‘speed wing’ in August 2012, as part of the jet-wing design testing.

The jetpack is powered by two small yet powerful jet engines, which were originally intended to power unmanned aerial vehicles (UAVs).

The Rocketbelt in was unveiled by Powerhouse Productions in July 1981, and owned and operated by Kinnie Gibson, popularly known as ‘The Rocketman’. The capabilities of the Rocketbelt have been demonstrated by the company in exclusive performances worldwide.

Powerhouse Productions has performed more than 700 flight demonstrations, in around 40 countries. Jetpacks from the company are not on sale, but three are available for hire.

The Rocketbelt burns non-flammable propellant to achieve a thrust of 800hp. The jetpack can fly a distance of 150m to 200m, at reach heights of 20m to 25m. 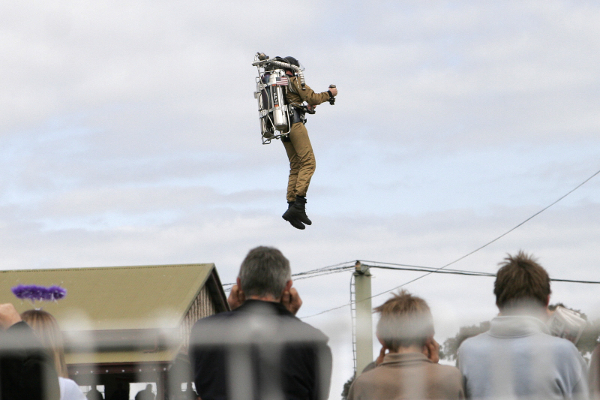 Skyflash is being developed by Fritz Unger and his group of friends from Germany all on a shoestring budget. Featuring rigid wings spanning approximately 3.4m (11ft) inspired by condors, it is powered by two turbo jet engines that run on diesel.

It is been designed for take-off from land, using four undercarriage wheels attached to the wearer’s chest and abdomen of the pilot. Two powerful B300F engines provide enough thrust for launch.

During flight tests in June 2013, it achieved a height of 1.50m and a distance of 35m. The pilot was replaced with 80kg steel weights throughout the test run.

Although still in the test phases, Skyflash has been designed to have an eventual cruising speed of 68k, with a range of 54nm and a maximum height of 11,800ft. Although it is not fully clear how it will land safely, it is fitted with a parachute just in case.