X
Advertise with us
Rohit 2 October 2014 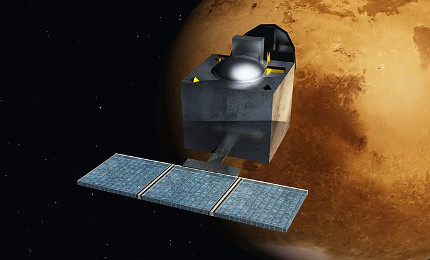 Researchers at the Massachusetts Institute of Technology in the US have come up with a new algorithm that could aid in analysing the rotation of objects in space, which will help in cleaning up debris in the geosynchronous orbit.

One of the SPHERES satellite rotated in place, while the other captured photographs of the spinning satellite.

Nasa selects Boeing and SpaceX for flights to ISS

Boeing and SpaceX were selected by Nasa to fly astronauts to the International Space Station (ISS) and back aboard their CST-100 and Crew Dragon spacecraft.

Nasa’s decision is in line with efforts to end the country’s dependence on Russian spacecraft by 2017. 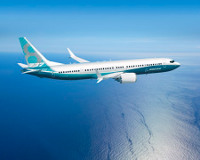 Boeing has unveiled the newest addition to its 737 MAX family of aircraft, the 737 MAX 200, which can accommodate up to 200 passengers.

The launch of 737 MAX 8-based variant comes with a commitment from Irish carrier Ryanair to buy 100 737 MAX 200 aeroplanes, valued at $11bn at current list prices, with options for an additional 100 airliners.

Boeing said that the 737 MAX 200 will provide up to 20% better fuel efficiency compared to other single-aisle aircraft and up to 5% lower operating costs than the 737 MAX 8.

The US Federal Aviation Administration (FAA) plans to carry out tests for the use of unleaded fuels in aviation line in an effort to have a cleaner alternative for commercial use by 2018.

The agency has selected four unleaded fuels from Shell, TOTAL and Swift Fuels, to conduct first phase of testing at its William J Hughes Technical Center in Washington, DC.

Based on the test results, around three fuels will be selected for phase-two engine and aircraft testing.

Japanese construction firm Obayashi is planning to construct an elevator by 2050, which can reach up to 96,000km into space.

The company said that the project is feasible with advancements in the field of carbon nanotechnology.

If successful, the proposed elevator is expected to transform space travel, and use robotic cars equipped with magnetic linear motors to ferry cargo and humans to a new space station.

With this development, India has become the first Asian country to reach the red planet on its first attempt, and joins a group of nations, including the US, Europe and Russia that have sent missions to Mars.

A preliminary report by the Dutch Safety Board into the Malaysia Airlines flight MH17, which crashed over eastern Ukraine, stated the aircraft broke-up in mid-air after being hit by a large number of high-energy objects, without mentioning any missile attack.

The passenger jet, which was on its way to Kuala Lumpur from Amsterdam, was reported to have been hit by a ground-to-air missile, leaving nearly 300 dead.

The latest report said: "There are no indications that the MH17 crash was caused by a technical fault or by actions of the crew.

"The cockpit voice recorder, the flight data recorder and data from air traffic control all suggest that flight MH17 proceeded as normal until 13:20:03 (UTC), after which it ended abruptly."

Bombardier Commercial Aircraft resumed flight testing of CSeries aircraft following a gap of more than three months due to a major failure in the FTV1 engine.

The company conducted the flight testing of CSeries on 7 September with flight test vehicle two (FTV2) at its facility in Mirabel, Québec, Canada.

The flight comes after an in-depth review and analysis of the engine-related incident on 29 May.

Bombardier said: "Pratt and Whitney alongside Bombardier, has taken appropriate measures to address the issue, including the modification of the engine’s oil lubrication system."

Airbus, South Africa’s National Aerospace Centre and Hydrogen South Africa (HySA) have partnered to carry out research to study the use of hydrogen fuel cell technology on commercial aircraft.

The partnership aims to evaluate the performance of hydrogen fuel cells over an aircraft service life, while subjected to harsh and rapidly altering climatic conditions.

The initial three-year project will be carried out by HySA Systems Competence Centre at its University of the Western Cape research centre.

Researchers at Nasa are developing an air traffic control system for drones.

Developed at Nasa’s Moffett Field base, the new system will control drones that fly 500ft off the ground.

Similar to an air traffic control system for conventional aircraft, the new system would monitor for adverse weather conditions as well as ensure that the drones do not clash with buildings.