X
Advertise with us
Mrinmoyee 4 April 2016 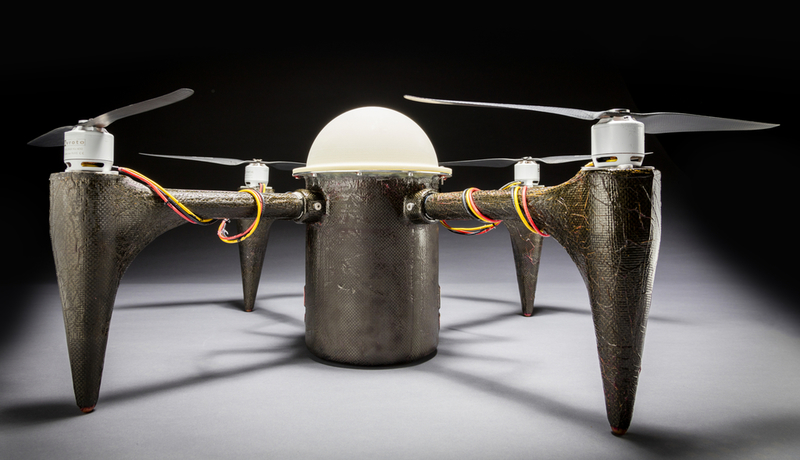 US researchers develop UAV prototype that flies from underwater

Researchers from Johns Hopkins University’s Applied Physics Laboratory (APL) in Laurel, Maryland, US, showcased a new unmanned aerial vehicle (UAV) that can operate effectively in both air and water.

For developing the new design, a team from APL’s force projection sector collaborated with fabrication experts in the research and exploratory development department.

Thales Alenia Space signed a deal with Spanish technology and engineering group Sener to jointly evaluate their collaboration in the future development of optical instruments for space applications.

Under the deal, both companies will soon provide a joint business plan to direct Spain in the development of space optical payloads by taking up both national programmes and international missions, mainly for the European Space Agency (ESA).

Both firms have agreed to provide the necessary resources to develop the required capabilities and make investments to realise their new agreement. 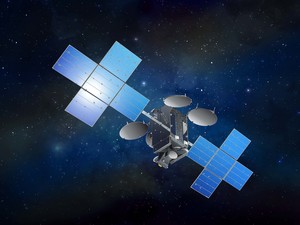 To be positioned at a longitude of 7° east, the new satellite will mainly provide broadcast services to various regions, including Africa, the Middle East and Turkey.

The all Ku-band satellite will also be equipped with 44 operational transponders and a steerable beam for providing flexible coverage.

The satellite lifted-off aboard a Soyuz-2.1b rocket at the second attempt, with the launch delayed by a day due to technical issues.

Launch was originally scheduled for late last year, but was rescheduled. 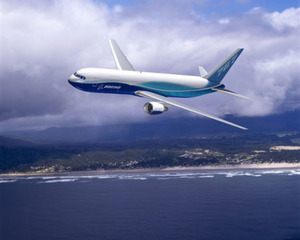 Air Transport Services Group (ATSG) finalised a deal with Amazon Fulfillment Services to lease 20 of its Boeing 767 freighter aircraft, which will be used to ship cargo for Amazon US customers.

The lease deal extends for a period of five to seven years, and the contract to operate the aircraft is for five years, reports The Wall Street Journal.

The US Federal Aviation Administration (FAA) proposed a new rule that seeks to revise the airworthiness standards for small aircraft carrying up to 19 passengers or less, which have a maximum take-off weight of 19,000lb or less.

Based on industry recommendations, the FAA’s proposal aims to cut the time to get safety enhancing technologies for small airplanes into the market whilst reducing cost.

According to the approved guidelines of ICAO’s governing council, the aircraft will have to carry tracking devices to transmit their location at least once a minute if they are in distress.

A report cited by AAP mentions that the plane operators will have to take care of their flight recorder data so that it can be recovered from the wreckage. 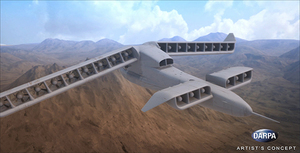 Under DARPA’s phase 2 contract for VTOL X-Plane, Aurora Flight Sciences aims to develop an unmanned aircraft prototype, which has VTOL capabilities and can achieve a top sustained flight speed between 300k to 400k.

The proposed prototype will be designed to increase aircraft hover efficiency from 60% to at least 75%, and provide a more favourable cruise lift-to-drag ratio of at least 10, up from 5-6 than other VTOL aircraft.

ISRO to launch 22 satellites aboard one rocket

The Indian Space Research Organisation (ISRO) announced plans to launch 22 satellites aboard a single rocket in May.

During the proposed mission, a PSLV C34 rocket will lift-off carrying India’s Cartosat 2C remote sensing satellite, as well as four micro-satellites weighing 85kg to 130kg each, and 17 nano satellites weighing 4kg to 30kg from the launch pad of Satish Dhawan Space Centre at Srikarikota.

Vikram Sarabhai Space Centre director K Sivan said: "We are planning to launch as many as 22 satellites on-board PSLV C34.

The US Federal Aviation Administration (FAA) is overstating the threat that drones or unmanned aircraft systems (UAS) actually pose to the aircraft during their flights, according to a study by researchers of Mercatus Center at George Mason University.

Conducted by Eli Dourado and Samuel Hammond from Mercatus Center, the study has taken 25 years of data from FAA’s wildlife strike database.

The researchers have questioned FAA’s latest decision to impose regulation on the operation of UAS, where operators of drones weighing more than 250g are required to register with the agency for a safe national airspace.