X
Advertise with us
GlobalData 29 October 2019 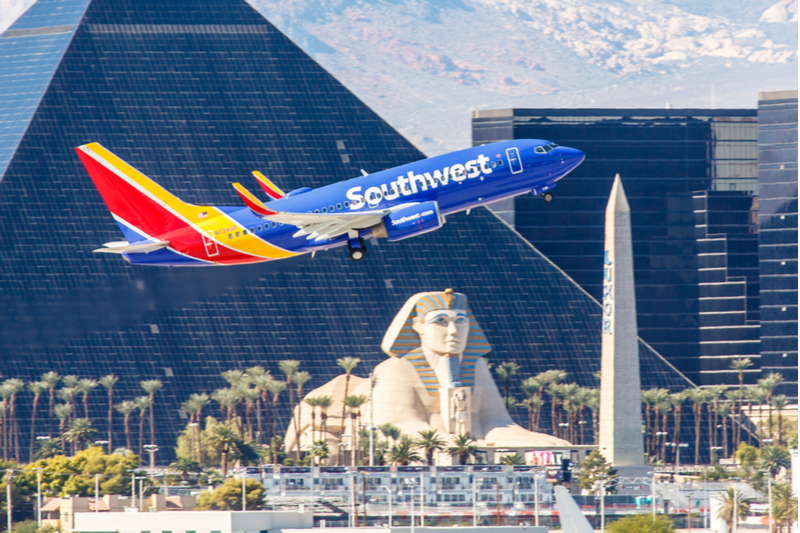 In spite of its fleet of 34 Boeing 737 MAX 8 aircraft being grounded, Southwest's Q3 results were very encouraging.

With 34 Boeing 737 MAX 8 aircraft in its fleet, Southwest was the biggest user of the aircraft at the time of its grounding in March 2019. The company estimates a $210m reduction in operating income due to the continued grounding of the MAX 8.

However, they still managed to secure $659m net income in one of their best third quarter performances. So while the grounding of the Boeing 737 MAX 8 has been detrimental to airlines the world over, Southwest has thrived regardless.

The company expects more headwinds until the MAX 8 returns to service, but the latest financial results suggest that the company can defy the odds. For now Southwest must wait to see how the future shapes up for the stricken aircraft.

Although they are performing well, Southwest still requires the MAX 8 to return to service as soon as possible.

Southwest is the biggest low-cost carrier (LCC) in the world and its success is a sign of the times. The majority of passengers place affordability beyond anything else. They are willing to forego comfort, especially for short-haul flights.

In a recent GlobalData survey, 59% of travellers said that affordability was important to them when considering where to go on holiday. Accessibility was the second most favoured factor, at 48%. Lower fuel costs have helped to drive down costs for the company and the broad outlook is positive for the US airlines industry.

According to GlobalData, outbound trips from the US have increased with a CAGR of 8.38% between 2014 and 2018. This suggests that US travellers are now much more interested in travelling outside of the US.

The expansion of Southwest in Hawaii and across the Caribbean is crucial for the airline. Next spring the airline will be launching non-stop routes to Cozumel, Mexico and Turks and Caicos, cashing in on increasingly adventurous US travel.

An increase in ‘flight-shaming’ and the grounding of the Boeing 737 MAX 8 is looming over the wider airline industry. However, there is little to suggest that airlines will not keep thriving, at least in the US.

In Europe there is greater resistance against flying. For example, Extinction Rebellion protesters tried to shut down Heathrow Airport in London.

Environmental politics still plays less of a role in the US compared to Europe. This means that public pressure on airlines regarding carbon emissions is somewhat reduced. For the time being this is helping Southwest and other US airlines to boost revenues.

In the US, the movement has gained less traction partly because there are no viable alternatives to flying. Improving rail links will take decades, so for now flying is here to stay.