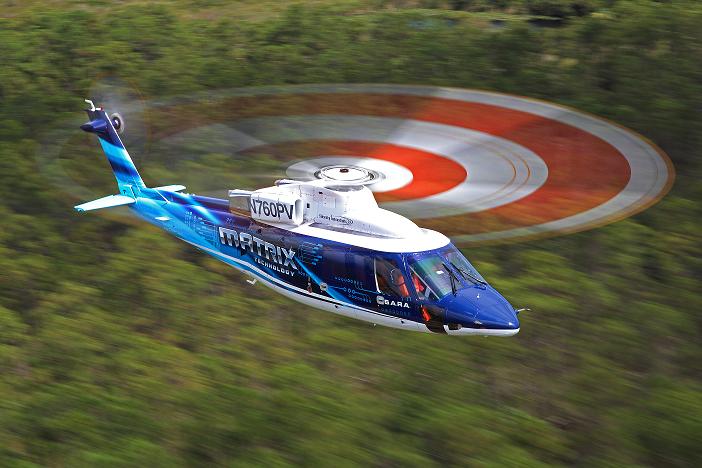 Sikorsky Aircraft, a subsidiary of United Technologies, has announced a major research programme to develop, test and field systems and software that will improve capability, reliability and safety of flight for autonomous, optionally piloted, and piloted vertical take-off and landing (VTOL) aircraft.

Designated as Matrix Technology, the research project is being conducted in collaboration with United Technologies Research Center.

The project, which is led by Sikorsky Innovations, aims to provide rotary and fixed wing VTOL aircraft with a high level of system intelligence required to perform complex missions with minimal human oversight and at low altitudes where obstacles are abundant.

Sikorsky Research & Engineering vice president Mark Miller said that VTOL pilots will increasingly become mission managers, either on the aircraft or when monitoring from the ground via datalink, because they will feel comfortable letting the aircraft fly itself.

"The game-changing Matrix Technology we are developing and testing will provide order-of-magnitude improvements in system intelligence and contingency management to ensure high levels of reliability, and ultimately make unmanned missions by helicopters and VTOL aircraft of all sizes highly affordable," Miller added.

As part of the Matrix Technology programme, Sikorsky Innovations acquired and outfitted an S-76 commercial helicopter featuring fly-by-wire controls to act as a flying lab.

Also known as the Sikorsky Autonomous Research Aircraft (S.A.R.A.), the rotorcraft will enable the rapid flight testing of software and hardware including multi-spectral sensors which were earlier integrated in the systems integration labs at the company’s headquarters in Stratford, Connecticut.

When not in flight mode, S.A.R.A. can be configured as a simulator to develop and test autonomy software and hardware.

A safety pilot will remain aboard the aircraft during the early flight test work.

The KPPs will test and refine software applications and complex algorithms.

The programme will also continue to handle new challenges and cater to customer requirements, which will advance autonomy capability for VTOL aircraft.