ContinueLearn More X
X
Advertise with us
Rohit 10 May 2015 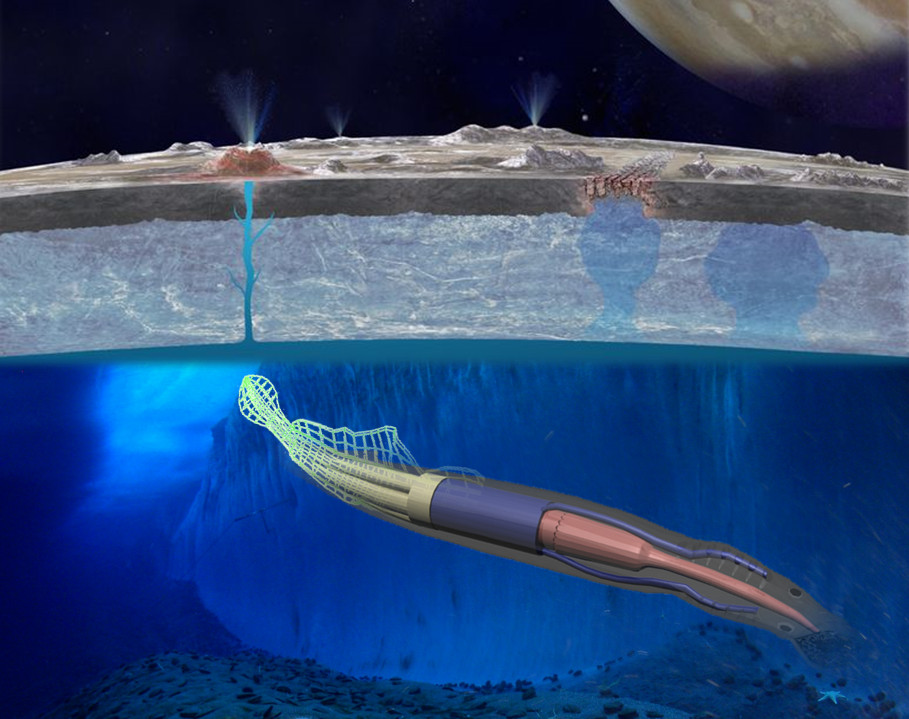 Nasa is considering a proposal to develop a soft-robotic rover for planetary missions, including exploring gas-bearing moons such as Europa.

The proposed rover will look like an eel, and will feature a short antenna that generates power from locally changing magnetic fields.

The technology will facilitate the missions that do not support conventional power systems, Nasa said.

The soft-robotic rover is part of 15 proposals selected as part of phase one of the Nasa innovative advanced concepts (NIAC) programme.

The proposed concepts are said to have potential to accelerate the agency’s planned exploration beyond low-Earth orbit and missions to an asteroid and Mars, among others.

"We are working with American innovators to reimagine the future of aerospace and focus our investments on concepts to address challenges of current interests both in space and here on Earth."

The projects will initially receive around $100,000 grants, to conduct basic feasibility studies of their concepts following which they will be moved to two additional years of concept development and will be granted up to $500,000, as part of phase two of the programme.

"We are working with American innovators to reimagine the future of aerospace and focus our investments on concepts to address challenges of current interests both in space and here on Earth."

One of the proposed projects intends to test two glider-like unmanned aerial vehicles connected by an ultra-strong cable that sail without propulsion at different altitudes.

Similar to a kite surfer, the upper aircraft will provide lift and aerodynamic thrust using the wind shear in the lower stratosphere, while the lower aircraft will generate an upwind force to keep it from drifting downwind.

The cryogenic reservoir inventory by cost-effective kinetically enhanced technology (CRICKET) proposal will explore for water and other compounds in permanently shadowed regions on planetary bodies, to develop a high-resolution map to assist in using these resources.