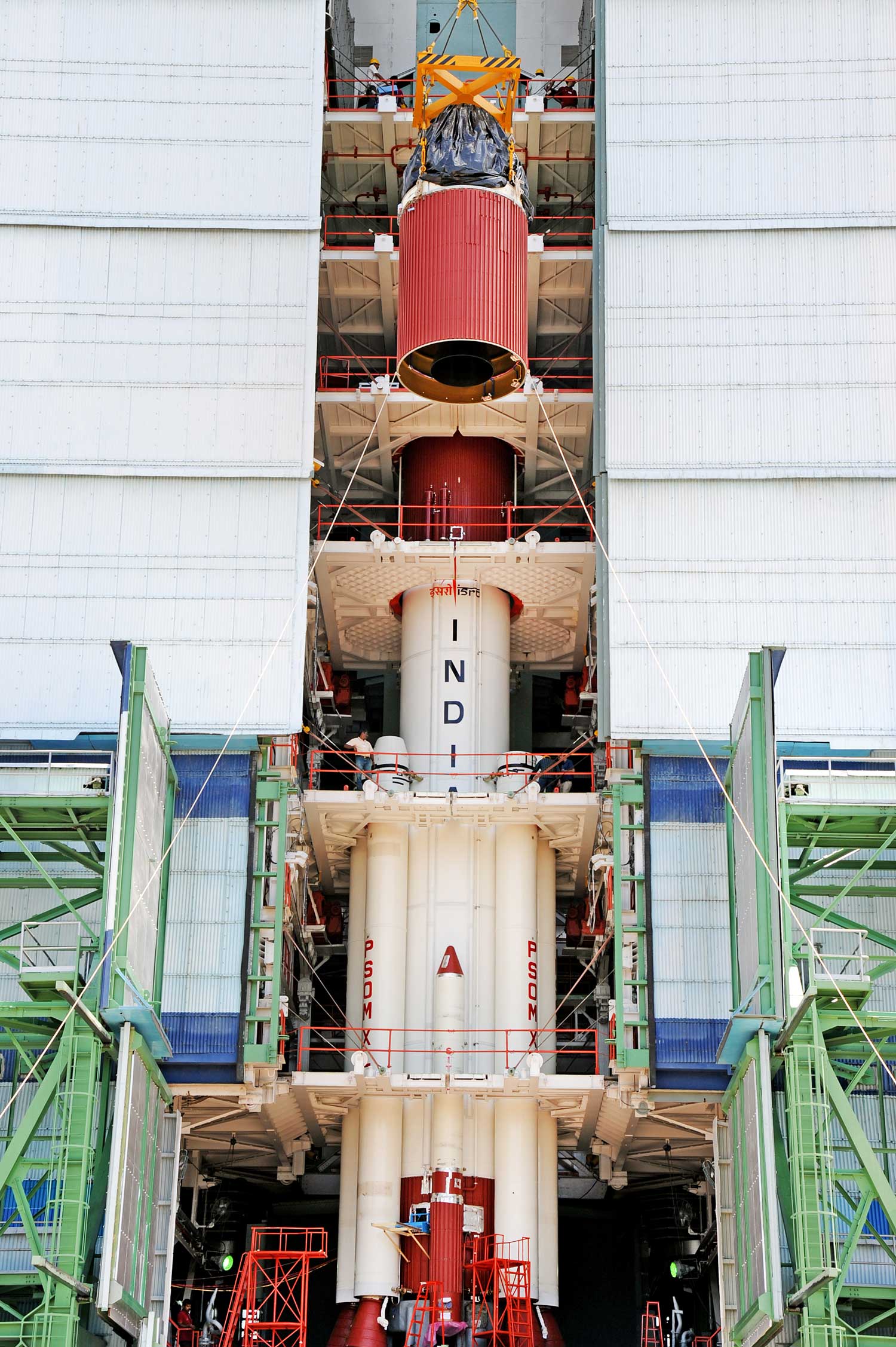 The agency said the launch by Polar Satellite Launch Vehicle (PSLV) will be its heaviest ever commercial mission.

Scientists have finished mounting the heavy satellites on PSLV-XL, the high-end version of PSLV.

Isro spokesman Deviprasad Karnik was quoted by the Times of India as saying: "The weather is fine and everything is going on well.

"The satellites will help identify resources, monitor disasters and urban development, among other applications."

"Fuelling of the second stage will begin on Thursday evening."

CBNT-1 and De-OrbitSail are technology demonstrators built by SSTL and the Surrey Space Centre.

Planned to be located with a separation of 120°, the satellites will help identify resources, monitor disasters and urban development, among other applications.

Image: Integration of third and fourth stage of PSLV-C28 in progress. Photo: courtesy of Isro.