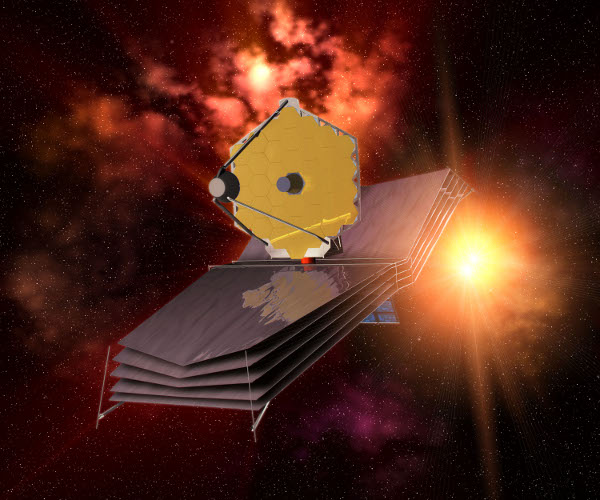 ESA has delivered the first instrument for the James Webb space telescope (JWST) to NASA, which will replace the ageing Hubble device.

"The delivery of MIRI will mark the start of ISIM integration, a major milestone for NASA on the way to completion of JWST by 2018," Greenhouse said.

The MIRI has been built by the European consortium for ESA and the delivery follows successful testing conducted at Rutherford Appleton Laboratory in the UK.

Scheduled to be launched aboard an Ariane 5 rocket from Europe’s spaceport in Kourou, French Guiana, the $9bn (£5.5bn) infrared space observatory will be placed about times further from Earth than the Moon, to some 1.5 million kilometres beyond Earth’s orbit around the Sun.

JWST is a joint project between NASA, ESA and Canadian Space Agency (CSA) and will replace the Hubble Space Telescope.

"The delivery of MIRI will mark the start of ISIM integration, a major milestone for NASA on the way to completion of JWST by 2018."

Carrying a 6.5m primary mirror and a shield to protect its sensitive vision from the heat and strong light of Sun, JSWT will track down groupings of the Universe’s first generation of stars.

Comprising a camera and spectrometer, the new telescope will operate at infrared wavelengths and at a very low temperature of -266°C, to prevent the instrument’s infrared emission from overwhelming faint signals.

The instrument will look into thick layers of dusty regions of intense star birth, observe galaxies near the beginning of the Universe, and study new planet formation sites and the interstellar medium composition.

JWST’s infrared detectors will assist to observe deeper into space than Hubble and further back in time to a period about 13 billion years ago.

ESA said that JWST has a collecting area of more than two and a half times larger than its Herschel Space Observatory.

Image: JWST will be located about four times further from Earth than the Moon and replace Hubble Space Telescope. Photo: courtesy of ESA.