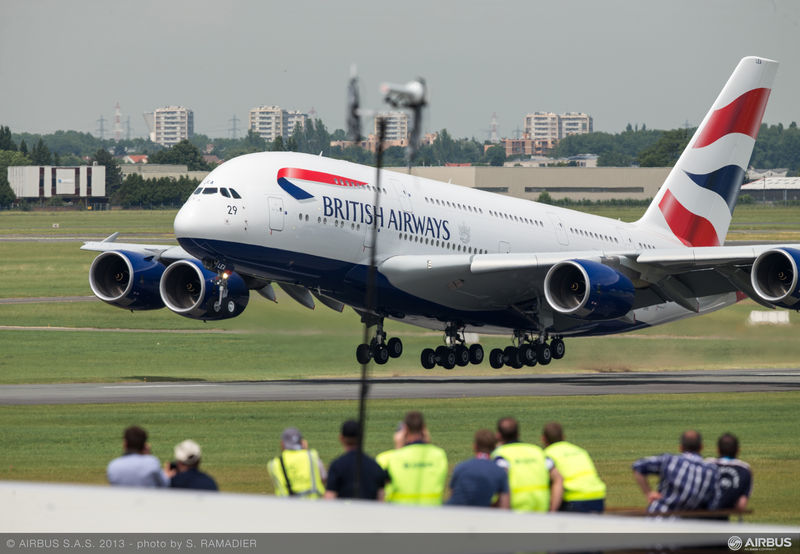 British Airways (BA) has taken the delivery of wide-body, four-engine Airbus A380, becoming the first airline in the UK to operate the double-deck passenger airliner.

The new A380 is the first of 12 aircraft the carrier already has on order.

Following a handover ceremony at Airbus’s delivery centre in Toulouse, France, BA’s A380 is being flown to its home base at London Heathrow where the cabin is being unveiled.

BA, owned by International Airlines Group (IAG), said that it would deploy the new A380 on routes from London Heathrow to Los Angeles and Hong Kong.

BA chief executive Keith Williams said: "It is a great aircraft that has been developed with huge amounts of British engineering ingenuity and we believe it will prove very popular with our customers when it starts flying to its first destination of Los Angeles."

Airbus president and CEO Fabrice Brégier said: "With this new flagship in their fleet, the British carrier opens a new era of long-haul flying and offers its passengers an all-new travel experience."

"With this new flagship in their fleet, the British carrier opens a new era of long-haul flying and offers its passengers an all-new travel experience."

Capable of flying 8,500nm, the A380 provides extra passenger capacity without increasing the number of flights and is part of the solution for sustainable growth at congested airports, according to Airbus.

The A380 has logged 262 firm orders from 20 customers worldwide to date.

British Airways employs more than 40,000 people mainly in the UK, although it has staff based in more 75 countries.

The airline’s route network currently serves more than 177 destinations and it operates some 300,000 flights a year.

Image: British Airways will deploy the new A380 on routes from London Heathrow to Los Angeles and Hong Kong. Photo: courtesy of S Ramadier / Airbus SAS.