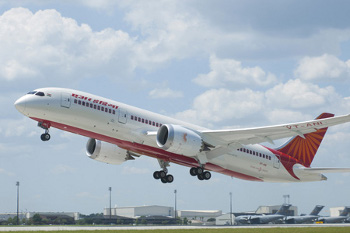 Boeing plans to deliver a 787 Dreamliner to India’s flag carrier Air India next week, having received certification from US Federal Aviation Administration.

It is the first Dreamliner manufactured at Beoing’s North Charleston facility in South Carolina, and is equipped with General Electric Co GEnx engines, which recently experienced failures and had to undergo testing from federal authorities.

Boeing South Carolina vice president and general manager Jack Jones was quoted by Reuters as saying that the checks on all GE engines have been completed.

The engine issues did not cause a delay in the delivery schedule, added Jones, who expects the production rate at the facility to increase to three-and-a-half airplanes after one month.

This delivery will be crucial milestone for the Boeing jet as it has been plagued by assembly problems, resulting in delays and higher cost overruns.

"This delivery will be crucial milestone for the Boeing jet as it has been plagued by assembly problems, resulting in delays and higher cost overruns."

Federal authorities conducted inspections on the 787 Dreamliner engines following recent incidents in which a midshaft fan on the engines either displayed cracks or fractures.

Two 787 Dreamliners manufactured at Boeing’s Washington facility have already been delivered to Air India from the South Carolina delivery facility.

The Indian carrier has put its first Dreamliner into operation and received the second aircraft on 18 September 2012.

Made primarily of lightweight carbon fibre materials, the new aircraft is lighter compared with standard aluminium wide-body jets and uses 20% less fuel than other planes of similar size.

Image: The delivery of third 787 Dreamliner to Air India will be a crucial milestone for the Boeing jet, which has been plagued by engine failures. Photo: courtesy of Boeing.