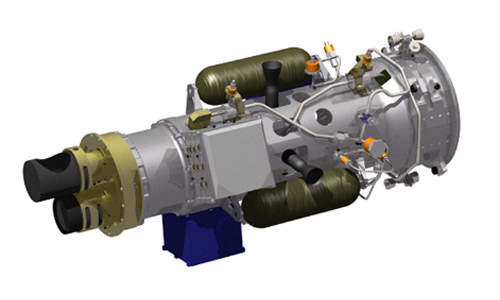 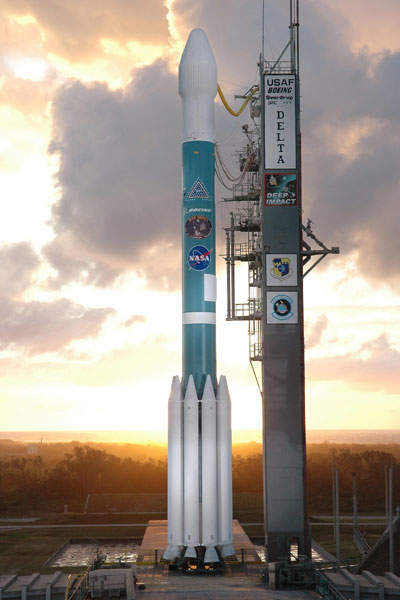 The XSS-10 micro satellite was launched into space on a Delta II rocket. 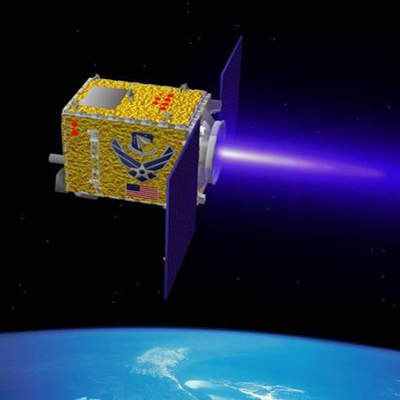 The XSS-10 led to the development and production of XSS-11, which used a minotaur rocket to get into orbit.

XSS-10, the first micro satellite of the XSS series, is a satellite system principally used to test the technology for line of sight guidance and control software of spacecraft. The small and low-cost satellite system is located at a 39.75° inclination in the low earth orbit (LEO) and has an orbital period of 98 minutes.

The XSS-10 was designed and developed by the Air Force Research Laboratory (AFRL) Space Vehicles Directorate, US, under the Experimental Spacecraft System (XSS) Micro Satellite Demonstration Project. The XSS programme is being conducted by the USAF and XSS-10 was the first satellite to be launched. The satellite can be used to demonstrate, maintain and provide repair services to spacecraft on or beyond the orbit.

The XSS-10 was launched into LEO on 29 January 2003 on the piggyback of the Delta II launch vehicle through a Sconce integrated camera and star sensor. It was launched along with the Navstar-2R 8 satellite from Cape Canaveral Air Force Station (CCAFS), Florida, US.

The XSS-10 is a micro-satellite system used for testing telemetry tracking and command (TT&C) systems using the Air Force Satellite Control Network (AFSCN). The state-of-the-art panchromatic camera is deployed in the system to monitor and capture the live videos of Delta II’s second stage after separation from the Navstar-2R 8. It also transmits imagery to the ground control station.

In December 1997, the XSS-10 programme began with the aim to become the successor of the cancelled Clementine II programme. Various advanced technologies were implemented in the XSS-10 system to achieve efficient operational capability. The satellite travelled 200m away from the Delta II second stage to capture images of objects in space.

“The XSS-10 was launched into LEO on 29 January 2003 on the piggyback of the Delta II launch vehicle.”

The satellite system procures and tracks the object in space with a visible sensor, and demonstrates a real-time radio frequency link between the system and AFSCN. It also delivers and ejects one XSS-10 into orbit.

The successful launch of the XSS-10 led to the development of XSS-11. The latter system examines the refuelling technologies of the satellite and executes space operations automatically.

The XSS-10 features advanced on-board avionics, high-resolution panchromatic cameras, restrained solar panels and Delta II propulsion systems. The solar panels are used to absorb heat energy from the sun and convert it into electrical energy. The avionics incorporated in the system are used for precision guiding. The system is also equipped with primary lithium polymer batteries and communication systems.

AFRL awarded a contract to Swales Aerospace to design and develop a launch carrier system, known as ‘Sconce’, for the XSS-10 project. The Sconce platform reduced the payload launch costs and acted as an interface between the micro satellite and the second-stage guidance system of Boeing’s Delta II launch vehicle.

The Sconce is equipped with two Qwknuts to accommodate the preparation table vertical for flight through the vibration-intense ascent. Once the command is received from the launch vehicle, the Qwknut sets and starts its mission. The Qwknut can be switched off in 60 seconds by simply pressing the reset lever.

The XSS-10 system was launched as a secondary payload on top of the Delta II (7925) launch vehicle from Cape Canaveral Air Force Station (CCAFS), Florida. The launch vehicle is set up into two or three stages to cater for a variety of mission requirements. The Delta II is manufactured by Boeing Integrated and Defence Systems.

The Navstar-2R 8 satellite was incorporated in the first stage and XSS-10 in the second stage of the Delta II launcher. The system was successfully launched into LEO, located 800km above earth, using the mission control software.

The AFSCN is used to control and track the satellite using a telemetry tracking and command links (TT&C) system. The data from the micro satellite can be transferred to the ground station using a radio frequency link between the system and the AFSCN.

The TT&C system is a technology primarily used to track and control the satellite when deviating from its orbit. Communication between the satellite and ground station takes place through the bandwidth allocated to the service provider.