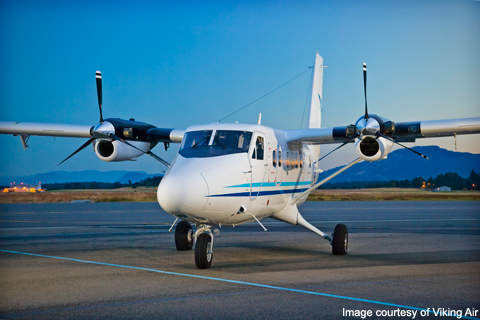 The aircraft is constructed with composite materials. 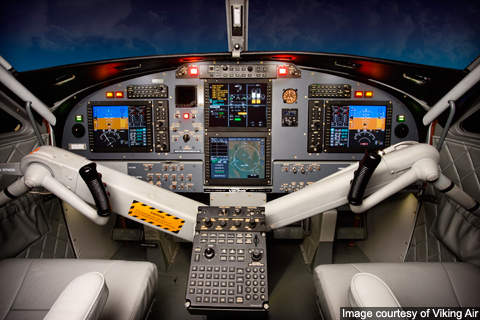 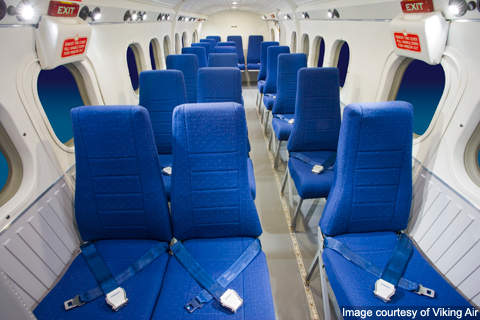 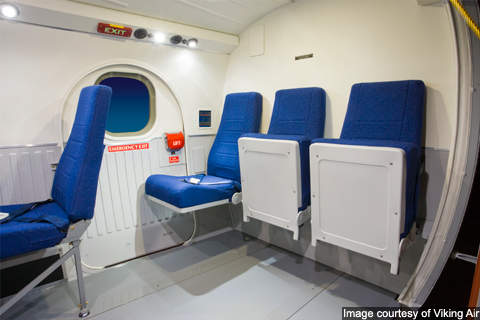 Viking Air unveiled its decision to build DHC-6-400 during the Farnborough Air Show held on 17 July 2006. The development began in 2007 with deliveries planned until 2014.

Its maiden flight took place on 16 February 2010 in Calgary, Alberta and the aircraft entered service in July 2010.

Viking Air has also developed an upgraded model of the DHC-6-400 called Guardian 400 which is principally used for maritime surveillance, security, sovereignty, and search and rescue operations. The upgraded version is equipped with electro-optic and infra-red cameras, a spotter camera, a laser ranger finder and a laser illuminator.

Global Aerospace Logistics (GAL) awarded a $65m contract to Viking Air on 16 June 2009 for 10 DHC-6-400 aircraft of which six are land plane configured and the remaining are Guardian 400s. The deliveries are scheduled between 2010 and 2012.

Air Loyaute ordered two DHC-6-400 aircraft in June 2009.The aircraft will be additionally fitted with medical evacuation stretcher capability. Deliveries will begin in 2011.

The Vietnam Navy ordered six DHC-6-400 aircraft in May 2010. The aircraft will be fitted with air conditioning, galley and lavatory installations. Deliveries are planned for between 2012 and 2014.

The first DHC-6-400 aircraft was delivered to Zimex Aviation on 20 June 2010 during the Farnborough Air Show.

Designed to operate in adverse weather conditions, the DHC-6-400 has a robust airframe that is constructed with composite materials to reduce the aircraft’s overall weight by 25% to 40%.

The assembly of the first four DHC-6-400 aircraft is being carried out at Viking’s final assembly facility in Calgary, Alberta. Detailed assemblies are advancing in the manufacturing facility at Victoria in British Columbia.

“Viking Air has also developed an upgraded model of the DHC-6-400 called Guardian 400.”

The cabin is 5.61m-long and 1.50m-high, with a volume of 10.87m². It accommodates 19 passengers in two seating areas. Two main cabin doors are fitted on either side of the fuselage.

Honeywell Primus Apex is the prime contractor involved in the manufacturing of the avionics system.

The Viking DHC-6-400 is powered by two Pratt & Whitney Canada PT6A-34 turboprop engines, each producing 559kW of output power. Each engine is fitted with two Hartzell three bladed propellers made of aluminium. The propeller can turn at a constant speed of 2,200rpm.

An epicyclic speed diminution gearbox is set-up in the engine to reduce propeller noise by optimising the output speed.

The aircraft is fitted with a standard tricycle type landing gear comprising Cleveland wheels and brakes. It can be reconfigured with amphibious floats, skis, wheel skis or intermediate floatation landing gear to land in rough field environments.