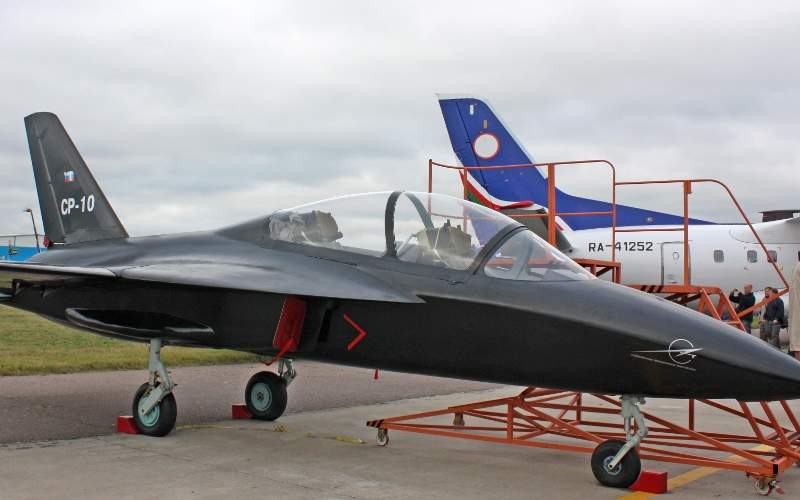 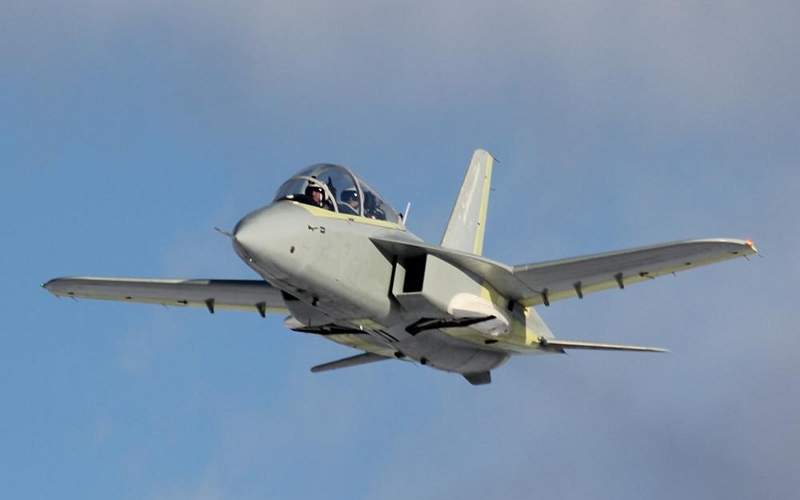 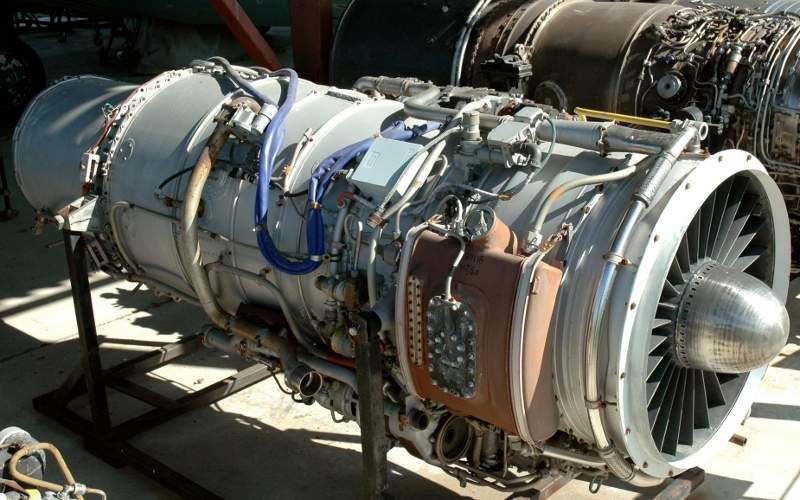 The aircraft is powered by a single AI-25TL turbofan engine. Credit: VargaA.

Also known as CP-10, SR-10 is a twin-seat, single-engine jet trainer aircraft developed by Russian design bureau KB SAT. The aircraft can be used for elementary and intermediate levels of pilot training, as well as to enhance the piloting skills of military and commercial pilots. It is being developed for the Russian Air Force as well as export.

The prototype of the aircraft is fitted with a single forward-swept wing and completed its maiden flight test at an airfield near Vorotynsk, in the Kaluga region, in December 2015. During the first flight test programme, the aircraft’s qualitative performance including certain flight characteristics, stability and controllability, operation of systems and equipment was assessed. The aircraft is being tested further at the Gromov Flight Research Centre in Moscow.

“The aircraft can be used for elementary and intermediate levels of pilot training, as well as to enhance the piloting skills of military and commercial pilots.”

KB SAT plans to build the first 16 SR-10 aircraft by the end of 2016, which will be followed by mass production of the aircraft in 2017. Russia’s Defence Ministry has allocated RUR2.5bn ($34m) for the SR-10 development project.

The SR-10 supersonic light jet training aircraft is an intermediate trainer between the light Yak-152 and Yak-130 aircraft. It has an integrated aerodynamic design, which enables it to perform safe aerobatics.

The aircraft comes with a moderate wing of the reverse sweep that allows greater manoeuvrability. The wing is swept forward at a 10° angle. The exterior dimensions of the aircraft include a length of 9.59m (31ft 6in), height of 3.55m (11ft 8in), and wingspan of 8.40m (27ft 7in).

Built of modern composite materials, the aircraft uses a glider to reduce weight and increase the resource in the airframe. It has a very low operating cost compared to other machines.

The SR-10 light training jet comes with a double cabin configured in tandem. It is equipped with ejection seats of Class 0-0 in the cabin to ensure safety for the crew at all altitudes and speeds of piloting. The cabin is facilitated with comfortable working conditions.

The prototype is powered by a single Ivchenko AI-25TL turbofan engine that generates a 16.87kN (3,790lb) thrust. The production aircraft are expected to be fitted with a more modern Russian engine, such as NPO Saturn AL-55.