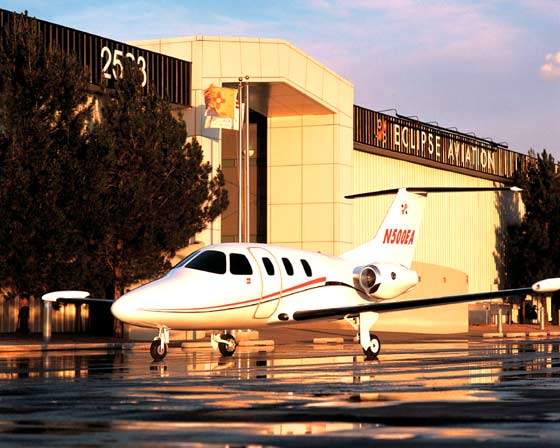 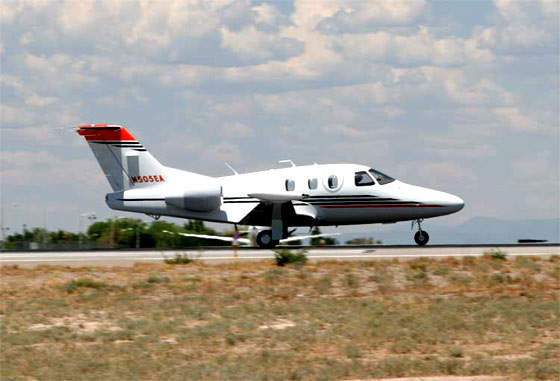 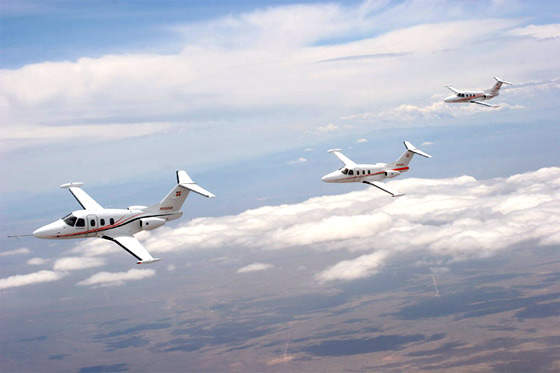 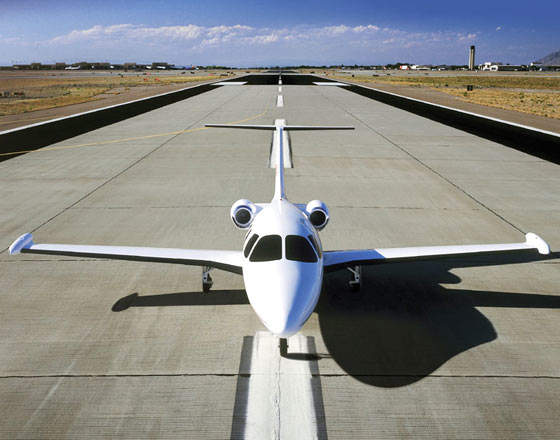 The Eclipse 500 can operate from paved, grass or dirt runways. 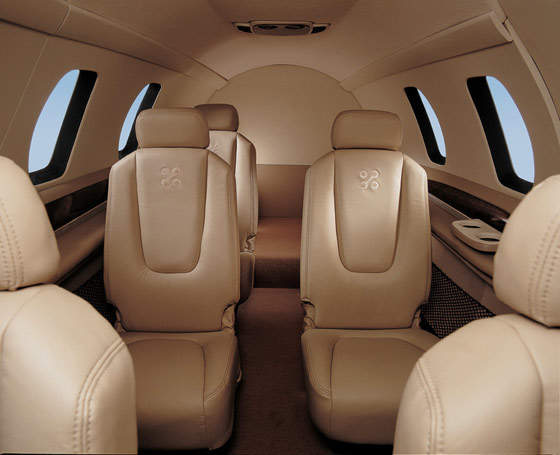 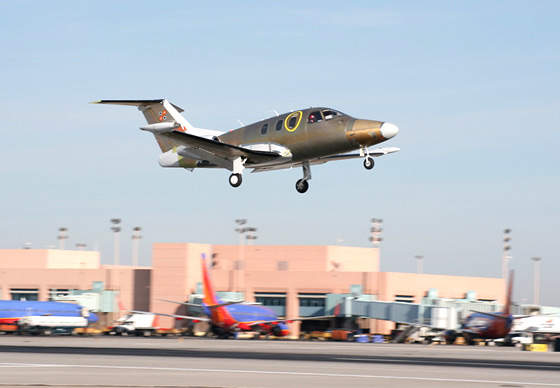 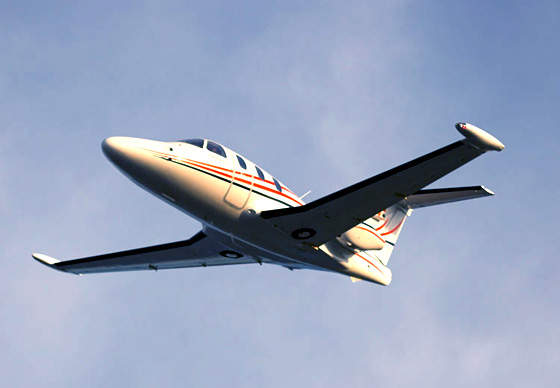 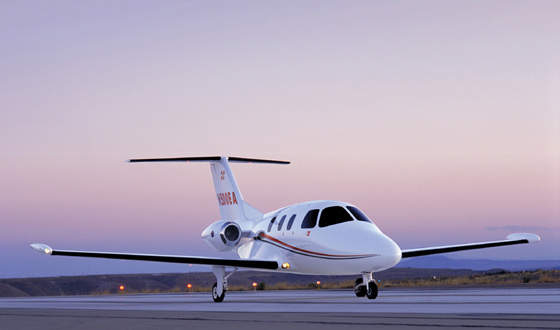 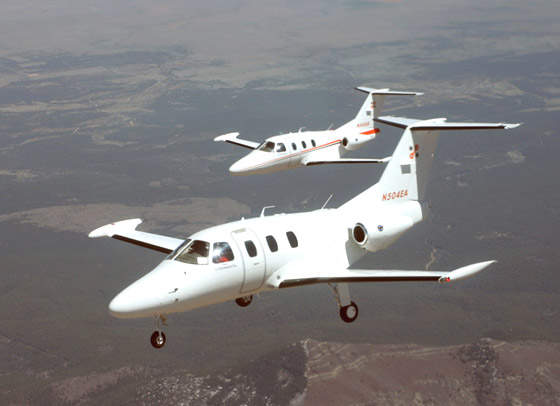 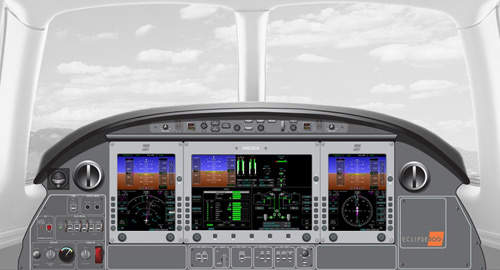 The Eclipse 500 is fitted with an all glass cockpit and the Avio NG avionics suite.

The Eclipse 500 very light jet is manufactured by Eclipse Aviation at its production facility in Albuquerque in New Mexico. The Eclipse 500 is marketed for pilot / owners, aircraft charter and air taxi services, as an economical and luxurious six-seat twin turbofan jet.

The first test Eclipse 500 aircraft made its maiden flight in August 2002, with Williams EJ22 engines. In November 2002, Eclipse Aviation decided to replace the engines and aircraft are now fitted with Pratt & Whitney Canada PW610F engines. First flight with the new engines was in December 2004.

DayJet was the first air-taxi operator to receive the aircraft, three were delivered in April 2007. Dayjet had received 12 aircraft by September 2007 and in October 2007 launched operations using Eclipse 500 aircraft.

In June 2008, Eclipse Aviation launched the single-engine four-place Eclipse 400. The Eclipse 400 is powered by one Pratt & Whitney Canada PW615F engine and cruises at 41,000ft. It has a projected maximum cruise speed of 330kt and range of 1,250nm with IFR reserves. Deliveries of the Eclipse 400 are scheduled to begin in the fourth quarter of 2011.

The aircraft is of conventional aluminium construction with traditional components (spars, stringers, ribs frames and clips). All critical joints, such as the skin splices, bulkhead and spar to fuselage attachments are mechanically fastened.

The aircraft is fitted with wing and horizontal tail pneumatic de-icing boots. The windshield and the air data probes are fitted with electrically powered de-icing systems.

The Eclipse 500 is fitted with an all-glass cockpit with two primary flight displays and one multifunction display, which provide system control and clearly show the flight parameters, engine and system performance data.

“The Eclipse 500 can operate from paved, grass or dirt runways.”

It is equipped with embedded backup instrumentation and both the primary flight displays and multifunction display have reversionary modes to allow the transfer of information to the other displays.

Avidyne Corp. supplied the displays and software for early production aircraft but, in March 2007, Eclipse Aviation announced that Avidyne would be replaced by a new team of avionics suppliers – including Innovative Solutions & Support (IS&S), Chelton Flight Systems, Garmin International, Honeywell and PS Engineering. The Avio avionics suite is being replaced with the Avio NG suite which received certification in December 2007. Avio NG is being retrofitted to all previously delivered aircraft by the end of 2008.

Following certification in February 2008, all aircraft are being fitted with a new colour weather radar designed by Eclipse and Japan Radio Co (JRC).

Unique to the Eclipse 500 is the PhostrEx engine fire suppression system, which is not based on Halon and has no ozone depletion potential. PhostrEx has been certified by the FAA and meets the standards of the Montreal Protocol, a treaty for the protection of the ozone layer.