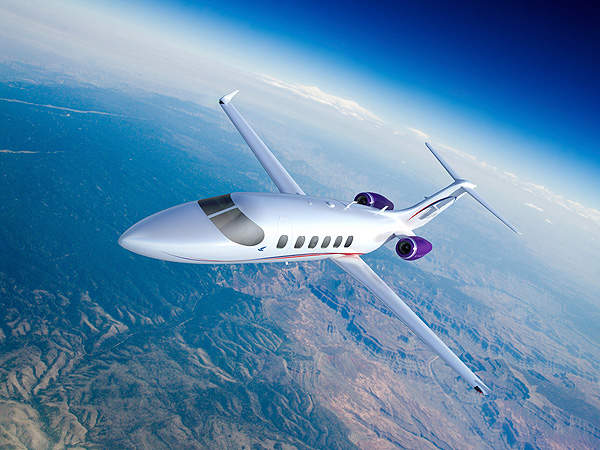 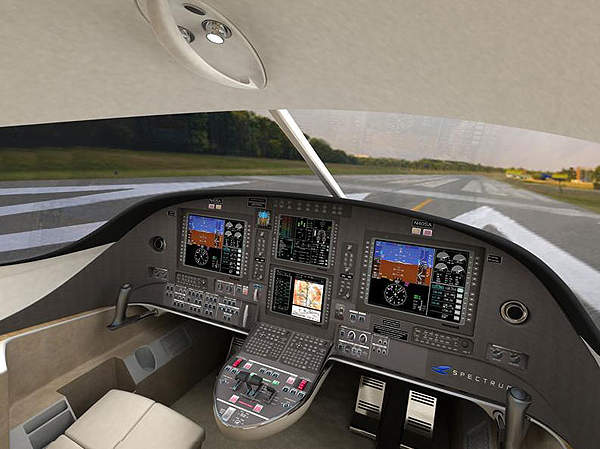 The digital flight deck of the S-40, which features the Honeywell Primus Apex avionics suite. Image courtesy of Spectrum Aeronautical. 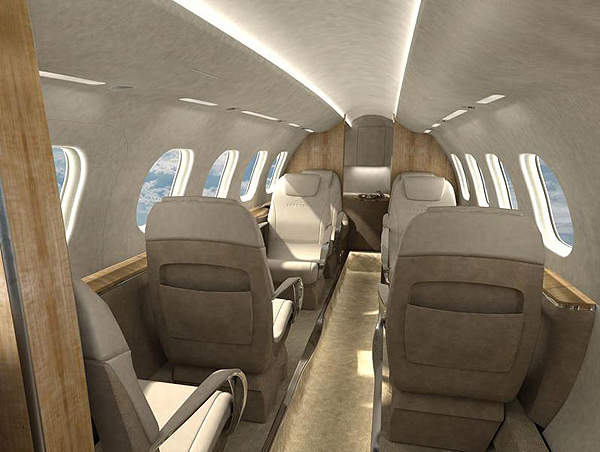 Delivery of the S-40 was initially planned in 2009, but it was delayed due to the financial crisis. The prototype was under development as of March 2012.

Orders for the S-40 from Jet Pool and Starfish Aviation

Jet Pool ordered a fleet of S-40 Freedom jets in February 2008. Another S-40 order was received from Starfish Aviation in September 2008.

The sleek and aerodynamic design of the S-40 Freedom will accomplish more fuel efficiency compared to conventional business jets. The tricycle-type undercarriage design allows the aircraft to take-off from and land on muddy airstrips and short runways.

The airframe will be built with fibeX carbon-fibre technology to improve robustness, avoid corrosion and optimise drag in-flight. The unique combination of carbon-fibre and epoxy will reduce the empty weight of the S-40 jet by 40%, compared to conventional aircraft built of aluminium.

The development plan for the S-40 was rolled-out in October 2006 at the National Business Aviation Association (NBAA) convention.

Spectrum Aeronautical awarded a contract to GE Honda Aero Engines in October 2006 to supply Honda HF-120 engines for integration in to the S-40 jet. The first fuselage of the S-40 was produced in June 2009.

The S-40 will boast a pressurised cabin measuring 6.4m long, 1.8m wide and 1.8m high. The cabin can accommodate seven to nine passengers with ample leg space. It will provide in-flight access to the 80 cubic feet of available volume in the external baggage compartment.

Honeywell Aerospace was contracted by Spectrum Aeronautical in May 2008 to incorporate its Primus Apex avionics suite on the S-40 Freedom business jet.

The S-40 will be powered by two HF120 turbofan engines, producing 8.04kN of maximum thrust each. The engines were designed and developed by General Electric Honda Aero Engine at their plant in Burlington, North Carolina.

The length and diameter of the engine are 1.1m and 0.53m respectively. The dry weight is 181kg. The time between overhaul of the engine is 5,000 hours.