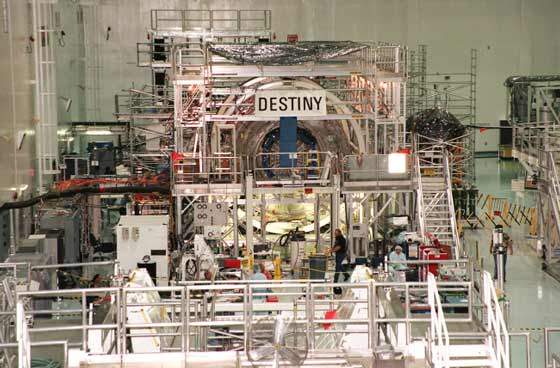 The Destiny space laboratory at the Kennedy Space Centre (KSC). 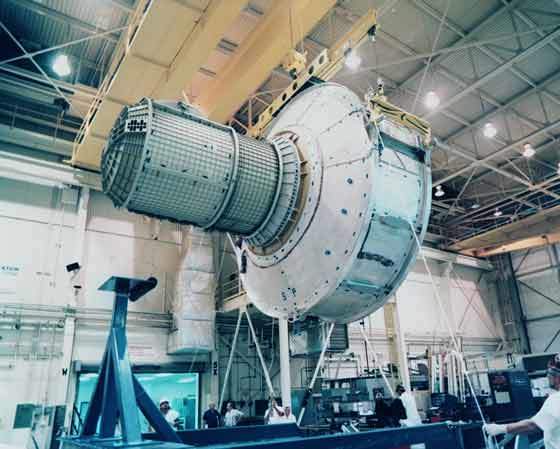 The airlock being lowered by a crane in the American Space Flight Centre in Huntsville. 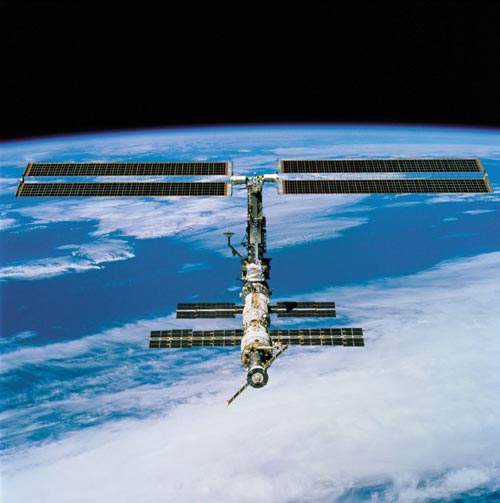 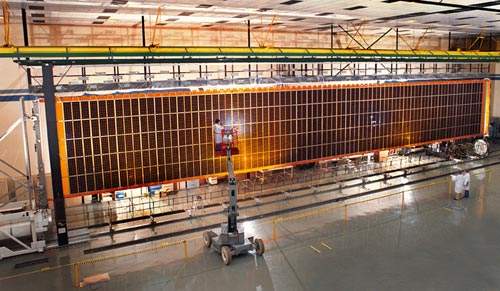 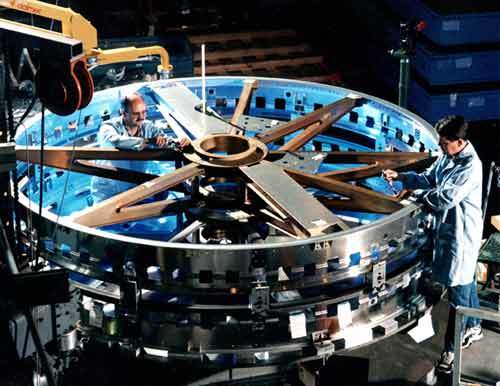 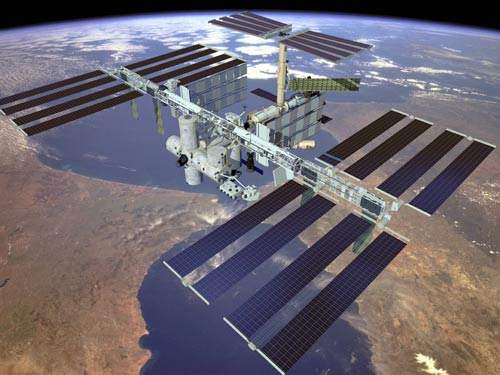 After its successful launch in May 2001 the crew of flight STS-100/6A safely landed the space shuttle Endeavour. The Commander and crew of seven spent eleven days in orbit and, with the help of the current ISS crew, Expedition Two completed all its major mission goals.

The International Space Station will establish an elaborate laboratory complex in orbit, with more than four times the space and with almost 60 times the electrical power for experiments (critical for research capability) than Russia’s Mir. Research in the station’s six laboratories will lead to discoveries in medicine, materials and fundamental science. Through its research and technology, the station will also serve as an important step in preparation for future human space exploration.

The completed International Space Station will have a mass of about 1,040,000lb. It will measure 356ft across and be 290ft long, with almost an acre of solar panels to provide electrical power to its six laboratories.

The station will be in an orbit with an altitude of 250 statute miles and an inclination of 51.6°. This orbit allows the station to be reached by the launch vehicles of all the international partners to provide a robust capability for the delivery of crews and supplies. The orbit also provides excellent Earth observations with coverage of 85% of the globe and 95% of the population.

The United States has the responsibility for developing and ultimately operating major elements and systems aboard the station. The US elements include three connecting modules, or nodes, a laboratory module, truss segments, four solar arrays, a habitation module, three mating adapters, a cupola, an unpressurised logistics carrier and a centrifuge module. The various systems being developed by the US include thermal control, life support, guidance, navigation and control, data handling, power systems, communications and tracking, ground operations facilities and launch-site processing facilities.

Canada is providing a 55ft-long robotic arm to be used for assembly and maintenance tasks on the Space Station.

Japan is building a laboratory with an attached exposed exterior platform for experiments as well as logistics transport vehicles.

Russia is providing two research modules, an early living quarters called the Service Module with its own life support and habitation systems, a science power platform of solar arrays that can supply about 20kW of electrical power, logistics transport vehicles and Soyuz spacecraft for crew return and transfer.

In addition, Brazil and Italy are contributing some equipment to the station through agreements with the United States.

The first phase of the International Space Station, the Shuttle-Mir Programme, began in 1995 and involved more than two years of continuous stays by astronauts aboard the Russian Mir Space Station and nine Shuttle-Mir docking missions. Knowledge was gained in technology, international space operations and scientific research.

The next stage consisted of the Functional Cargo Block from Russia and Node 1 (with Pressurized Mating Adapters) from the United States. The Functional Cargo Block was lifted into space atop an unmanned Proton vehicle from the Baikonur Cosmodrome in November 1998. During the Endeavour’s seven-day mission, a combined Astronaut-Cosmonaut crew of six joined the two major elements.

Expedition Two arrived during flight 5A.1/STS-102, the eleventh mission to station. The 5A.1 crew, along with the Expedition One crew, unloaded scientific racks and supplies from the Italian-built MPLM Leonardo to add to the ever-growing station. This delivery brought six systems racks that were installed in the US Lab Destiny. The racks provide control of the station’s robotic arm, convert solar power to electric power from the solar arrays and support the Ku-Band communications system and the command and control system.