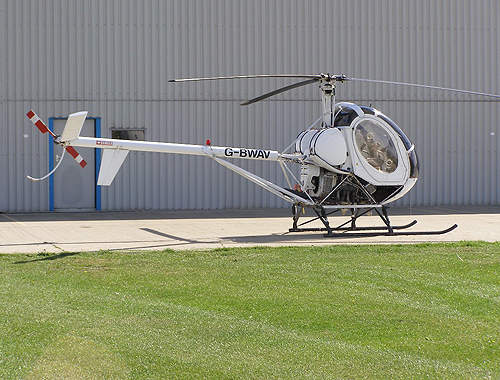 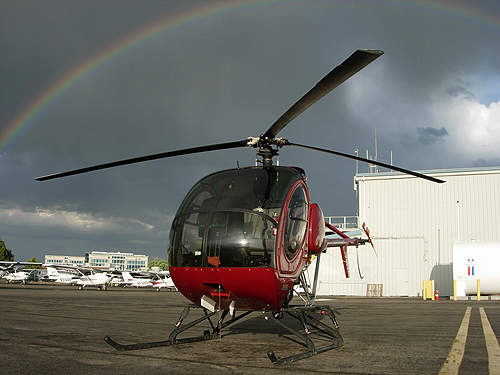 Schweizer 300C has a rugged airframe 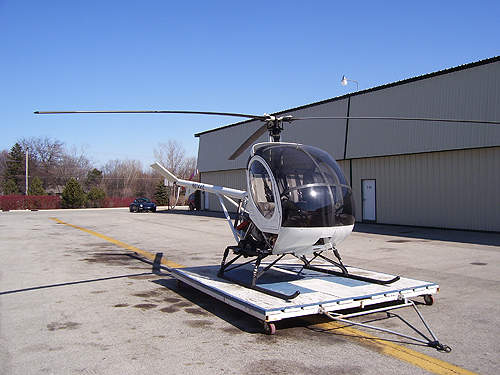 The Schweizer 300C is a single-engine light trainer or utility helicopter designed and manufactured jointly by Schweizer Aircraft Corporation (SAC), and Sikorsky Global Helicopters (SGH). The helicopter can execute a range of missions including troop transportation, military and civil training, aerial photography and law enforcement patrol. It can perform pipeline and traffic patrol, aerial applications, aerial surveys and lift operations in all weather conditions.

The helicopter was initially developed as the 269C by Hughes Aircraft Corporation. SAC obtained the licensing rights from Hughes in 1983 and renamed the aircraft as 300C. Production of the first 300C began in 1984 and was delivered to the Baltimore Police Department in June1984. The name was changed to S-300C in February 2009 to reflect Sikorsky’s ownership. The company later built an extended version of 300C, known as 300CB helicopter.

In January 2010, Sikorsky and Simplex–Helipod jointly unveiled a plan to develop the Simplex–Helipod model H269 spray system for use in agriculture. The system is being incorporated in S-300C and S-300CBi helicopters. Federal Aviation Administration certification process for the same is yet to begin.

LD Aviation Prague received an S-300C from SGH in April 2009. All American Helicopters (AAH) was delivered an S-300C in June 2009. This new helicopter joined the three S-300Cs currently operating in the AAH fleet.

“The Sikorsky S-300C helicopter was initially developed as the 269C by Hughes Aircraft Corporation.”

SGH delivered an S-300C to Superior Flight School of Greater Atlanta in August 2009.

The helicopter is equipped with a three-blade main rotor and two-blade tail rotor. The fuselage section is 6.76m long. The width and height of the fuselage are 1.30m and 2.18m respectively.

The S-300C has a spacious and comfortable cockpit which is 1.45m long and 1.5m wide. Two different configurations of the cockpit are available, namely right-hand pilot-in-command (PIC) and optional left-hand pilot-in-command (PIC). The right-hand flight control configuration facilitates the helicopter to accommodate two crew members (student and instructor).

The cockpit is equipped with airspeed indicator which displays the aircraft speed.

The low fuel warning light indicates the quantity of fuel existing in the aircraft.

A magnetic compass displays the direction of the helicopter relative to earth’s magnetic poles.

The helicopter is also incorporated with KR21 marker beacon receiver to identify the aircraft’s position in a specified route. It is also fitted with KX155-39 navigation or communication systems, Garmin GTX320A transponder, vertical speed indicator and NATAA83 intercommunication stereo.

The S-300C is powered by a single Textron Lycoming HIO-360 D1A piston engine which produces 141kW of continuous output power. The prime contractor involved in manufacturing the engine is Lycoming.

The S-300C can climb at the rate of 3.8m/s. The maximum and cruise speed of the aircraft are 176km/h and 159km/h respectively. The range is 694km and the service ceiling is 4,450m. The maximum endurance is 7.4 hours. The helicopter weighs around 499kg while its maximum take-off weight is 930kg.