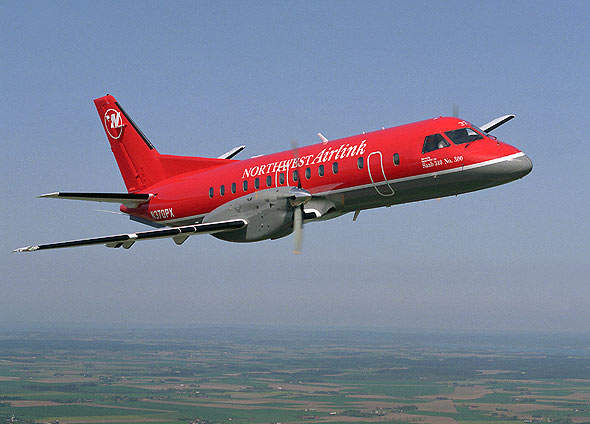 The Saab 340B turboprop in service with Northwest Airlink of Memphis, Tennessee. 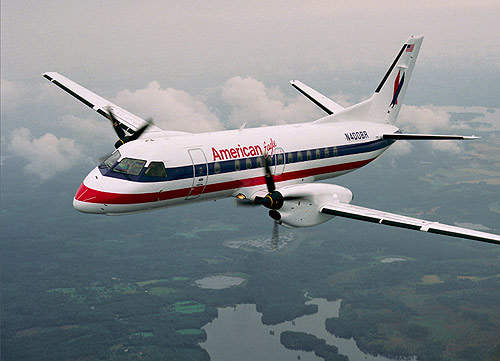 Saab 340B in the fleet of American Eagle. 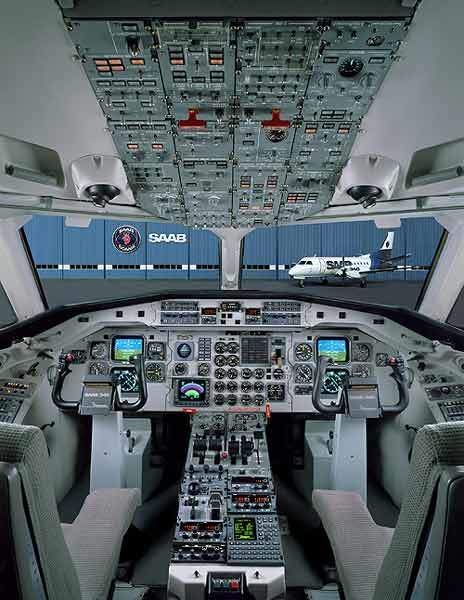 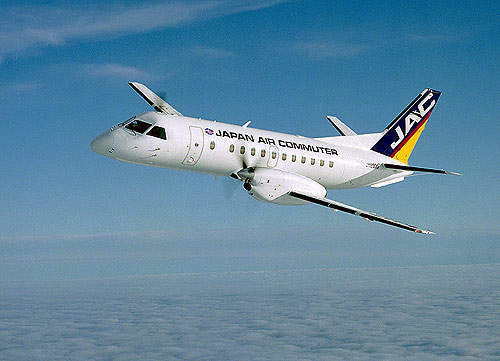 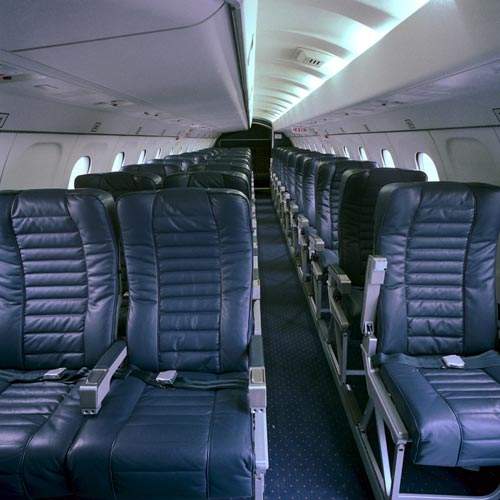 The interior of the Saab 340B. 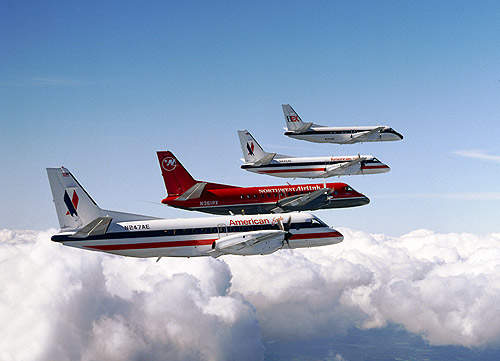 The Saab 340B has completed over 10 million flights. 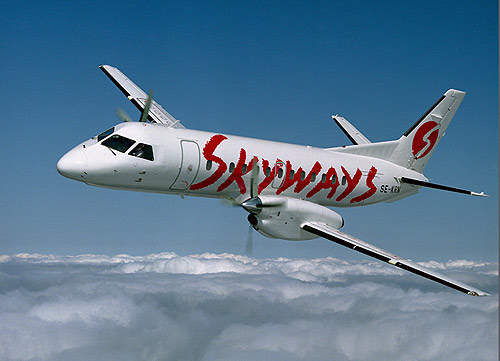 Saab 340B in the colours of Skyways of Sweden. 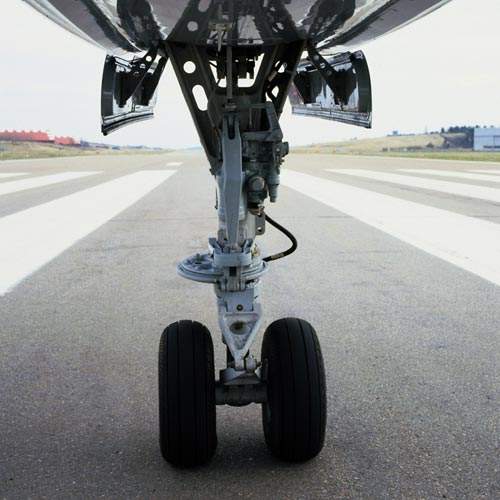 Saab 340 in service with Golden Air of Sweden.

The Saab 340B regional airliner, which first flew in 1989, was developed as a hot-and-high-performance version of the successful Saab 340A twin turboprop transport aircraft with improved operating weight and increased maximum range with maximum payload. Since the aircraft entered service in 1984 with the launch customer Crossair, the Saab 340 has completed over ten million flights. The aircraft is in service with 49 operators worldwide. Production of the aircraft ceased in 1999.

Saab Aircraft Leasing, with headquarters in Washington DC, leases around 289 Saab 340B and Saab 2000 aircraft to 25 airlines.

“The Saab 340B can be fitted for special mission configurations.”

In January 2004, Saab Aircraft Leasing received an order for two 340Plus aircraft from the Swedish Defense Materiel Administration (FMV). The aircraft are used for passenger transport and replace three KingAir B200.

In December 2005, the Japan Coast Guard ordered an additional two 340Plus aircraft, designated 340SAR-200 for search and rescue.

In November 2007, the Argentine Air Force ordered four 340B aircraft for transport to be delivered 2008/09. They will be operated by the LADE airline (managed by the Air Force) in the Patagonia region.

The Saab’s aircraft cockpit accommodates two pilots and an additional seat is available for an observer or training crew. The flight deck windows are fitted with an electrical de-icing system. The flight deck is fitted with conventional and manual controls and a dual electronic flight instrument display.

The avionics suite includes a Rockwell Collins APS-85 autopilot, a Rockwell Collins APS-85 automatic flight control system, an integrated VHF Omnidirectional Ranger and Instrument Landing System (VOR / ILS) and a Hamilton Sundstrand Ground Proximity Warning System (GPWS). The antenna of the VOR and the localiser of the instrument landing system are just visible about two-thirds up side of the tail fin near the forward edge.

The communications suite onboard the Saab 340B includes a Rockwell Collins VHF communications unit, an Avtech passenger address unit and a Telephonics cabin interphone. The cockpit voice and cockpit data recorders are supplied by Lockheed Martin.

The weather radar is installed in the nose.

The main cabin can be fitted in a number of configurations: for 35 or 37 passengers in three-abreast seating; as a corporate or VIP airliner; as a combination passenger and cargo aircraft; or as an all-cargo aircraft.

The first all-cargo version of the Saab 340B was granted the cargo-only FAR/JAR Class E certification in September 2002. The conversion has been developed under a joint initiative by Saab Aircraft AB and Field Aviation Company based in Calgary, Canada. Saab Aircraft Leasing delivered the first aircraft to the launch customer, Castle Aviation, in April 2004.

“The Saab 340B regional airliner,is a hot-and-high-performance version of the successful Saab 340A.”

The aircraft is powered by two GE CT7-9B turboprop engines, each rated at 1,305kW and at 1,394kW with automatic power reserve.

The engines are fitted with Dowty or Hamilton four-bladed auto-feathering reverse pitch propellers. The two integral fuel tanks, with a total capacity of 3,220l, are installed in the wings. A single-point pressure refuelling intake is located in the starboard outer wing. Each wing has a gravity refueling point in the upper surface of the outer wing section.