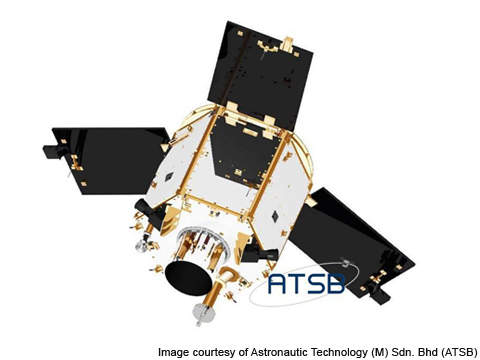 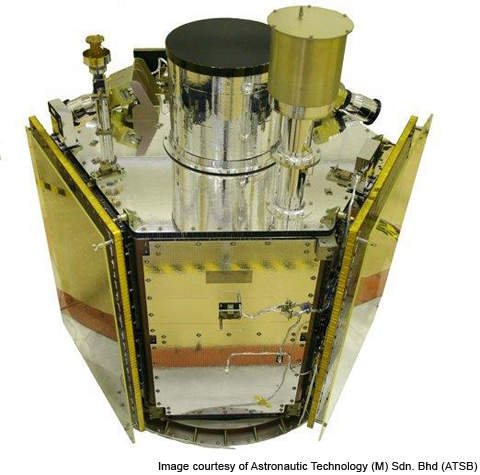 It was launched into near equatorial low earth orbit (NEqO) via the SI-200 spacecraft bus on the piggyback of Falcon 1 launch vehicle on 14 July 2009. 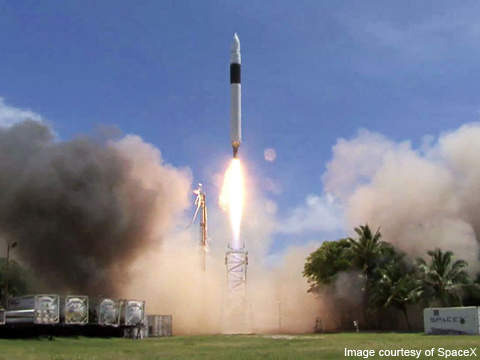 The satellite monitors environmental change over the equatorial region with unique revisit features.

A remote sensing satellite, the RazakSAT (formerly known as MACSAT) is designed and built jointly by Astronautic Technology (M) Sdn.

Bhd (ATSB) of Malaysia and Satrec (Satellite Technologies and Research Centre) Initiative to capture high resolution imagery of the earth and transmit it to the ground station. It is being operated by ATSB.

The satellite was shipped to the launch site in March 2009. It was launched into near equatorial low earth orbit (NEqO) via the SI-200 spacecraft bus on the piggyback of Falcon 1 launch vehicle on 14 July 2009.

The spacecraft was launched from the Reagan Test Site (RTS) at Omelek Island in Kwajalein Atoll (USAKA).

The first imagery was transmitted to the ground station on 20 July 2009.

It can operate at an altitude of 685km with an inclination of 90 for a maximum orbital period of 90 minutes.

“The first imagery was transmitted to the ground station on 20 July 2009.”

Design of the remote sensing satellite

The RazakSAT was the second satellite into orbit joining its forerunner, the TiungSAT-1. Designed for a lifespan of three years, the spacecraft can revisit the same point in the orbit 14 times a day. It weighs around 180kg at launch and consumes 300 watts of power.

An electro-optic medium sized aperture camera (MAC) fitted to the satellite captures imagery or videos of the earth. It is a push broom camera comprising five linear detectors (one panchromatic and four multispectral). The MAC can capture 2.5m resolution black and white imagery within the electromagnetic spectrum in Panchromatic mode. During the multispectral mode, the camera captures 5m resolution red, green, blue and infra-red imagery of the earth.

Other features include highly accurate attitude determination and control subsystems, command and data control systems, electrical power systems and 20km imaging swath. The spacecraft is also incorporated with a 32GB on-board storage system and 30Mbps X-band data downlink to enhance communication between the spacecraft and the ground station.

The SI-200 is designed and manufactured jointly by Satrec Initiative and ATSB for earth remote sensing and telecommunications platforms. It was designed to launch small spacecraft into low earth orbit. It boasts a small hexagonal frame structure, S-band telemetry tracking and command (TT&C) link, and 3-axis stabilised attitude control.

The ground station is designed and built by ATSB and installed at the Malaysian National Space Agency (MNSA).

“The RazakSAT was the second satellite into orbit joining its forerunner, the TiungSAT-1.”

The engineers of the MCS execute the mission plan and generate commands.

The IRPS accepts, stores and monitors the imagery for post processing and distribution to the customers.

The ground stations for the MNSA and ATSB were built in Selangor and Shah Alam respectively.

Another ground station was developed at the Temerloh, Pahang.