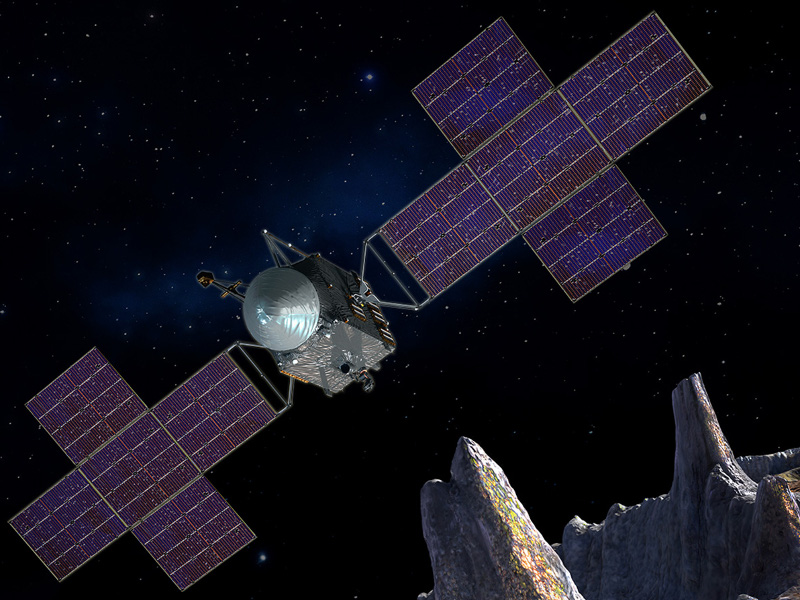 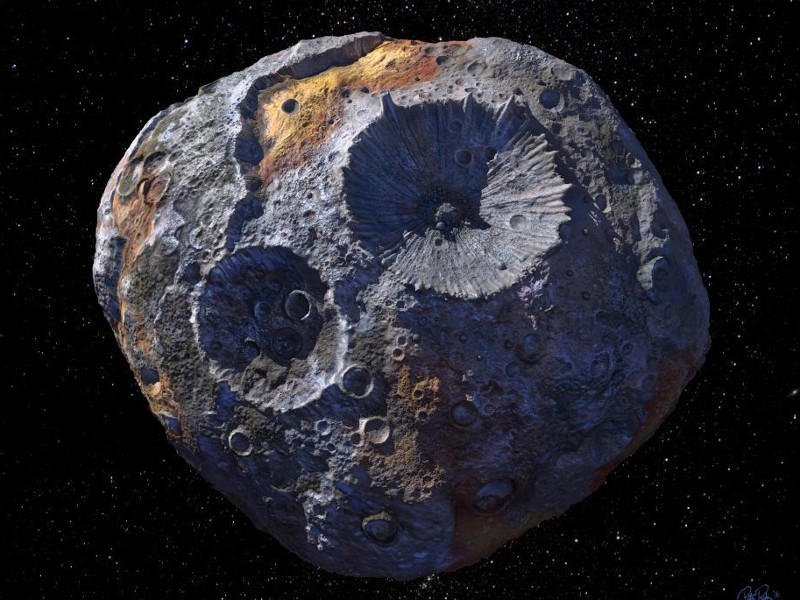 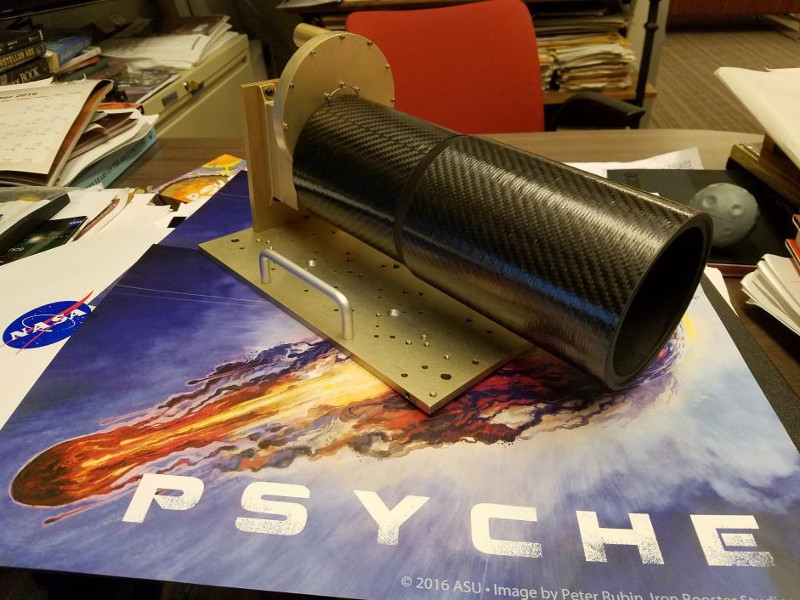 The multispectral imager on board the spacecraft will provide high-resolution images. Credit: Nasa Discovery Program. 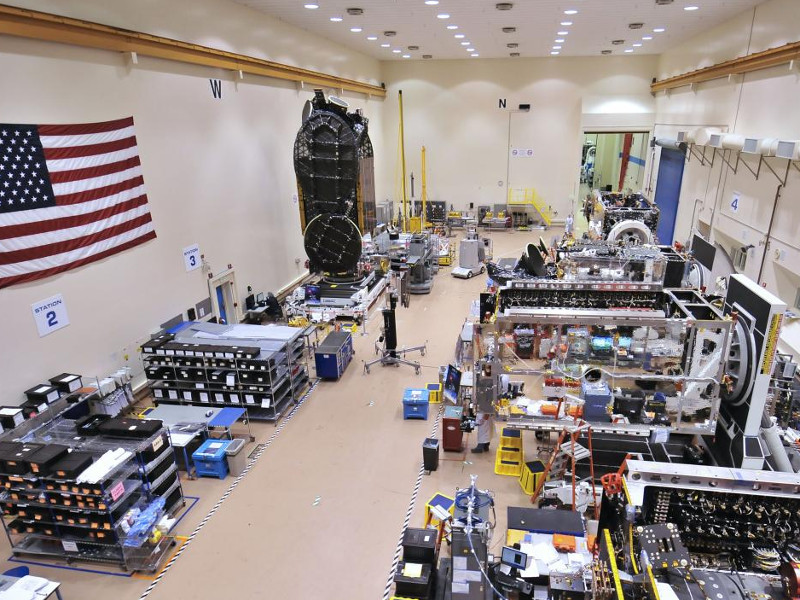 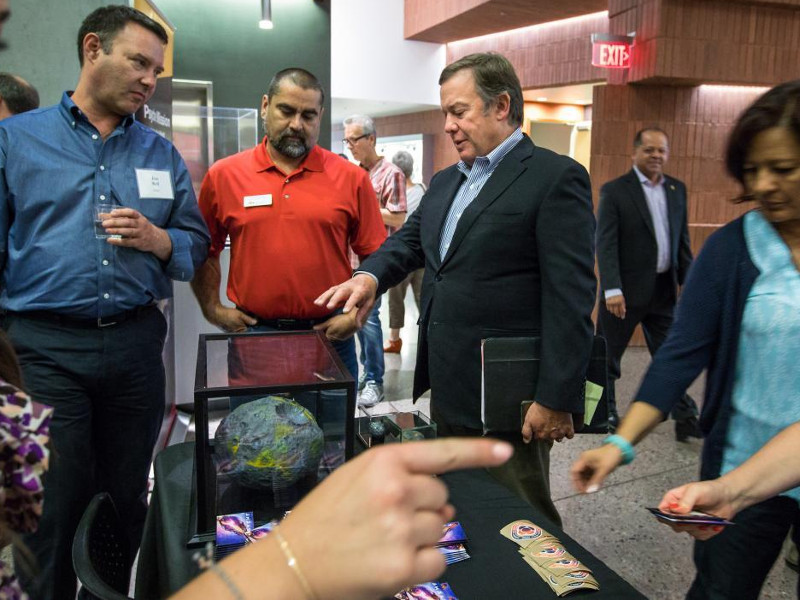 The mission is being developed by Nasa and Arizona State University’s School of Earth and Space Exploration. Credit: Charlie Leight / ASU Now.

Psyche is an orbiter mission intended for the exploration of a metal asteroid. It is being developed by Nasa in collaboration with Arizona State University’s School of Earth and Space Exploration.

The Psyche spacecraft will mainly explore 16 Psyche, a metal asteroid orbiting the Sun between Mars and Jupiter planets.

Nasa started the mission in January 2017, under its discovery programme, which mainly aims to understand the solar system with the launch of modest cost-capped missions.

The spacecraft will be launched from Cape Canaveral Air Force Station in Florida, US, in July 2022 and is expected to reach the asteroid in early 2026. The estimated cost of the mission is $850m, which includes development and operations.

The scientific objective of the Psyche spacecraft is to explore the new and unexplored world while providing insights over planet formation.

The mission will mainly determine if 16 Psyche is a core or unmelted material. It will also characterise topography and look inside terrestrial planets, including Earth. Discovered in 1852, the asteroid is mostly composed of metallic iron and nickel. It has a diameter of 226km and a surface area of 641,800km².

Psyche spacecraft will feature a body, two solar arrays and the instrument payload. It will have a length of 24.76m, including solar panels, and a width of 7.34m.

The spacecraft will orbit the asteroid in four staging orbits and perform science investigation for 21 months.

The mission will include six stages, A-F, which will be carried out between 2015 and 2028.

The spacecraft will be installed with Psyche compute element, which acts as the coordinating centre for handling command and data activity.

Instruments on board Psyche spacecraft

The Psyche mission will carry various instruments onboard for performing scientific investigations.

“The Psyche spacecraft will mainly explore 16 Psyche, a metal asteroid orbiting the Sun between Mars and Jupiter planets.”

The Gamma-ray and neutron spectrometer on the spacecraft will detect, measure, and map elemental composition of 16 Psyche. It will be placed on a 2m boom to avoid background radiation and provide a clear field of view.

Psyche spacecraft will be launched on board Falcon Heavy rocket from Launch Complex 39A at Cape Canaveral Air Force Station in Florida, US.

The launching services will be managed by Nasa’s Launch Services Program at Kennedy Space Centre. Nasa announced that $117m will be required for launching Psyche and the secondary payloads.

The spacecraft will be powered by solar electric propulsion based on the SSL 1300 satellite platform. It will use electricity produced from solar arrays for creating electromagnetic fields.

It will be installed with SPT-140 Hall effect thrusters that use xenon gas as it is easily ionised and has high atomic mass.

Nasa awarded a contract to SpaceX for launching Psyche spacecraft on board Falcon Heavy rocket in March 2020.

In August 2018, SSL was selected by Zin Technologies for building and testing Psyche compute element.