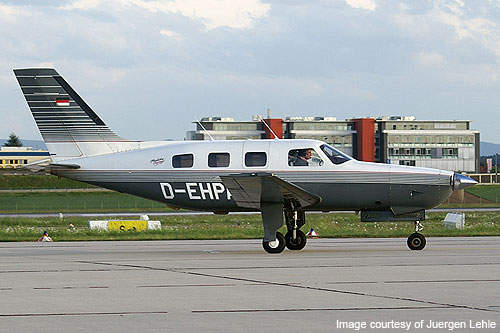 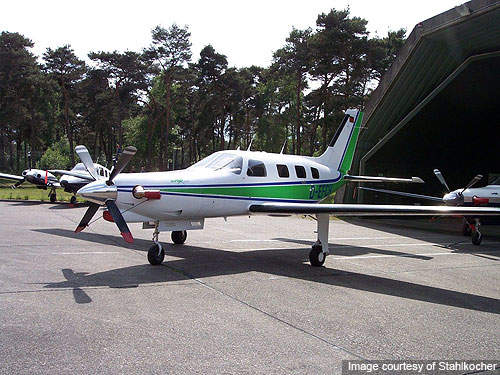 The conversion of PA-46 to JetPROP DLX included replacement of the engine. 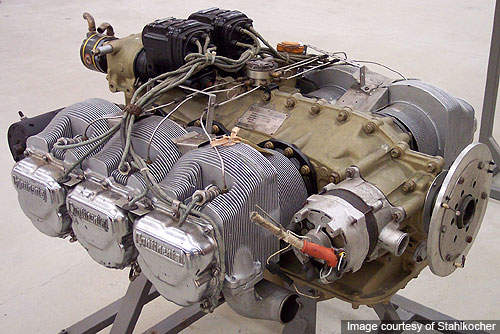 The Piper PA-46 is a light sport aircraft designed and manufactured by US-based manufacturer Piper Aircraft. The maiden flight of the PA-46 prototype took place in November 1979 and the aircraft entered service in 1982.

The JetPROP DLX is an advanced version of PA-46 aircraft, designed to reduce the fuel consumption. Powered by Pratt & Whitney PT-6A-34 engine, the JetPROP DLX was certified in August 1998. The PT-6A-34 was replaced with PT-6A-35 engine during the conversion process. The new aircraft was introduced in October 2003. About 20% of the PA-46 aircraft were converted to JetPROP DLX.

PA-46-310P Malibu was the first production aircraft and took maiden flight in August 1982. The variant was powered by TSIO-520BE engine. It was certified in September 1983 and deliveries commenced in November 1983. The Malibu was suspended from service in 1986 due to continuous failures and accidents.

The PA-46-350P Malibu Mirage is an advanced version of the PA-46-310P Malibu. This variant is fitted with TIO-540-AE2A engine, Avidyne Entegra system, Garmin Avionics suite and improved wings. Its production began in October 1988 and was temporarily terminated in 2001 for introducing Meridian.

It was accredited with the Federal Aviation Administration (FAA) certification in September 2000 and deliveries started in November 2000. The variant is equipped with Garmin GFC 700 autopilot as a replacement for the Avidyne Entegra system.

The PA-46R-350T Matrix is an unpressurised model of the PA-46-350P. The variant is powered by a Lycoming TI0-540-AE2A turbocharged engine. It also houses an on-board oxygen generation system (OBOGS), Avidyne Entegra glass cockpit, TAS610 dual antenna traffic advisory system and GWX-68 Weather Radar. Deliveries of this variant commenced in 2008.

The first PA-46R-350T Matrix upgraded with an Entegra Release 9 system was delivered to an undisclosed customer in November 2010. Certification is expected in 2011.

The aircraft can operate in short or unpaved runways even in worst weather conditions. It is fitted with airstair style door, instrument flight rules (IFR) avionics, pressurised cabin and retractable landing gear.

The digital glass flight deck accommodates one pilot. It is equipped with two primary flight displays (PFD) and a multifunctional display (MFD) for displaying intuitive and flight-critical information.

The aircraft boasts a spacious and pressurised cabin with sufficient leg space for passengers on-board. The cabin can accommodate five passengers. The aircraft’s interior is fitted with sponge seats as well as seat cushions to provide comfort to the occupants. It is also equipped with an onboard oxygen generating system (OBOGS) which provides oxygen to the passengers through oxygen masks.

The Piper PA-46 is powered by a single Continental TSIO-520-BE turbocharged, fuel injected and horizontally opposed engine which produces 231kW of output power. A six cylinder engine, it was derived from its predecessor Continental O-346. Teledyne Continental Motors is the prime contractor involved in the manufacturing of TSIO-520 engine.

The diameter and stroke of the engine are 0.13m and 0.10m respectively.