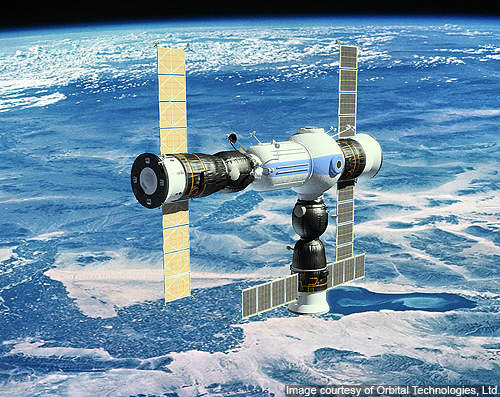 The Commercial Space Station will be the first human spaceflight platform for tourists. 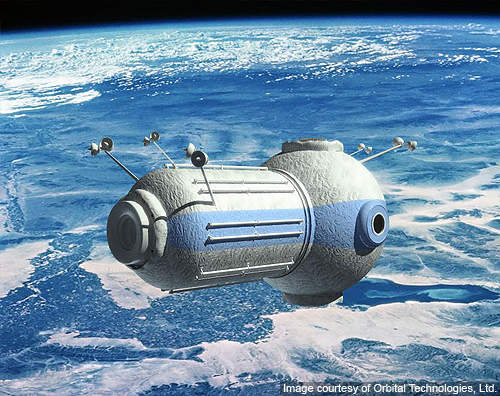 Space tourists will be served by the cosmic hotel in the CSS. 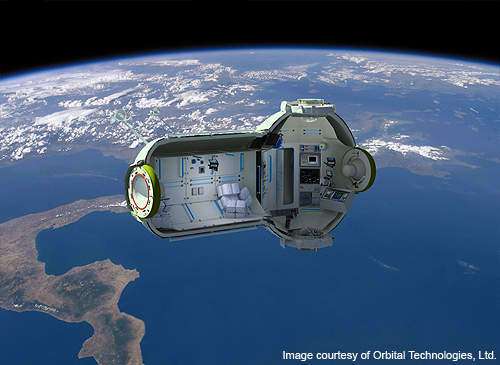 Cross-sectional view of the space station. 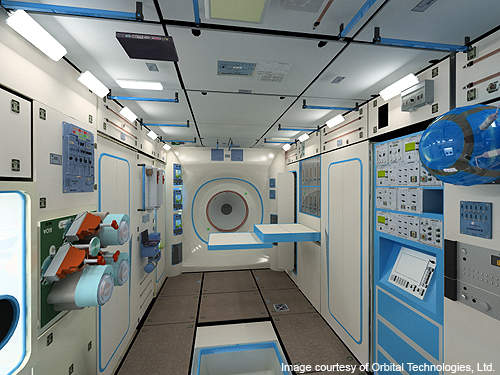 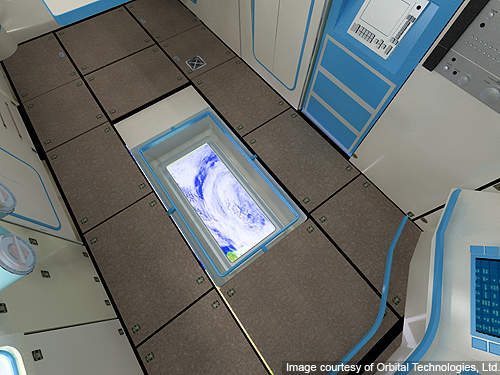 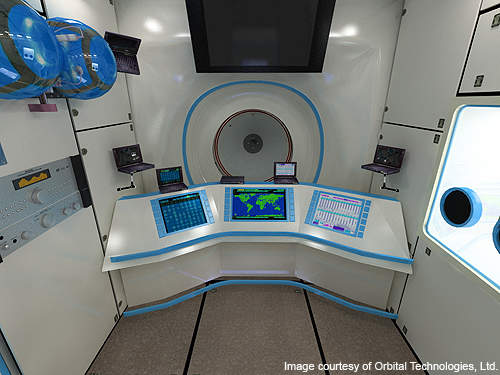 The CSS will use internationally space-certified systems, modules and technologies.

In September 2010, Moscow-based Orbital Technologies announced plans to build, launch and operate a Commercial Space Station (CSS) in low Earth orbit. It will be the first commercially available human spaceflight platform in the world.

The CSS will be utilised by professional crews, private citizens and corporate researchers, when launched in 2015-2016. The project is an attempt to commercialise space tourism and increase the involvement of private enterprises in the same. Galactic Suite, a space resort hotel, is also planned for opening in 2012.

The Commercial Space Station will be a multi-million dollar project. Orbital Technologies states that the necessary funding for the project has been secured and station operations would follow. The investment for the development will be made by US and Russian investors.

“The Commercial Space Station will be a multi-million dollar project.”

The crew size will be increased in future. The space station will use highly reliable space systems, modules and technologies, which have already been developed and space-certified. This will reduce risks, speed up the schedule and also optimise performance.

The interface systems of the CSS will use internationally certified units for experimental and scientific lockers, communications, computer and data monitoring interfaces, docking and life support.

The spacecraft will have a minimum lifetime of about 15 years.

The Orbital Technologies Commercial Space Station will be placed within 100km range of the International Space Station (ISS). It will orbit at an inclination of 51.6° from the ISS.

The orbital position will allow CSS to increase cooperation and commercial opportunities with the ISS. It will decrease the energy required for crew and cargo transfers between the two stations. The CSS will also function as an emergency refuge for the ISS crew, if required.

The CSS will be serviced by multiple types of commercial crew and cargo transportation spacecrafts.

The unified docking system design of the CSS will accommodate Progress, Dragon, ARV, ATV, Shenzou and Soyuz-TMA for payload and cargo delivery, return and rescue, and crew delivery.

The CSS will be designed for various specialised and customised human spaceflight missions.

“The CSS will be designed for various specialised human spaceflight missions.”

The space station can support long-duration visits, typically six months aboard; medium duration stays on the station for 1-2 months; and short-duration stays for 3-14 days.

It can also support combined stays between ISS and CSS and other extra-vehicular functions.

The space station will have a comfortable hotel inside with provision for food as per the preferences of the tourists.

The tourists will be able to view Earth from the station through large portholes.

In March 2010, Orbital Technologies signed an agreement with SP Korolev Rocket and Space Corporation Energia (RSC Energia) for the development and operation of the space station.

RSC Energia, Russian state-controlled spacecraft manufacturer, has been involved in outlining the project development over a decade and is the general contractor for the CSS construction.

In June 2010 Russian Federal Space Agency (Roscosmos) was chosen as the partner for the CSS development. In April 2010 Orbital Technologies partnered with TsENKI, Federal State Unitary Enterprise, for the ground based space infrastructure. In May 2010 Institute of Biomedical Problems (IBMP) was also chosen as one of the partners.