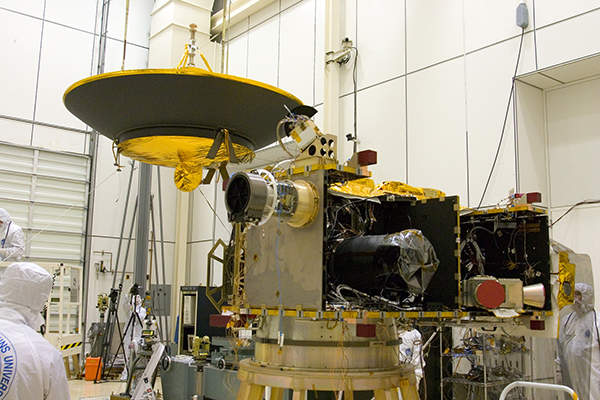 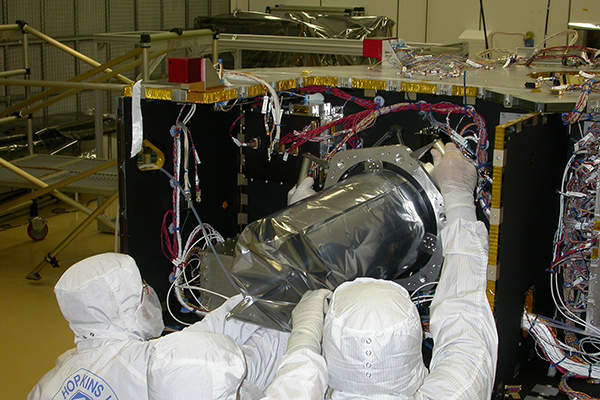 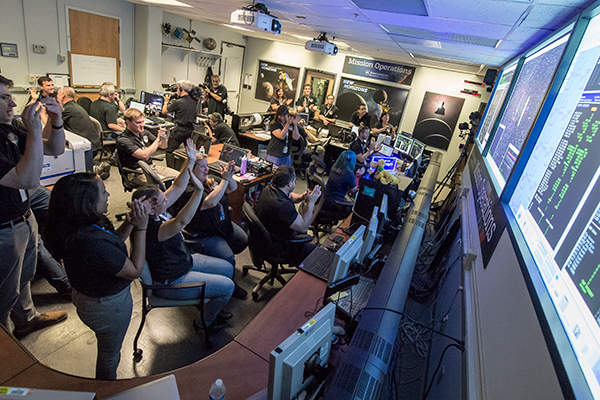 The spacecraft will be controlled from Mission Operations Center (MOC) in Maryland. Credit: Nasa. 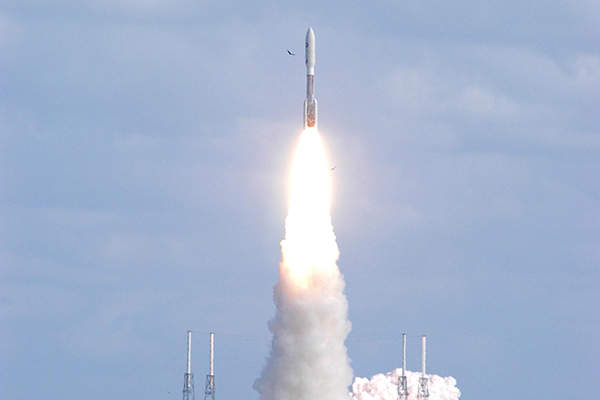 The spacecraft was launched in January 2006 and reached Pluto’s surface after approximately nine years in July 2015. Credit: Nasa.

The New Horizons spacecraft is an interplanetary space probe intended to study Pluto, its moons and the Kuiper belt.

The spacecraft was launched in January 2006 and the approach phase of the spacecraft to Pluto began in January 2015. It successfully flew within 7,750 miles of Pluto’s surface to gather images and scientific data in July 2015.

The New Horizons spacecraft was designed and built by Johns Hopkins University Applied Physics Laboratory (APL) in Laurel, Maryland, US.

It was developed as part of Nasa’s New Frontiers Programme, which is aimed at exploring the solar system.

The science payload of the spacecraft was developed under direction of the Southwest Research Institute (SwRI) in association with Nasa’s Goddard Space Flight Center, the University of Colorado, Stanford University, Ball Aerospace Corporation and Johns Hopkins University APL.

“The spacecraft will study Pluto and its five moons, Charon, Styx, Nix, Kerberos and Hydra.”

The New Horizons science payload investigates the global geology, surface composition and temperature, and atmospheric pressure, temperature and escape rate of Pluto and its moons.

The spacecraft will study Pluto and its five moons, Charon, Styx, Nix, Kerberos and Hydra.

The spacecraft is on a one-way journey to the Kuiper Belt and beyond and will not return to Earth after the mission.

An interface connects the spacecraft and its radioisotope thermoelectric generator (RTG) power source. The spacecraft also includes a propellant tank and an aluminium honeycomb core with ultra-thin aluminium face sheets.

The power distribution unit (PDU) contains 96 connectors and more than 3,200 wires. The spacecraft carried 77km of hydrazine, stored in a lightweight titanium tank at the time of launch.

Instruments on board New Horizons

The second instrument, Alice, is a 4.5kg ultraviolet imaging spectrometer developed by SwRI. It analyses the composition and structure of Pluto’s atmosphere and looks for atmospheres around Charon and Kuiper Belt objects (KBOs).

The 3.3kg Solar Wind Around Pluto (SWAP) instrument is a solar wind and plasma spectrometer developed by SwRI. It measures atmospheric escape rate and observes Pluto’s interaction with solar wind.

Venita Burney (VB) dust counter, a 1.9kg instrument built and operated by students at the University of Colorado, Boulder, US, measures the space dust peppering New Horizons during its voyage across the solar system.

On the first stage, the rocket was powered by an RD-180 engine, the second stage by Centaur and the third stage by a STAR 48B solid rocket.

The spacecraft was launched from Space Launch Complex-41 at Cape Canaveral Air Force Station, Florida, US.

The New Horizon spacecraft is controlled by a Mission Operations Center (MOC) located at the APL in Howard County, Maryland, while navigation is performed from a number of contractor facilities.

Science instruments of the spacecraft are operated from the Clyde Tombaugh Science Operations Center (T-SOC) located in Boulder, Colorado.