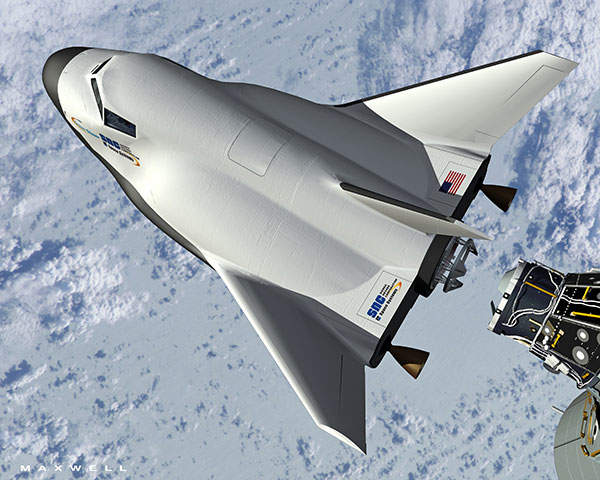 An illustrative image of the Dream Chaser docking with the International Space Station (ISS). Image courtesy of Sierra Nevada Corporation. 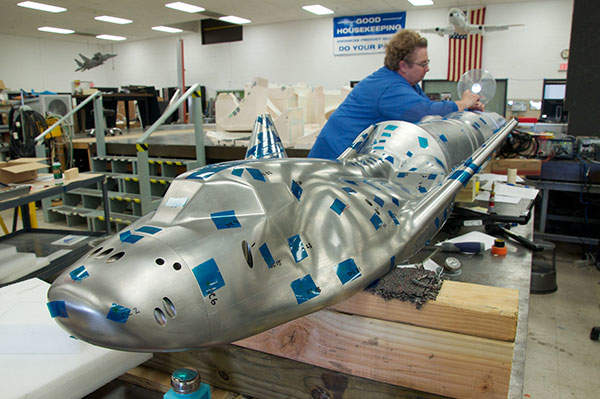 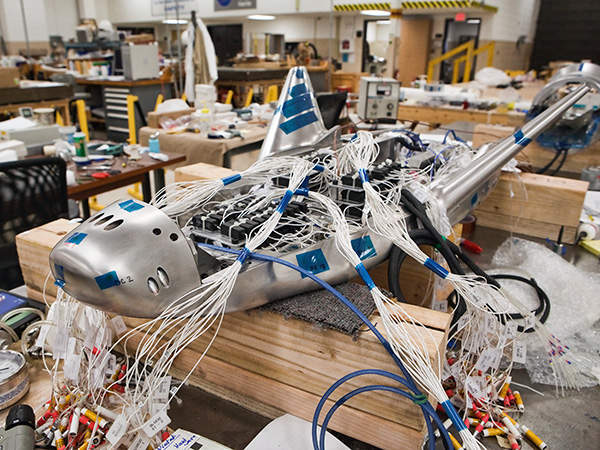 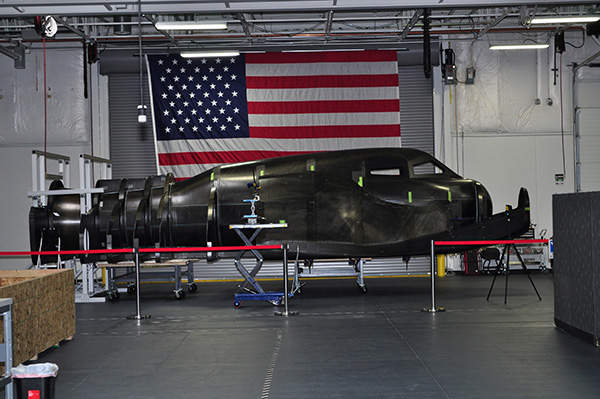 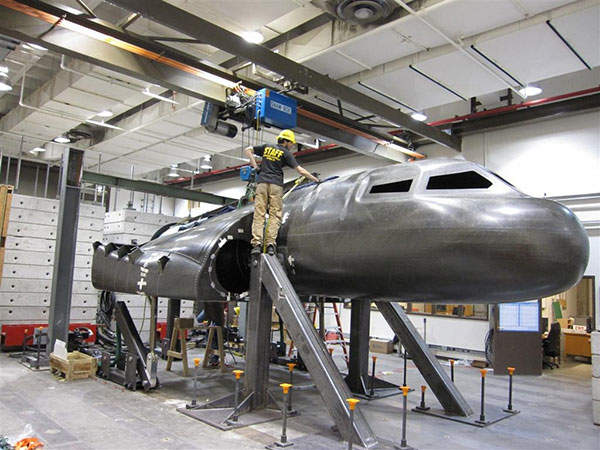 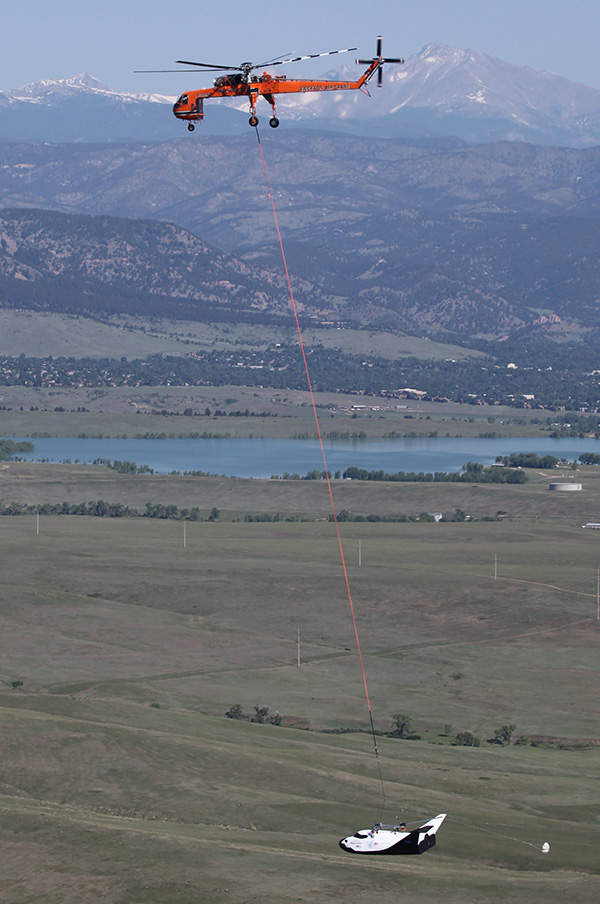 The Dream Chaser flight test vehicle being lifted by an Erickson Air-Crane helicopter near the Rocky Mountain Metropolitan Airport in May 2012. Image courtesy of Sierra Nevada Corporation. 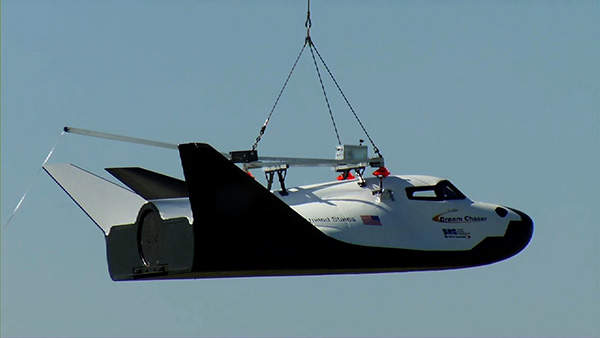 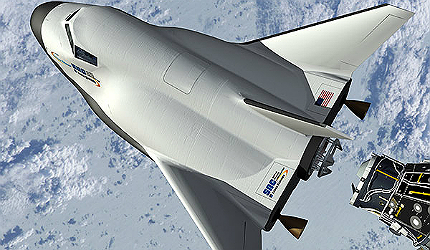 Dreams Chaser is a vertical-takeoff horizontal landing (VTHL) space vehicle being developed by Sierra Nevada Corporation’s (SNC) subsidiary, SpaceDev. It will be used as a crew transport vehicle for International Space Stations, by Nasa. The initial development of the spacecraft was planned as a suborbital vehicle.

CCDev is a space technology development programme administered by Nasa and funded by the US Government. SNC named its system as the Dream Chaser Space System (DCSS).

The first full-scale flight test on the DCSS was completed in May 2012. The Preliminary Design Review (PDR) was conducted in June 2012.

The total budget for the space vehicle development is limited to $1bn. Nasa is funding it under the American Recovery and Reinvestment Act (ARRA).

The spacecraft has been planned to be built using the model of the HL-20, a lifting body space plane developed by Nasa in 1960. Dream Chaser can be launched vertically from the Atlas-V rocket and land like a plane in horizontal runway mode.

It is expected to accommodate seven astronauts to and from the low-Earth orbit. It is 40ft in length and 25ft by width.

The wings appear sleek and the spacecraft resembles a miniature space shuttle with a round nose.

The preliminary structure of the spacecraft was delivered to the facility of SNC in early 2012. During the Preliminary Design Review (PDR), the spacecraft was examined for the complete design, architecture and functioning aspects, orbital flight programme, spacecraft mission, compatibility with Atlas-V launch vehicle and ground systems.

"It can land on the runways of commercial airports. Its conventional runway landing can be compared to that of either an aeroplane or SpaceShipTwo (SST) of Virgin Galactic."

SNC successfully met the CCDev1 requirements and won the CCDev2 contract consequently. It was one of the four companies selected by Nasa for CCDev2. In April 2011, SNC was awarded $80m by Nasa for the CCDev2 contract. The company is working with the Langley Research Centre (LRC) to develop the Dream Chaser Space System.

As part of the second phase of development, SNC designed and built a Dream Chaser model spacecraft with the help of University of Colorado and conducted a drop test of the model, in late 2011.

The test was conducted on North West Helicopter’s Bell 206B3 Jet Ranger helicopter from a height of 14,000ft and the model was landed via a parachute.

It was followed by a wind tunnel test of the model at A&M University, Texas, in April 2012. In this test, variations in pressure while reaching the low orbit were tested. The spacecraft was examined at Mach 4 and 5 speed levels per hour, at sea level.

Dream Chaser can fly freely in low-Earth orbit. It can land on the runways of commercial airports. Its conventional runway landing can be compared to that of either an aeroplane or SpaceShipTwo (SST) of Virgin Galactic.

The spacecraft can fly independently with an in-built land escape system. It can bring back injured astronauts from space station at low acceleration.

Dream Chaser functions with the hybrid rocket propulsion system of SNC. The propulsion mechanism is similar to that of a typical suborbital space tourism vehicle.

Captive Carry Test (CCT) was conducted on the flight test vehicle on 29 May 2012 from Louisville, Colorado. The spacecraft was taken into the sky with the help of an Erickson Air-Crane helicopter near the Rocky Mountain Airport for nearly an hour.

This test was conducted to evaluate the aerodynamic performance of its wings. This is the first step for the flight test programme of crew missions of International Space Station (ISS) which is a low-Earth orbit (LEO) destination.

An interface test was conducted to estimate the performance of release mechanism between the spacecraft prototype and heavy-lift helicopter.