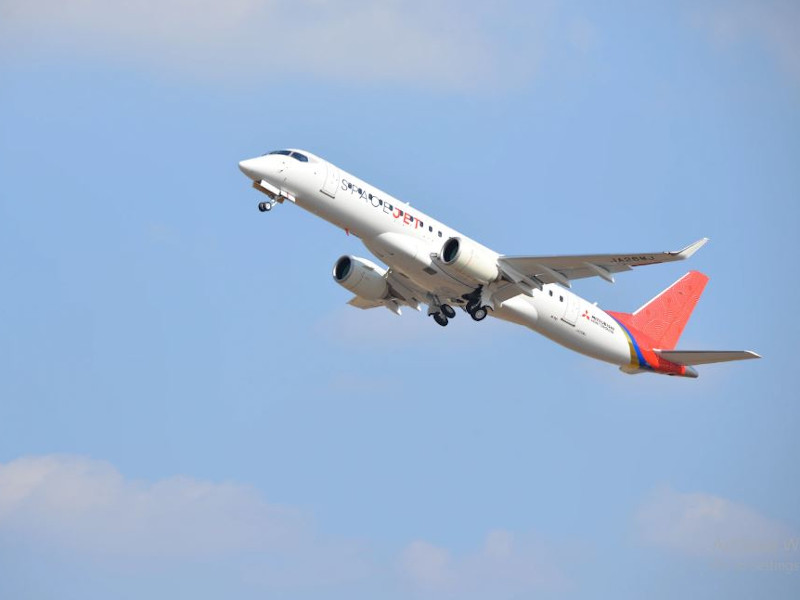 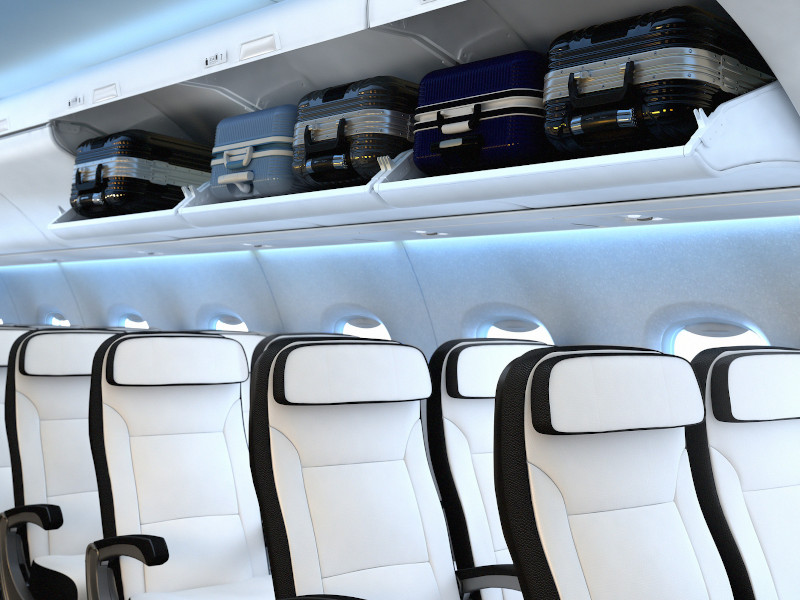 The aircraft is designed to have increased bin capacity. Credit: Mitsubishi Aircraft Corporation. 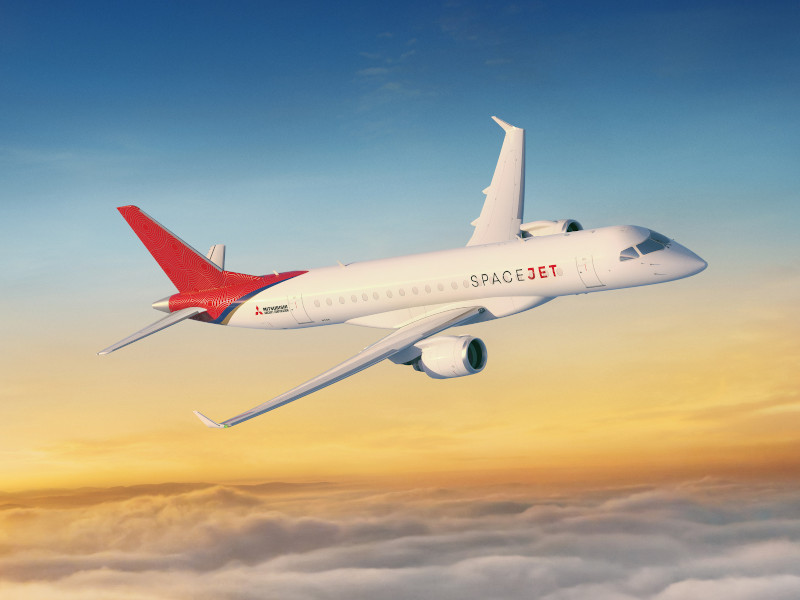 SpaceJet, previously known as Mitsubishi Regional Jet, is the commercial name of its product family, which includes SpaceJet M90 and SpaceJet M100. It is designed to improve passenger comfort and boost profits for airline companies.

The company also intends to develop larger M200 aircraft, which is currently under study and will have a seating capacity of up to 100.

Japanese firm All Nippon Airways (ANA) is expected to be the launch customer of the SpaceJet aircraft. Originally planned to be introduced to the market in 2013, the development programme has witnessed several delays and the delivery schedule has been pushed to late 2021 or early 2022.

MITAC signed a memorandum of understanding (MoU) with an undisclosed North American customer for the delivery of 15 SpaceJet M100 aircraft in June 2019. The deliveries are expected to commence in 2024.

In September 2019, the company reached an agreement with Mesa Airlines to supply 100 M100 aircraft with deliveries scheduled to start in 2024. Trans States Holdings, which owns GoJet Airlines, cancelled the agreement with Mitsubishi for the purchase of 50 SpaceJet M90 aircraft in October 2019 as the aircraft does not comply with the US scope clause.

The first flight for the regional jet was completed in November 2015. Taking off from Nagoya Airport, the test aircraft flew for 1.5 hours.

The first delivery of the aircraft was postponed from mid-2018 to mid-2020 in January 2017. The delay was attributed to changes in systems and electrical configurations to meet the certification requirements.

The Type Inspection Authorization (TIA) for the project was obtained from the Japanese Civil Aviation Bureau (JCAB) in December 2018. The US Federal Aviation Administration (FAA) awarded the Letter of Authorization (LOA) for the FAA team to support the certification efforts in March 2019.

The SpaceJet M100 aircraft became the latest member of the family when it was introduced in June 2019. The M100 aircraft’s cabin interior made its first public appearance at the Paris Air Show in the same month.

Design and features of SpaceJet aircraft

The sleek design of the jet helps improve fuel efficiency while reducing noise and emissions and meeting the environmental standards of the International Civil Aviation Organization (ICAO).

SpaceJet M100 aircraft will provide a more spacious cabin to improve passenger comfort. M100 is developed from a concept study for the retired MRJ70 aircraft and is being targeted for the US and global markets.

The aircraft will have a capacity of up to 84 in single-class seating at 31in pitch and is equipped with latest technologies and passenger amenities. It has a length of 34.5m and a wingspan of 27.8m.

Mitsubishi SpaceJet family aircraft will be powered by two PW1200G engines, which use Pratt & Whitney’s proprietary geared turbofan (GTF) technology. The GTF technology helps to achieve efficiency by rotating the low-pressure turbine at high speeds. It also allows the fan to rotate at low speeds, leading to reduced noise. Mitsubishi Aircraft flight-tested the first domestically produced PW1200G engine with the Flight Test Aircraft 1 (FTA1) in the US.

Mitsubishi Aircraft Corporation partnered with Spirit AeroSystems to procure engineering services. Spirit already received a contract for the design and production of pylons for the M100. It was revealed in June 2019 that MITAC was also considering the company for airframe structure work.