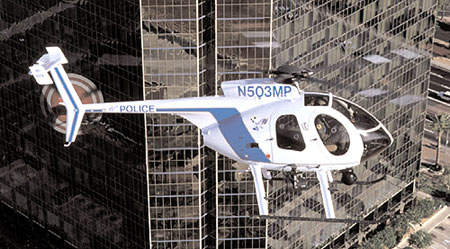 The MD500E light helicopter, in service with the Mesa Police Department of Arizona. 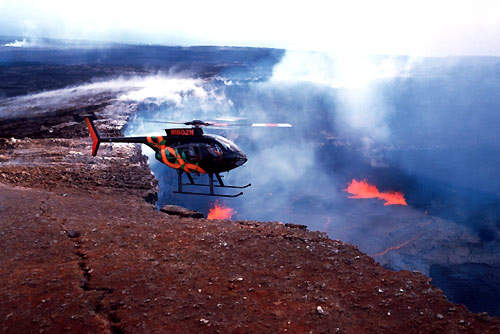 The MD500E over the Kilauea volcano in Hawaii. 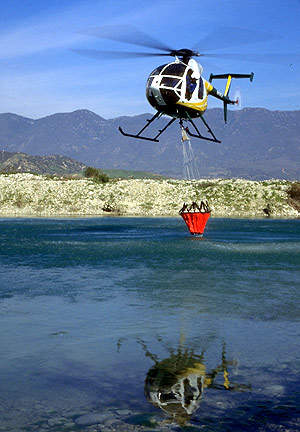 The MD 500 fitted with a "bambi bucket" for firefighting. 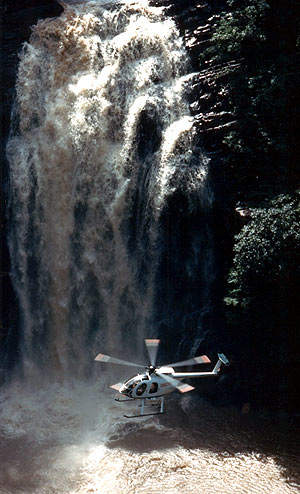 The helicopter has a maximum cruise speed of 245km/hr and a range of 430km. 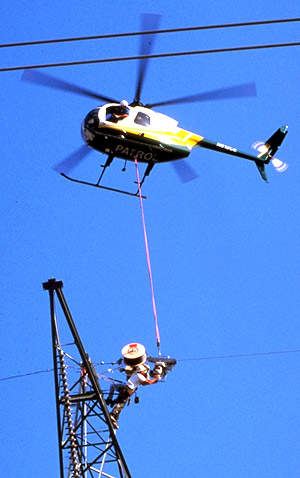 The high set tailplane and end fins give the helicopter flight stability at high and low speeds and in sharp manoeuvres. 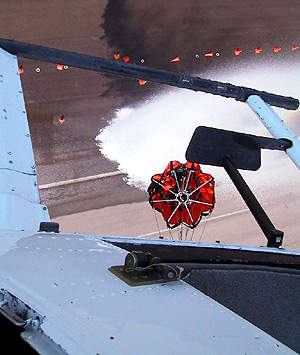 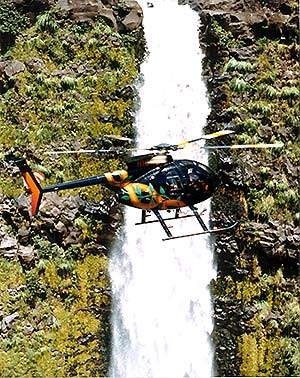 The MD 500E, 530F and 520N light helicopters are manufactured by MD Helicopters Inc of Mesa, Arizona, a subsidiary of the Netherlands-based MD Helicopters, part of the RDM Group.

The company acquired the business rights of the former McDonnell Douglas Helicopters from Boeing in February 1999, excluding that of the AH-64 Apache helicopter which remains within Boeing’s business interest. MD Helicopters products also include the MD 520N, the 600N and the Explorer families of helicopters. The MD 600N is an eight-man single-turbine-engine helicopter, while the MD Explorer is a six-man helicopter fitted with two Pratt & Whitney Canada PW207E engines.

Over 5,000 of the Hughes OH-6 and its derivatives, the MD 500 and MD 530 series helicopters, have been manufactured. The latest civil utility variants are the MD 500E, MD 530F and MD 520N. More than 2,600 MD 500 series aircraft are in service now. The military derivative of the helicopter is the Defender series that is in service with the US Army.

Production of the MD 500E began in 1982. It is used as a general purpose utility and executive transport helicopter.

The MD 530F is the lift version, designed for hot and high operations. It is fitted with a Rolls-Royce 250-C30 turboshaft engine and has slightly larger diameter rotors and a higher power transmission. A cargo hook kit can be fitted to lift 2,000lb (907kg) external loads.

A variant of the MD 530F is being used as a technology demonstrator for Boeing’s Little Bird unmanned helicopter programme. First autonomous flight of the Little Bird demonstrator was in July 2006.

The MD 520N is a lightweight, turbine powered, rotary wing helicopter. It is equipped with NOTAR anti-torque system and has rapid configuration options. Its uses include law enforcement, search and rescue operations, aerial survey and patrol missions. The aircraft can also be used as a personal transport.

The helicopter has a fully articulated, five-bladed rotor. The blades are secured by a stack of laminated steel straps. The helicopter’s rotor diameter is 8.05m but the rotors can be folded for storage. A four-bladed Quiet Knight tail rotor can be fitted in place of the two-blade rotor for reduction of noise emissions.

The high set tailplane and end fins give the helicopter flight stability at high and low speeds and in sharp manoeuvres.

The installed NOTAR anti-torque system in MD 520N provides greater safety, reduced noise and pilot workload and low-pressure air system. The helicopter is constructed of aluminum alloy and the NOTAR system elements are made up of graphite composites.

The communications system is based on a dual Honeywell KY195 transmitter / receiver and KT76 transponder or alternatively a Rockwell Collins VHF-251 and TDR-950 transceiver and transponder.

The pilot’s seat is on the left rather than on the normal right-hand side of the cockpit. The bench-type seat at the front of the fuselage pod accommodates the pilot and two passengers. The rear of the cabin is fitted with individual seats for two or four passengers with baggage space allocated under the rear seats.

“The Defender is the military derivative that is in service with the US Army.”

An alternative interior fitting to the cabin allows the helicopter to be used for medical evacuation. The rear of the cabin has room for two stretcher patients and a seat for one medical attendant.

The cabin can be air-conditioned and heated using an Aero Engineering Corporation air conditioner. To save space, a Fargo pod-mounted air conditioner can be installed.

The cabin is fitted with headsets and microphones. A public address system can be installed.

The two bladder fuel tanks have a total usable fuel capacity of 242l. The refuelling point is on the starboard side. For longer range, auxiliary fuel tanks or higher capacity tanks are available.

The tubular skid-type landing gear is fitted with oleo-pneumatic shock absorbers. The helicopters can be fitted with snow skis or for amphibious operations inflated utility floats or emergency inflatable floats can be installed.