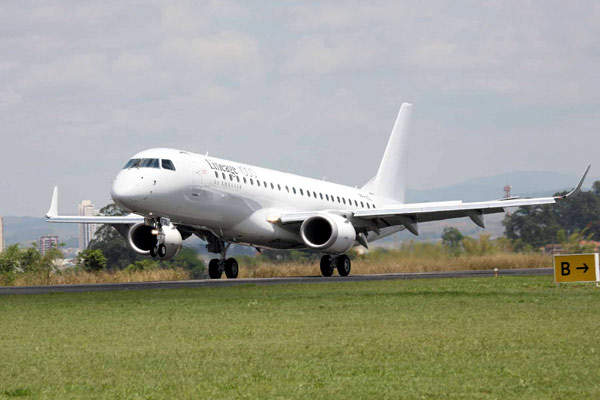 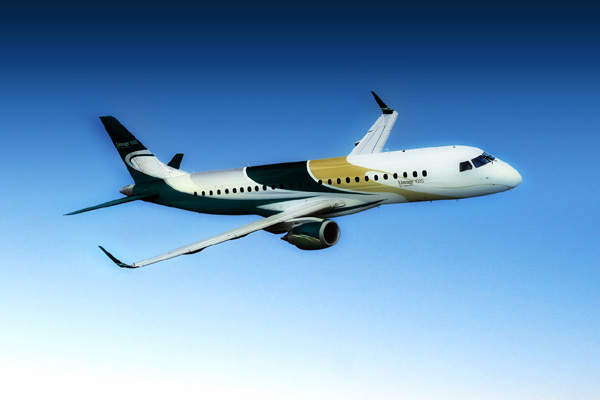 Artist's impression of the Lineage 1000 in flight. 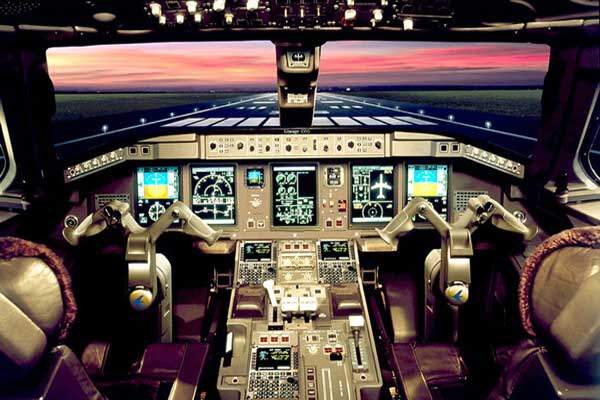 The flight deck of the Lineage 1000 is based on the Honeywell Primus Epic avionics suite. 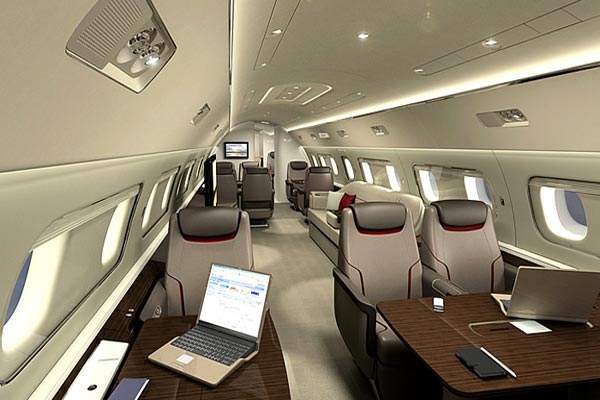 Lineage 1000 has an innovative and luxurious cabin layout designed by Priestman Goode of the UK. 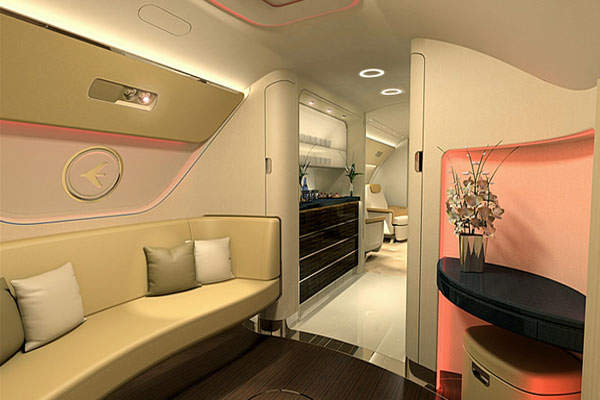 The crew rest area and galley of the Lineage 1000. 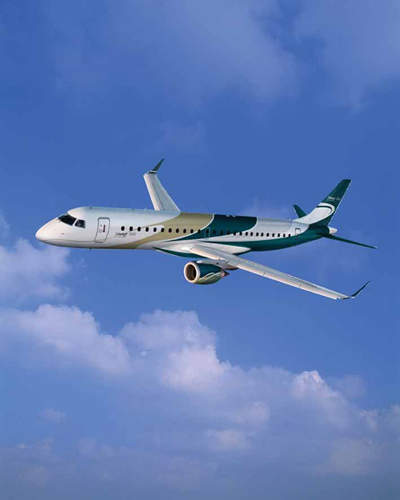 The Embraer Lineage 1000 large, long-range luxury business jet is based on the proven Embraer 190 long-range design.

The Embraer Lineage 1000 large, long-range luxury business jet was announced in 2006 and FAA certification was awarded in 2007 and the aircraft received Brazilian National Civil Aviation Agency and European Aviation Safety Agency (EASA) type certification in December 2008. It entered service in May 2009. The aircraft model also won the IDEA / Brazil design award in 2008.

The aircraft has a maximum operating speed of Mach 0.82 and an operating ceiling of 12,497m (41,000ft). The range with eight passengers is 7,778km, allowing non-stop flight between London and New York, Europe and the Middle East or New York and Brazil. The Lineage 1000 performance and its low noise profile gives direct access to restrictive airports such as London City (UK), Teterboro (New York) and Aspen (Colorado).

“The Embraer Lineage 1000 is a large, long-range luxury business jet.”

The aircraft is the first civilian jet incorporating the Smart Probe which includes an array of four computerised sensors giving more precise measurement of airspeed indication, attitude and trim.

One of the most notable features of the Lineage 1000 is the innovative and luxurious cabin layout, which was designed by Priestman Goode, based in London, UK.

“The Embraer Lineage 1000 business jet is of low-wing design with winglets.”

The total cabin volume is 4,085ft³ (115.7m³), with a height of 6ft 7in (2.0m). The interior is configured in five distinct privacy zones for lounging, conferencing, dining or relaxing and can transport up to 19 passengers.

Zones 3 and 4 accommodate a lounge and office with a long divan, single club seats and a credenza with a 32in LCD screen workstation. The passengers have access to the internet and Wi-Fi. Zone 5 is furnished as a double bedroom with a wardrobe, credenza and walk-in shower.

The aft baggage area is pressurised and accessible during flight. The total baggage capacity is 471ft³ (13.3m³).

The Lineage 1000 is of low-wing design with winglets and fly-by-wire controls. It is of metal construction with high-strength, low-weight, composite, non-structural sections such as the cabin floor panels and the fuselage fairing.

Embraer, Gamesa and Latacoere are responsible for the construction of sections of the fuselage. Kawasaki is the manufacturer of some of the sections of the wings. Embraer carries out the final assembly.

The aircraft is transferred to PATS Aircraft Completions, a division of DeCrane Aerospace, for outfitting the cabin to the customer’s specifications.

“The Embraer Lineage 1000 is the first civilian jet incorporating the Smart Probe.”

The aircraft is powered by two General Electric GE CF34-10E7-B podded engines mounted below the wings, providing a thrust of 89.0kN. The engines are equipped with full authority digital engine control (FADEC) and thrust reversers.

A Hamilton Sundstrand auxiliary power unit (APU) is mounted in the tailcone.

The Liebherr landing gear is fitted with aircraft braking systems carbon brakes and two wheels on each unit. Parker Hannifin is responsible for the manufacture of the hydraulics system and fuel systems.