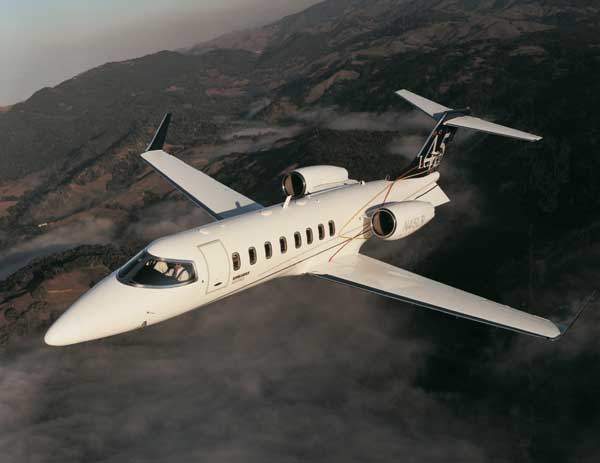 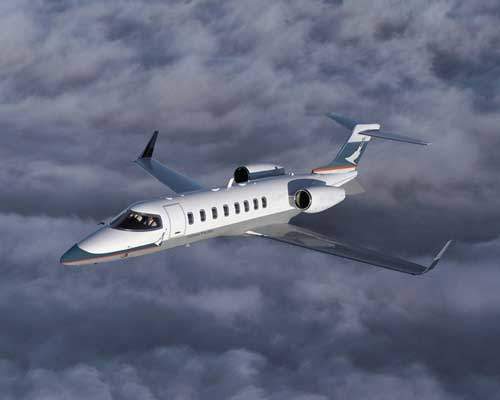 The Learjet 45. Over 2000 Learjets have been built and are in operation as corporate jets worldwide. 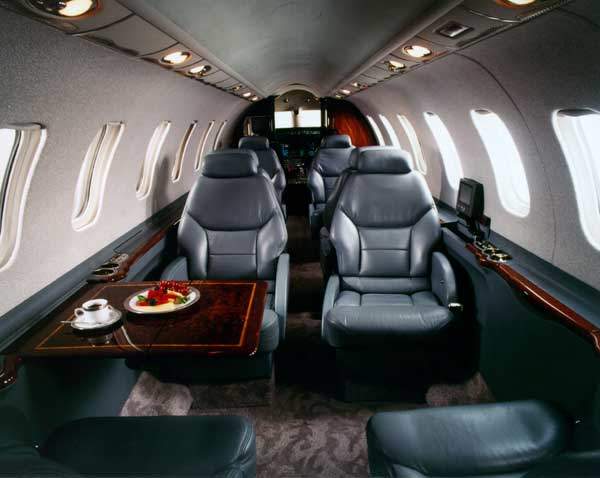 The passenger cabin seats up to nine passengers in double-club seating. 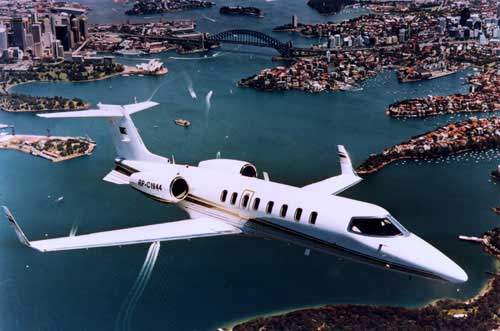 The Learjet 45 business jet aircraft, shown here flying over Sydney Harbour in Australia, has been designed to provide midsize comfort at a light-jet price. 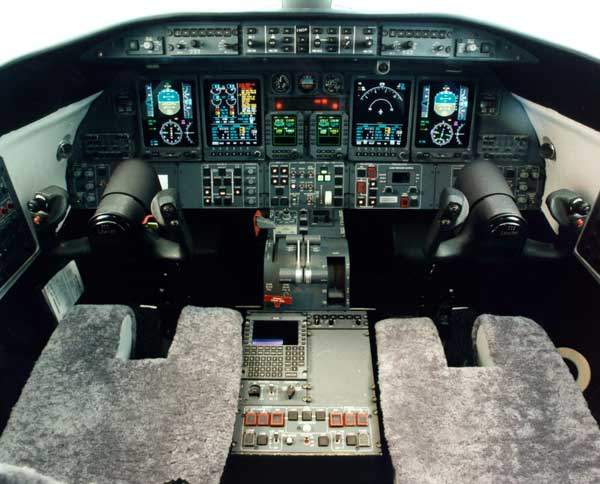 The Learjet 45 is equipped with advanced flight software and architecture to minimise pilot and maintenance workloads. 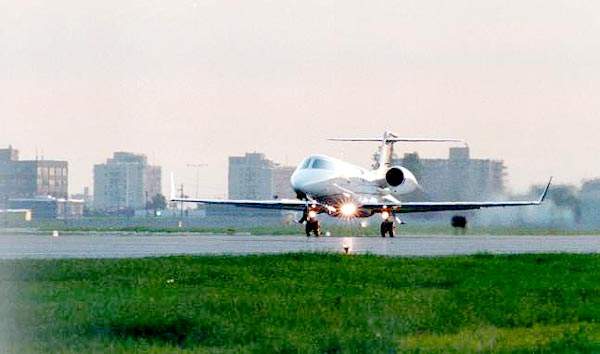 The Learjet 45 taking off. 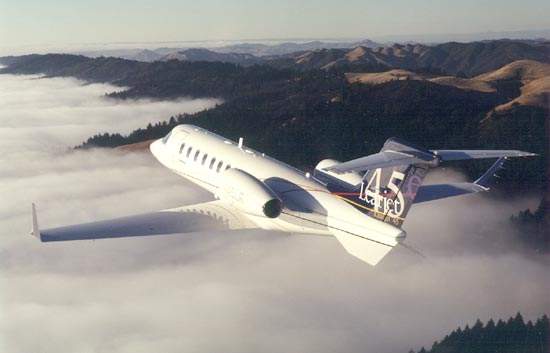 The Bombadier Aerospace Learjet 45 nine-seat super-light business jet was announced in 1992. The 300th aircraft was delivered in June 2006.

The four-passenger Learjet 40, with a maximum range of 3,339km, took its first flight in August 2002 and entered service in January 2004.

A new addition to the family, the Learjet 85, was launched in October 2007. The Learjet 85 will be of all-composite structure and is scheduled to enter service in 2012.

Over 2,300 Learjets have been built and are in operation as corporate jets worldwide.

Bill Lear founded the American Aviation Corporation in 1960. The company, renamed the Learjet Corporation was transferred to Kansas in 1962 and one year later the original Learjet made its first flight. Facilities were also opened in Tucson, Arizona in 1967. Bombardier of Canada purchased the company in 1990 and the company became Learjet, Inc.

The Learjet 45 XR received Federal Aviation Administration (FAA) certification in June 2004 and European certification in December 2004. By October 2008, over 100 aircraft had been delivered.

Compared to the Learjet 45, the Learjet 45 XR can carry eight passengers to a range of 3,704km. It can climb faster and has an increased maximum speed. The Honeywell TFE-731-20BR engine upgrade provides improved performance when operating in very hot or very cold conditions. The redesigned interior provides 15cm more legroom in the cabin, 5cm more seat width and more galley storage space.

Weighing only 35,000lb (15,874kg), the Learjet 45 is equipped with advanced flight software and architecture, such as an engine instrument and crew advisory system (EICAS) and on-board maintenance diagnostics, to minimise pilot and maintenance workloads.

Learjet 45 jets can be specially configured and customised to be used for pilot training. Orders from Singapore Airlines (SIA) and Cathay Pacific Airways have been for use in a training role. A Learjet 45 provides VIP transport for the Irish Air Corps.

The aircraft is equipped with a Honeywell Primus 1000 four, 8in×7in tube electronic flight and information system with a Primus 1000 digital autopilot and flight director, an Engine Instrument and Crew Advisory System (EICAS) and a Honeywell Primus 660 weather radar. The navigation and communications system is the Primus II. The aircraft can be fitted with a TCAS II Honeywell traffic alert and collision avoidance system.

The ergonomically-designed cockpit accommodates the two crew. The windscreen is fitted with an electric defogging and anti-icing system. The dual independent anti-icing and de-icing systems include engine bleed air anti-icing on the engine inlets, the wings and on the tailplane leading edges. An electric de-icing system is incorporated onto the pitot probes.

The 6.11m² passenger cabin seats up to nine passengers in double-club seating. The cabin is fitted with swivelling recliner seats and tables, and a galley with passenger facilities. The door at the port side front of the cabin has integral steps.

“The 6.11m² passenger cabin seats up to nine passengers in double-club seating.”

The aircraft has a Honeywell RE 100 auxiliary power unit.

The aircraft has the ability to climb to the initial cruise altitude in 23 minutes and six seconds. The long-range cruise speed is 778km/h and the maximum operating altitude is 51,000ft or 15,545m.

On 11 April 2001, Bombardier Aerospace officially inaugurated its customer training centre in Dallas / Fort Worth. Fully certified, the centre offers pilot and maintenance training for the Learjet 31A, the Learjet 45 and the Learjet 60.