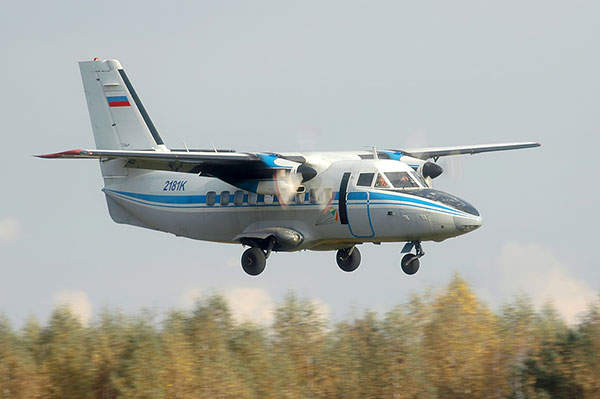 The L-410 / L 420 is a twin-engine short-range aircraft, which can be used for passenger and cargo transportation. 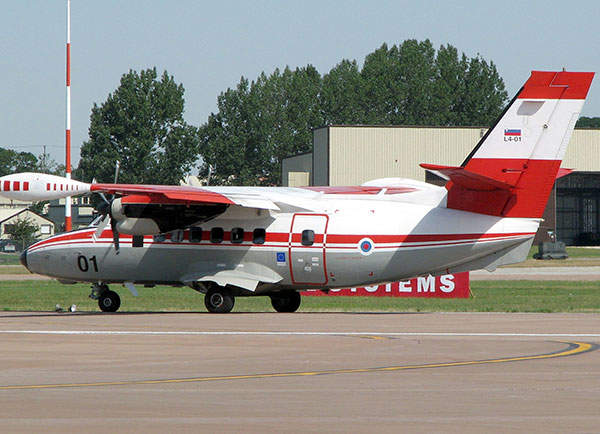 A Let L-410UVP-E of the Slovenian Armed Forces on the taxiway at the Royal International Air Tattoo. 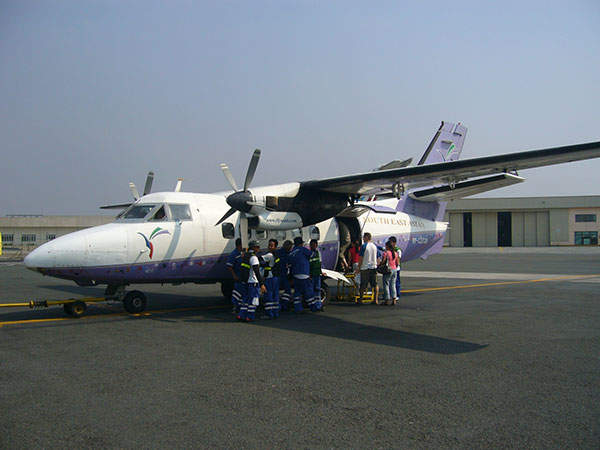 Passengers board the L-410UVP-E of SEAir at the Manila Domestic Airport. Image courtesy of Mikebalcos. 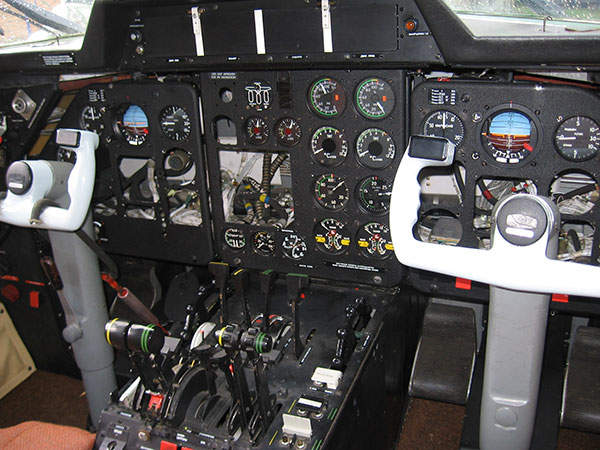 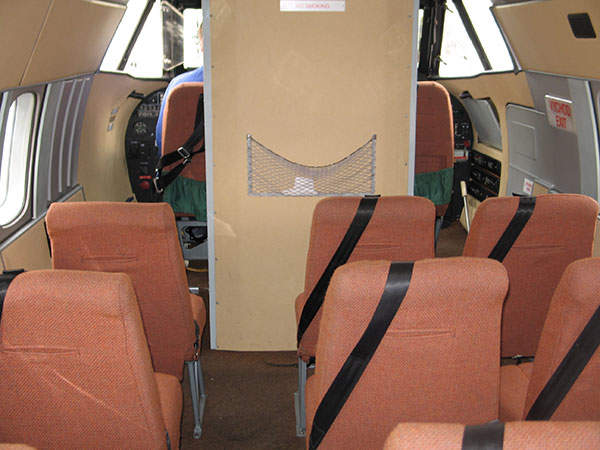 A view of the seating arrangement in the L 410 aircraft. 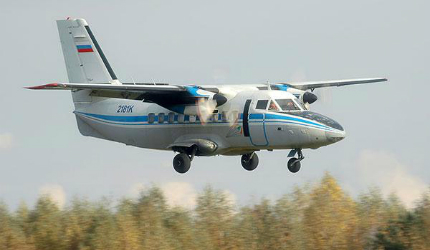 On 16 April 1969, the first L 410 prototype completed its maiden flight. More than 1,100 L 410 aircraft were delivered, of which 400 are still in service with civilian and military operators across the world.

The L 410 UVP-E20 aircraft complies with the regulations of the FAR 23, Amendment 34. It was accepted by the European Aviation Safety Agency (EASA) for operation in all EASA countries. The aircraft also received type certificates to operate in Algeria, Argentina, Australia, Brazil, Chile, Cuba, Indonesia, Kenya, the Philippines, Tanzania, and South Africa.

L 420 is a US FAA-certified version of the L 410 UVP-E20. It received certification by the FAA in accordance with FAR 23, Amendment 41 regulation. The aircraft also was certified for flying in the countries above as well as the Czech Republic and US.

In July 2012, Ilyushin Finance and Aircraft Industries signed a memorandum of understanding with LET for 10 L-410 UVP-E20 aircraft.

The aircraft’s design incorporates an all metal airframe made of high corrosion resistive materials. The robust structure was designed to ensure a high level of operational reliability. The unique design incorporating a durable airframe delivers superior performance in utmost climatic conditions ranging from -50°C to 50°C.

Flight deck and avionics of the short-range LET Aircraft

In addition, there is the option for the aircraft to be fitted with a high frequency transceiver, autopilot, enhanced ground proximity warning system (EGPWS), TCAS II (traffic collision avoidance system) and electronic flight instrumentation system (EFIS).

A twin-engine light utility aircraft, the EV-55 Outback was designed and is being manufactured by Evektor-Aerotechnik in the Czech Republic.

The wide-body aircraft provides a passenger cabin volume of 17.9m³. The standard seating arrangement can accommodate 19 passengers. Cabins are designed to offer a high degree of passenger comfort. The internal volume allows for maximum versatility and utilisation of the aircraft for special operations.

Passengers are provided with comfortable seats occupying 76cm. The cabin offers wide aisle and spacious luggage storage in addition to the seating area, with the internal layout offering copious headroom and legroom with large windows in each row. The cabin is also equipped with a separate front and rear luggage compartments.

The spacious interiors make the aircraft ideal for executive travelling. The interior can be customised according to the specifications and requirements of the customers.

The aircraft offers 17.9m³ of cabin space for air freight operations. Loading and unloading of cargo is complemented by the large cargo door. The aircraft can be converted into mixed (cargo/pax) configuration according to the customer needs.

Internal space can be converted to house seats, stretchers special medical accessories, lamps, surgery table and oxygen for the ambulance version. The internal volume can be used to install various mission equipment for special applications, such as skydiving, MPA/MSA and photogrammetric.

Engine and propulsion of the LET short-range airliner

It is fitted with two five-bladed AVIA V510 propellers, designed to withstand rough conditions on unpaved airstrips. Each propeller is equipped with a system of automatic, manual and emergency feathering. A power control lever is provided to operate in reverse-thrust setting.

The aircraft features a tricycle type landing gear with low pressure tyres. It allows the L 410 / L 420 to operate from both paved and unpaved airstrips in remote and undeveloped areas. The front and main landing gear is equipped with two-chamber shock absorbers. Its main wheels have disc brakes equipped with an ABS antiskid system. The short takeoff and landing (STOL) capability allows the aircraft to takeoff from short runways.

Performance of the LET aircraft