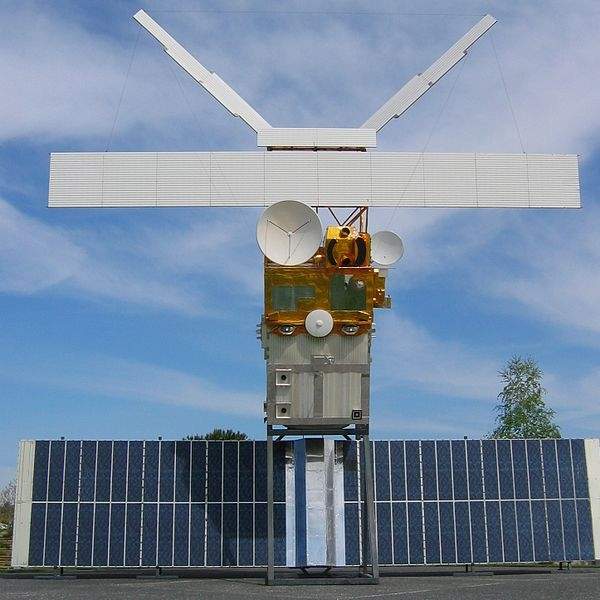 Koreasat-7 is a communications satellite scheduled to be launched into the geostationary transfer orbit (GTO) in 2016. Image courtesy of Poppy. 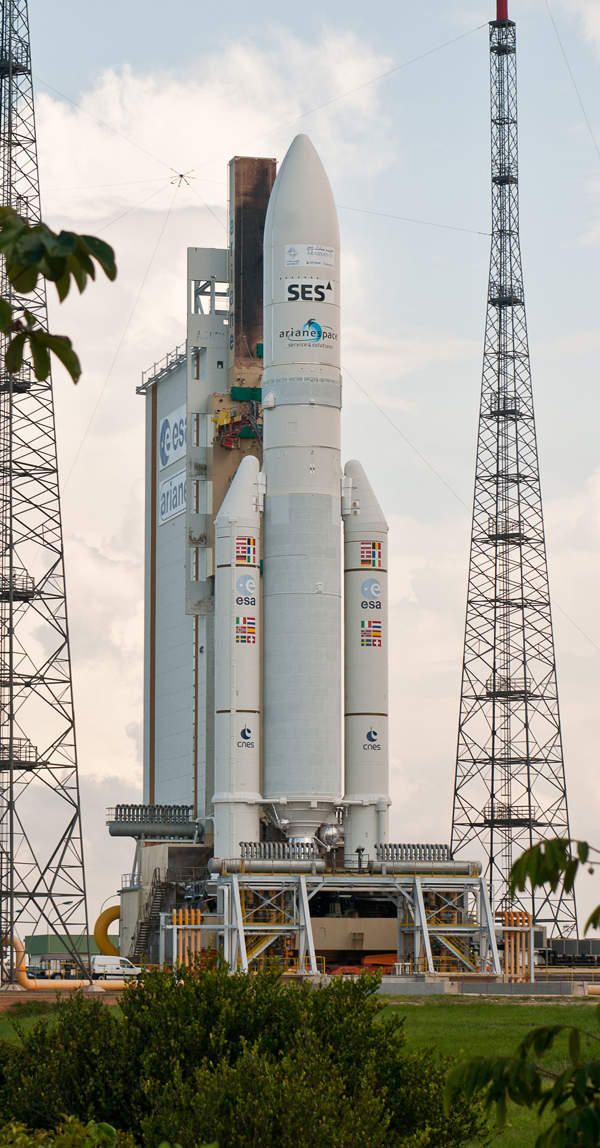 Koreasat-7 will be carried into the orbit by Ariane 5. Image courtesy of Arianespace. 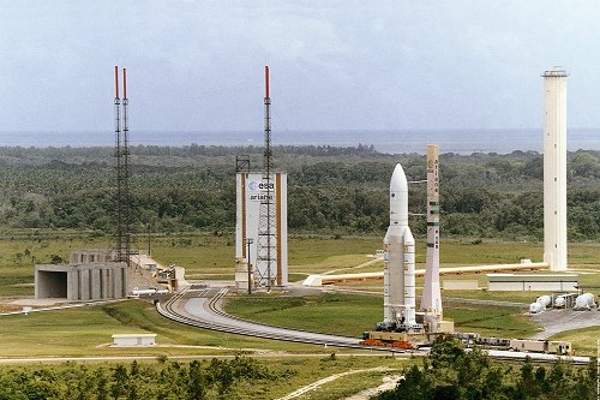 Koreasat-7 will be launched from the Guiana Space Center in French Guiana. Image courtesy of Arianespace.

Koreasat-7 is a new communications satellite scheduled to be launched into the geostationary transfer orbit (GTO) in 2016. The satellite is designed and built by Thales Alenia Space (TAS) of France and will be operated by ktsat, the satellite operating division of KT Corporation.

Koreasat-7 will be placed at 113° east and will offer internet access, multimedia, broadcasting and fixed communications services to South Korea, Philippines, Indonesia and India.

The Koreasat-6 is a communication satellite principally used to provide direct broadcasting (DBS) and fixed satellite services (FSS) to the people of South Korea.

ktsat awarded the contract to design, develop and examine the Koreasat-7 satellite to Thales Alenia Space in May 2014. The contractor will be responsible for launch campaigns, launch and early operation phase (LEOP) and in-orbit tests (IOT).

The satellite is being designed for a lifespan of 15 years. It weighs approxaimtely 3,500kg at launch and delivers 7kW of power for payload.

Koreasat-7 is the second satellite developed by Thales Alenia Space which, along with US-based Orbital Science Corporation (OSC), built Koreasat 6 that was launched in 2010.

Koreasat-7 will be equipped with both Ku-band transponders and Ka-band transponders, which will be used for the expansion of broadcasting and fixed communications services across Philippines, South Korea, Indonesia and India.

The Koreasat-7 satellite is being built on the upgraded Spacebus 4000B2 platform manufactured by Thales Alenia Space.

The Spacebus 4000B2 is a medium-class telecommunication satellite with a launch mass of 3,000kg and can accommodate a large range of payloads in various bands including Ku, C, Ka, X, S and L. It renders a total satellite power ranging up to 11.6kW with medium RF power of 105W / 110W in Ku band.

Koreasat-7 will be carried into the orbit by Ariane 5, a heavy-lift rocket typically used for GTO missions. The launch vehicle is 50.5m-long, has a gross lift-off mass of 780t and payload capacity of 10t.

The first stage, with an overall length of 30.5m, includes a cryogenic core that serves as a key propulsion system. It carries two propellants, liquid oxygen and liquid hydrogen, which feed the Vulcain main engine. The first stage has a burn time of less than 600 seconds and generates 116t of thrust in vacuum.

"Koreasat-7 will be carried into the orbit by Ariane 5, a heavy-lift rocket typically used for GTO missions. "

The next stage has two solid boosters each with a length of more than 30m, carrying propellant mix of ammonium perchlorate, aluminium and polybutadiene. The two boosters generate 90% of the total thrust of the launcher and burn for 130 seconds.

The upper stage of the launcher uses the ESC-A cryogenic propulsion equipped with an HM7B engine. This stage generates a maximum thrust of 67kN in vacuum.

The standard launch vehicle is delivered by Airbus Defence and Space, the prime contractor of Ariane 5 industrial team. ktsat awarded the contract to Arianespace for the launch services, in September 2014. The satellite will be launched from the Guiana Space Center (CSG) in Kourou, French Guiana.

The main functions of these two control stations are satellite monitoring and control, management and analysis, ground facility management and network and transponder operations. The two centres handle the entire fleet of Koreasat satellites.