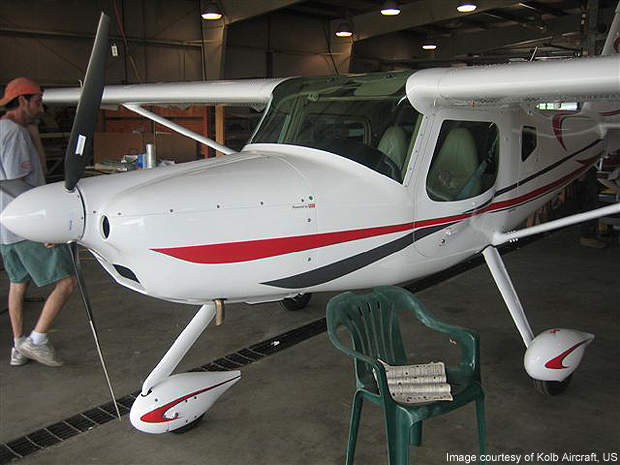 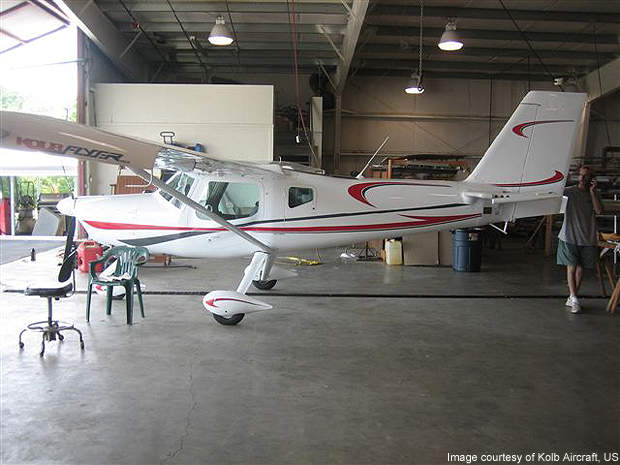 The aircraft has carbon fibre fuselage and metal wings. 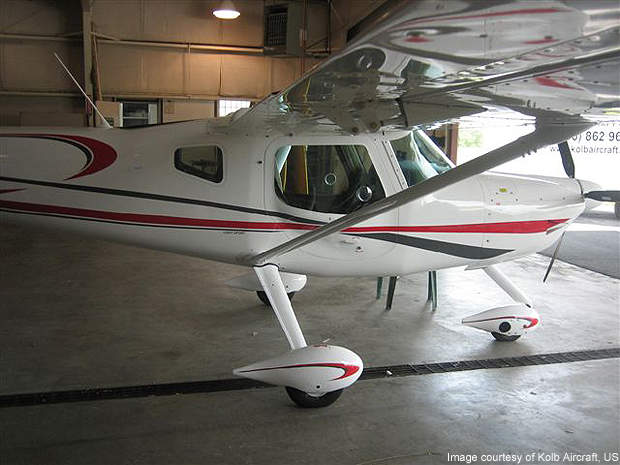 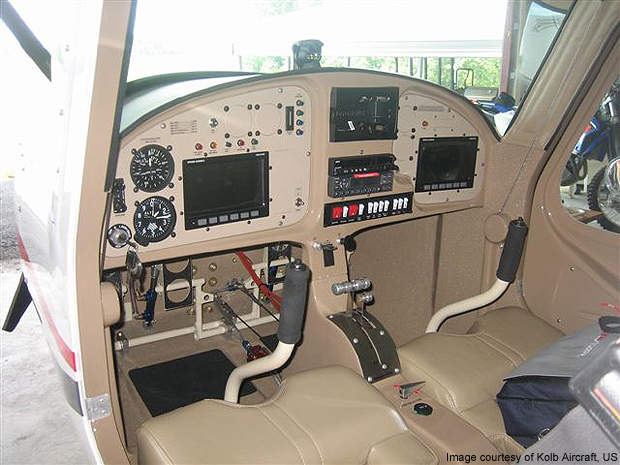 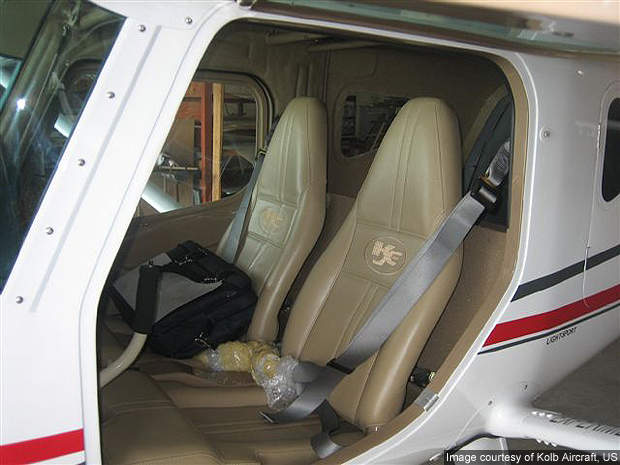 The seats are adjustable via a rocker switch.

The Kolb Flyer Super Sport is a light sport aircraft manufactured jointly by New Kolb Aircraft, US and Flyer Industria Aeronautica, Brazil.  The planes are manufactured in Brazil and the final assembly and certification are done in Kentucky.

The Kolb Flyer SS was originally developed as Ultravia Pelican which was designed by Jean Rene Lepage. The Pelican was produced by Ultravia Aero International until the company was closed in 2006. New Kolb Aircraft acquired the design and began production in 2008.

The Flyer SS took off on its maiden flight in April 2008. It was launched on the market in July 2008 at the Airventure 2008, Oshkosh, USA. About 75 aircraft have been operating since July 2008. The Flyer SS is S-LSA (Special Light-Sport Aircraft) certified.

The Kolb Flyer SS has been re-designed to suit the US light sport aircraft market. The original Pelican was made of fibre-glass, which has been changed to carbon-fibre. This has reduced the weight of the aircraft while improving its strength. The Flyer SS weighs 1322lb.

The size of the doors has been increased. Easier entry and exit from the aircraft has been made possible by pushing the strut position backwards.

“The Kolb Flyer SS took off on its maiden flight in April 2008.”

The baggage area, located behind the seats, is slightly longer than in the Pelican. An additional door at the back enables easier movement for the pilots.

The aircraft features metal-made wet wings and tail feathers, Fowler flaps and Frise ailerons. The ailerons deflect up to 300 upward and 170 downward. A bell crank makes the ailerons movable.

The flaps are linked through a torque tube connected to an electric motor. The flaps deflect from -4° to 40°.  The flap control is placed in the cockpit’s centre console.

The cabin has two side-by-side adjustable seats for pilot and co-pilot. The seats can be electrically adjusted via a rocker switch located between the seats on the centre console. The adjustable seats allow the pilots over six feet tall to sit comfortably.

The pilots can access the baggage compartment through a cargo door.

The aircraft is powered by a single Rotax 912S engine which produces 100hp (74.6kW) of output power. The maximum continuous power of the engine is 95hp (70.87kW). The aircraft enables installation of a variety of engines because of its extended nose cowl.

The Flyer SS has Wittman main gear and trailing link nose gear. It is operated through a throttle and brakes.

The two main wheels are fitted in landing gear sockets.

The main wheels are placed on an aluminium fork. The nose wheel can rotate 360°.

The aircraft has a differential braking system operated from pilot and passenger seats.

The maximum cruising speed is 117kt and the climb rate is 1,234fpm.

The two fuel tanks (on each wing) have a capacity of 14 gallons each, giving the aircraft endurance of five hours.