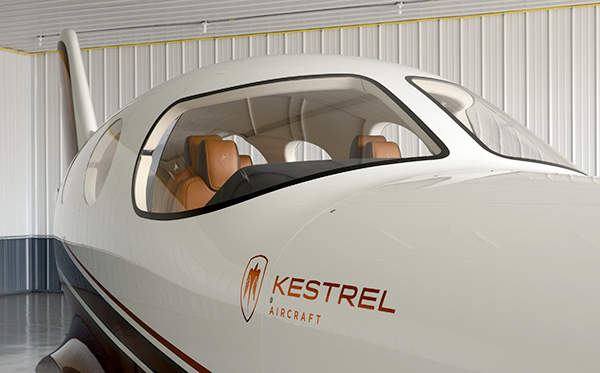 Kestrel’s new turboprop aircraft is expected to come into service by 2016. Image courtesy of Kestrel Aircraft. 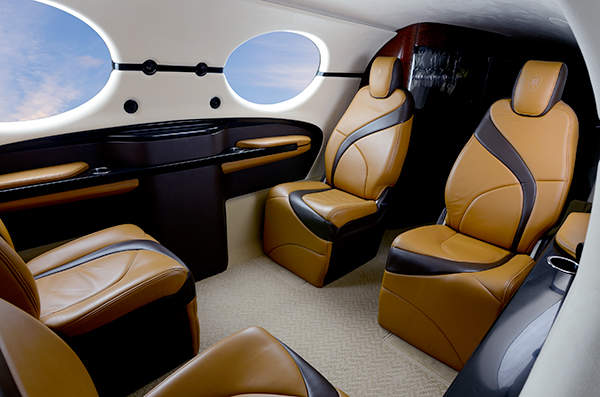 The ventilation and wiring is located in the cabin sidewalls. Image courtesy of Kestrel Aircraft. 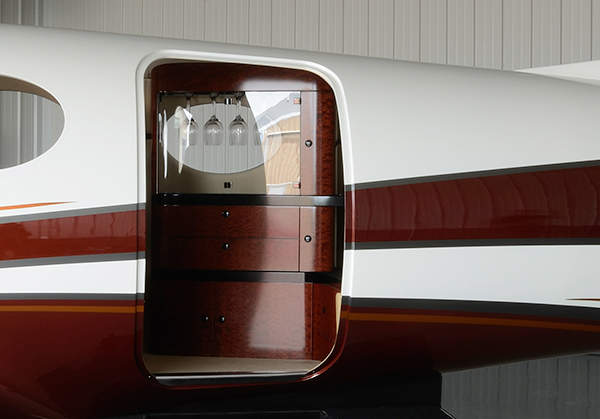 The entrance door of the Kestrel turboprop aircraft. Image courtesy of Kestrel Aircraft. 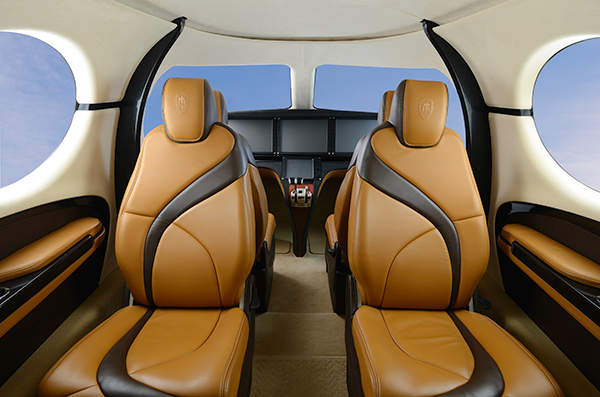 The cabin of the aircraft will have large space with comfortable executive seats. Image courtesy of Kestrel Aircraft. 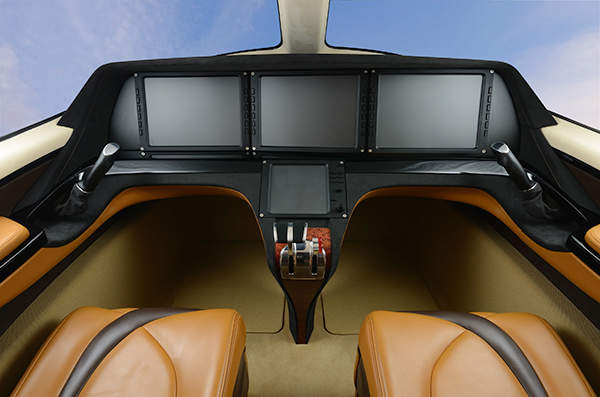 The flight deck of the Kestrel aircraft. Image courtesy of Kestrel Aircraft. 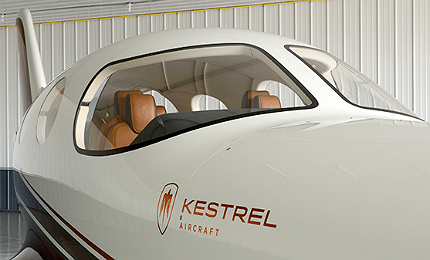 Kestrel Aircraft, based in the US, is currently developing a six to eight-seat turboprop-engine aircraft. The new aircraft will burn less fuel and will be able to land on grass and short / gravel strips. It is expected to be in service by 2016.

"In October 2012, Hartzell Propeller was contracted by Kestrel to supply four-blade propeller to the turboprop aircraft."

In July 2012, Parker Aerospace was awarded with a contract to supply main wheels, main brakes and nose wheel for the turboprop aircraft. The components will be developed by the aircraft wheel and brake division of the company.

In October 2012, Cox Company was awarded with a contract to supply electro-mechanical ice protection system for the turboprop aircraft. In the same month, LORD Corporation was selected to provide engine mount solution for the new turboprop aircraft.

In October 2012, Hartzell Propeller was contracted by Kestrel to supply four-blade propeller to the turboprop aircraft. The new aircraft will be provided with ASC-II blades built with carbon structure.

Air Comm Corporation supplies the air conditioning equipment and environmental control systems for the aircraft. The landing gear for the aircraft will be provided by Triumph Structures Kansas City.

The new Kestrel turboprop aircraft is being developed at Kestrel’s centres located in Superior and Brunswick, US. Its design will be based on the F1C3 prototype, which was developed by Farnborough Aircraft in 2006.

Features of the aircraft’s cockpit

The cockpit of the aircraft will feature an instrument panel with avionics and sidestick controls. The flight deck will offer high visibility with well-designed ergonomics. It will be equipped with customised avionics, which will include one intuitive panel.

The pilot will be able to get acquainted with the aircraft systems, weather conditions, configurations of the aircraft, approach charts and flight planning information.

Design of the Kestrel’s cabin

The cabin of the aircraft will be an advanced composite structure. It will provide executive seating for six to eight passengers.

"The new Kestrel turboprop aircraft is being developed at Kestrel’s centres located in Superior and Brunswick, US."

The materials which will be used for the interior of the cabin will include upscale Alcantara leathers and exotic African woods.

The contract to design the interior of the aircraft cabin was awarded to Ray Mattison.

A cabin management system (CMS) and environmental control system (ECS) will be installed in the aircraft.

The aircraft will be fitted with the Honeywell TPE331-14GR engine developed by Honeywell Aerospace. It will have an aluminium structure with two centrifugal compressors and cooled turbine blades. It will have two batteries including one lithium-ion battery. The power output will be 1,759thp, which will be flat-rated to 1,000shp. The Time between Overhaul (TBO) will be more than 5,000 hours.

The aircraft will be fitted with a trailing-link type landing gear and oversized tires, which will ensure smooth landing on unpaved and short strips.

MA60 is a twin-engine passenger airliner designed and manufactured by Xi’an Aircraft Industrial Corporation (XAIC) of China for short and domestic air routes.

The Pilatus PC-12 is a corporate commuter and utility turboprop aircraft. The aircraft’s first flight was in 1991.