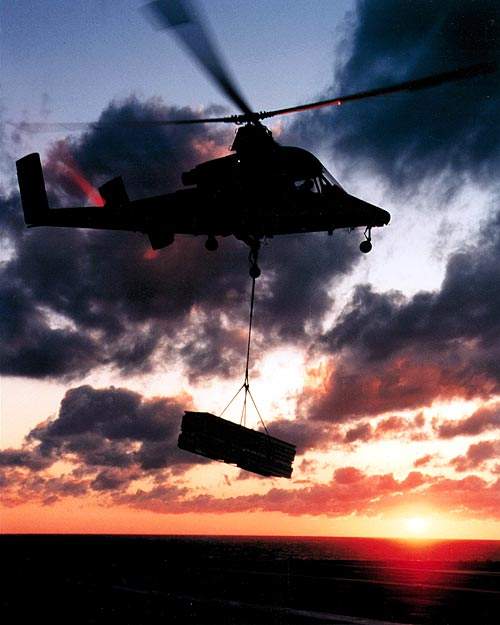 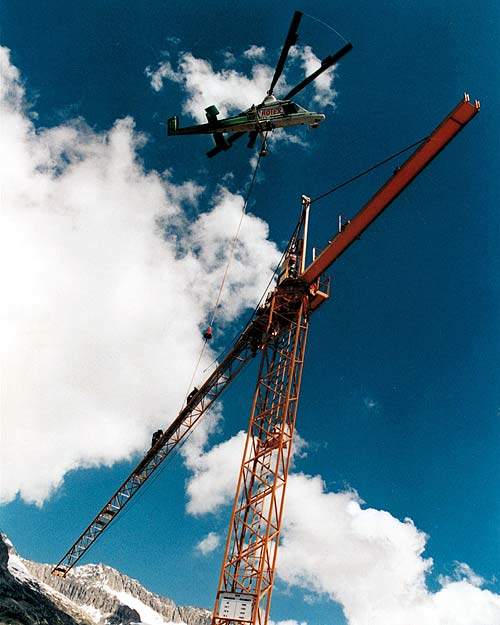 ROTEX AG, based in Liechentenstein, used its Kaman K-MAX to assemble a large construction crane in the Swiss Alps at an altitude of 8,000ft. 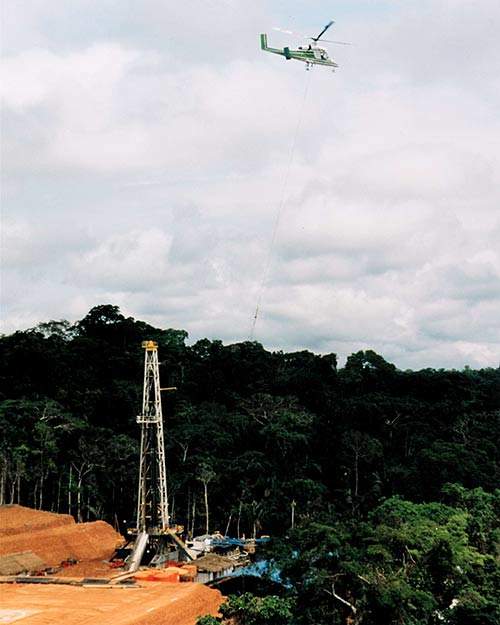 In Bolivia, a Kaman K-MAX helicopter was used to construct a drilling rig and support oil drilling operations. 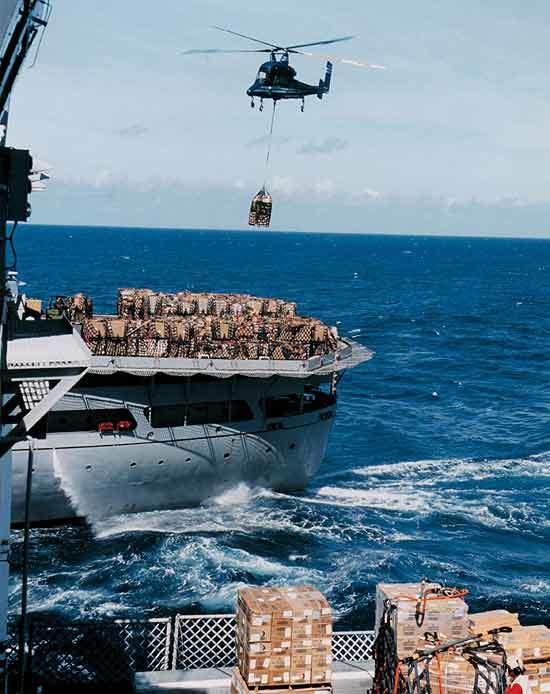 The effectiveness of Kaman's K-MAX in ship replenishment at sea was demonstrated in two VERTREP (Vertical Replenishment) programs for the US Navy's Military Sealift Command.

The K-MAX K-1200 light-lift multi-purpose helicopter is manufactured by Kaman Aerospace Company at the company’s production facilities at Bloomfield, Connecticut. The first flight of the single-engine, single-seat helicopter was completed in March 1992. FAR parts 27 and 133 certification and Canadian certification were awarded in 1994.

The United States Navy used the K-MAX in the vertical replenishment demonstration programme started in 1995. The helicopter has been used by the US Navy in Guam and deployed on board the USS Niagara Falls, the US Military Sealift Command’s combat store ship, in the Arabian Gulf. The United States Marine Corps has carried out a series of trials to evaluate the K-MAX in the unmanned air vehicle role.

Five K-MAX are being operated by the Columbian military, in support of US government-sponsored counter-drug operations.

The helicopter can carry suspended loads up to 2,721kg and is used for forestry, logging, construction, agricultural work, surveillance and transportation and is in service with civil operators in Austria, Canada, Germany, Japan, Liechtenstein, Peru, Switzerland, Taiwan and the USA. The Royal Malaysian Air Force has deployed the K-Max for firefighting missions.

K-MAX can deliver day or night, having recently received FAA certification to operate under Instrument Flight Rule (IFR) conditions. In Bolivia, a Kaman K-MAX helicopter was used to construct a drilling rig and support oil drilling operations. K-MAX operated regularly with temperatures reaching up to 107°F while transporting equipment over a mountain pass at an altitude of more than 3,000ft.

In March 2007, Kaman and Lockheed Martin announced a partnership to develop a manned / unmanned version of K-MAX for military applications. Lockheed Martin will be prime contractor. KMAX has demonstrated more than 12 hours unmanned flight during trials with the USMC in the Burro Technology Demonstration.

In June 2008, during a USMC and US Army demonstration, the K-MAX successfully demonstrated autonomous take-off and landing, pick-up and delivery of a 3,000lb slung load. At a further demonstration for the USMC in November 2008, the KMAX performed auto landing and drop off with a 6,000lb load. The K-MAX is controlled by Lockheed Martin’s KineForce mission management system.

In August 2008, Kaman delivered the first of two refurbished K-MAX helicopters to Lockheed Martin Systems Integration – Owego, for use in test and development for the manned/unmanned helicopter programme.

Kaman Aerospace has developed a firefighting variant of the K-Max, called FireMax, which has begun certification flight testing. The new 700gal fixed-tank system can use shallow water sources and can fill in 20-30 seconds.

The two-piece, U-shaped tank system is equipped with a hydraulically-powered hover refill pump. The hydraulic system is powered by an existing 50hp accessory pad on the transmission.

The cockpit houses a single crash- and impact-resistant seat supplied by Simula and fitted with a five point harness. The pilot has an excellent forward, side and downward view from the narrow fuselage. The curved windscreen is fitted with a demister. The panels in the domed side windows can be opened to provide a clearer direct view and in hot weather the helicopter can be flown with the side doors removed.

The cargo compartment behind the pilot, capacity 0.74m³, is fitted with cargo tie-down rings.

One or two passenger seats can be attached externally to the sides of the helicopter forward of the main wheel legs.

The helicopter is of light alloy construction and is of simple and robust design. The blades and flaps are of high-strength carbon and glass fibre-reinforced plastic materials. The engine drives two pairs of intermeshing and contra-rotating rotor blades. There is no tail rotor.

“Kaman has developed a firefighting variant of the K-Max, called FireMax.”

A freight compartment is installed below the transmission system.

The internal surfaces of the helicopter are painted white and the compartments are fitted with lighting in order to aid service and maintenance operations at night.

The transmission lines and engine fluid lines are installed on opposite sides in order to ease servicing.

The helicopter is powered by a single Honeywell turboshaft engine, type T53-17A-1, with a take-off power of 1,007kW. The engine is derated to provide a high standard of reliability and long operating life. The fuel tank of 865l capacity is installed at the helicopter’s centre of gravity for stability. The fuel system is equipped with two electric fuel pumps.

The helicopter is equipped with fixed tricycle-type landing gear. Each unit has a bear paw plate installed around each wheel for landing and take-off from snow and soft ground.

The mainwheels are mounted on a transverse tube and are fitted with impact resistant compressed rubber suspension units, individual foot powered brakes and a parking brake.

The single wheel nose unit has oleo suspension and can be swivelled and locked.