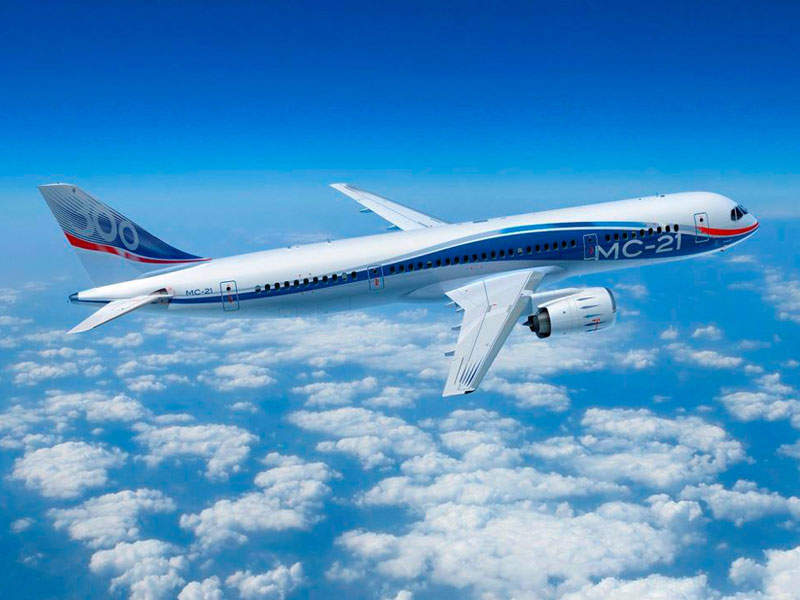 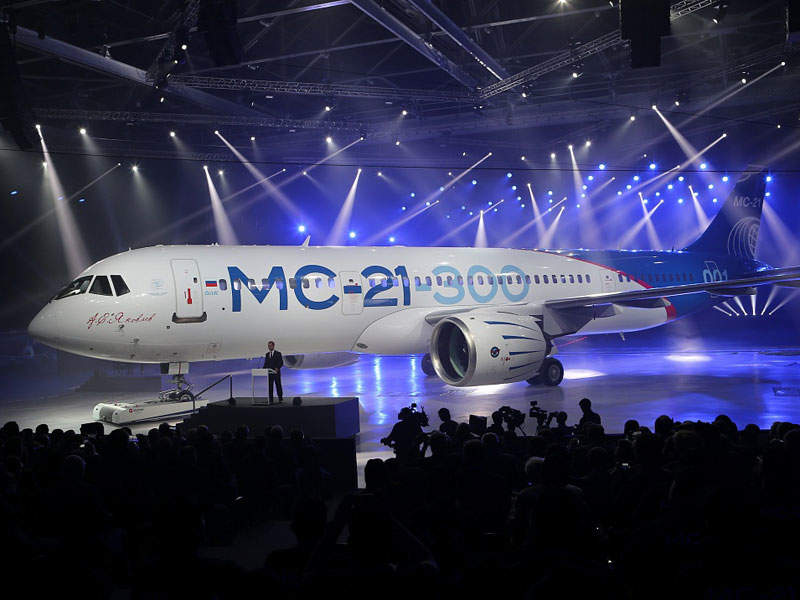 The new Russian MC-21 passenger aircraft was rolled out on 8 June 2016. Image: courtesy of Irkut Corporation. 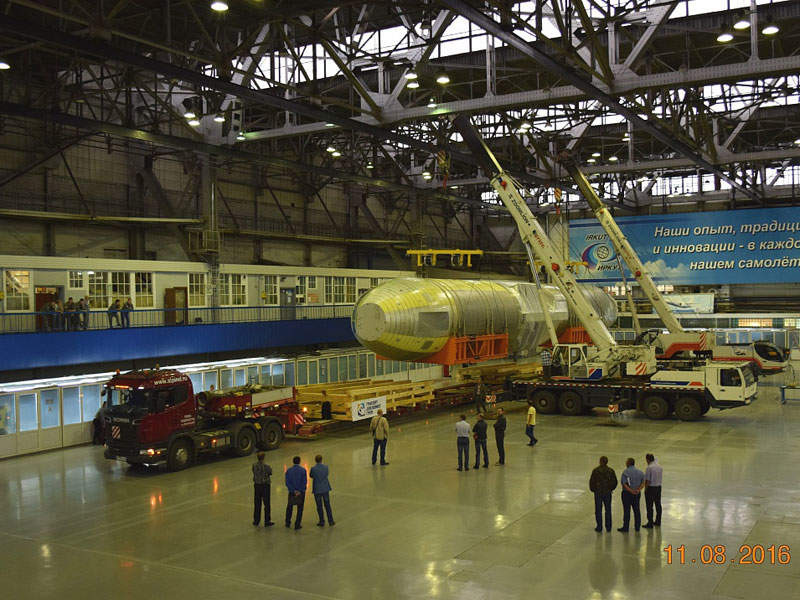 Testing of the MC-21 fuselage at the Central AeroHydrodynamic Institute (TsAGI). Image: courtesy of Irkut Corporation. 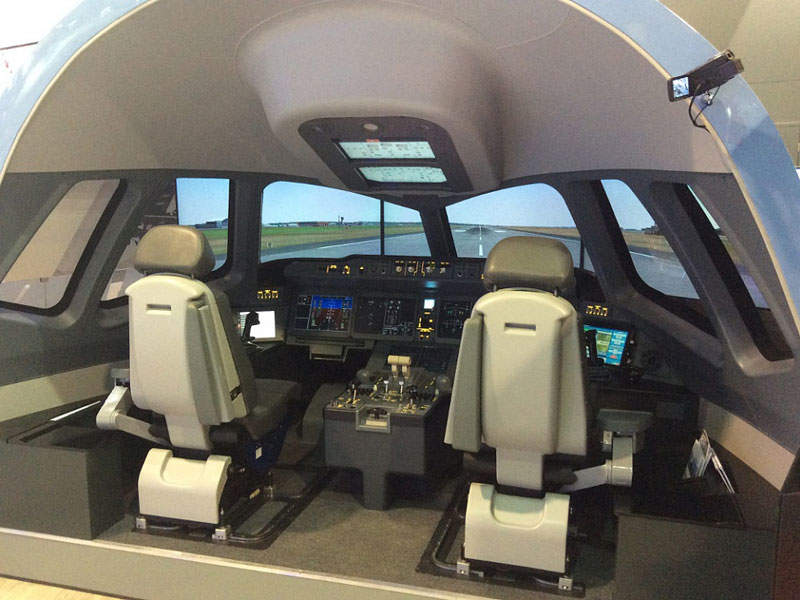 Apart from the panels and controls, the MC-21 aircraft will feature updated, customised software for modelling of aircraft flight and on-board systems operation. Image: courtesy of Irkut Corporation. 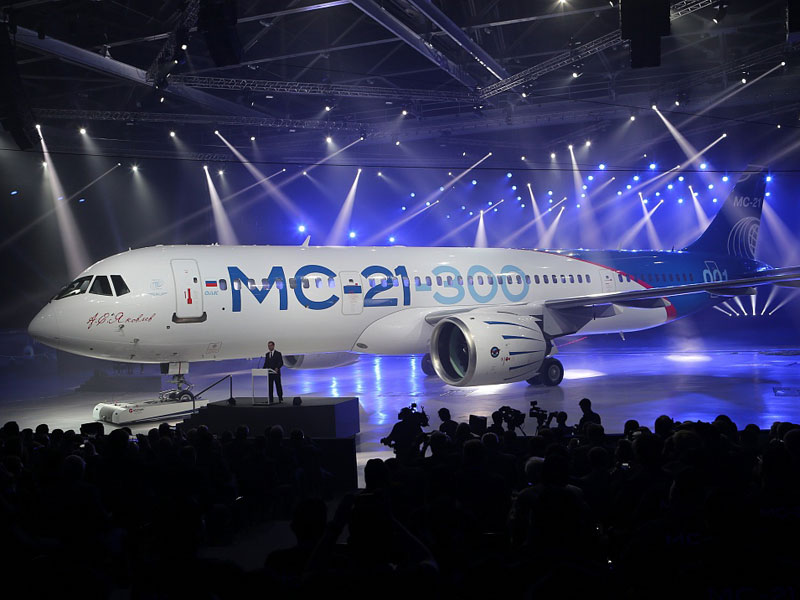 Irkut Corporation, a member of United Aircraft Corporation (UAC), is manufacturing the MC-21 short/medium-range passenger aircraft at its Irkutsk Aviation Plant in Russia. Irkut is developing the aircraft through its design and engineering unit, Yakovlev Engineering Centre.

The MC-21 passenger aircraft was rolled out in June 2016 and its first flight is expected this year. It will be offered in two variants, namely MC-21-200 and MC-21-300. Incorporating two engines, the aircraft will be a short to mid-range jet airliner with a capacity between 132 and 212 passengers.

With features such as advanced engines, next-generation airborne systems and refined aerodynamics, the MC-21 aircraft stands much ahead of its counterparts.

The salient feature of the MC-21 will be the 6,000ft altitude cabin, which is more advanced than Airbus and Boeing in the single-aisle market. Innovative vacuum infusion technology and automatic carbon filler layup methods were introduced in the wing box manufacturing for the first time in world aviation.

The cumulative level of perceived aircraft noise and engine emission performance levels of MC-21 will be as per the standards set by the ICAO. The aircraft is also expected to release 15-25% lesser carbon dioxide emissions into the atmosphere per passenger seat than other airplanes currently operating.

The MC-21 will have the widest fuselage in the class of single-aisle aircraft, providing enlarged personal space for its passengers and crew.

The MC-21 family offers an option to choose from either the Pratt and Whitney PW1400G engine or the PD-14, which are equipped with new-generation propulsion systems.

The noise levels in the PW1400G-JM engine, with the third certified PurePower Geared Turbofan motor, will be much lower than the current requirements as per ICAO. The engine is also expected to reduce NOx emission by more than 40% compared to ICAO 2008 requirements, and CO2 emissions by 3,000tpa per aircraft.

To be provided by UEC, Russia, the PD-14 will feature BLISK technology compressor rotors, a FADEC automatic control system, and a low-emission combustion chamber.

The MC-21 will be equipped with advance avionics technologies such as open architecture design, which is based on standardised integrated modular avionics.

The open architecture and the standardisation of hardware and software units will increase the avionic system’s reliability, while reducing power consumption, weight, size, and lifecycle costs.

"With features such as advanced engines, next-generation airborne systems and refined aerodynamics, the MC-21 aircraft stands much ahead of its counterparts."

The aircraft will be equipped with high-accuracy navigation and advanced radio communication equipment to ensure safe operation even in adverse weather conditions.

Included as part of the integrated flight control system, fly-by-wire technology helps in reducing the aircraft weight and maintenance cost. It includes active sidestick controllers, which provide the pilot with feedback of the aerodynamic flight conditions and the warning of proximity to the operational limits.

As of April 2017, Irkut has orders for 276 MC-21 aircraft, including 175 firm orders. Cairo Aviation airline, a subsidiary of KATO Investment, entered an agreement with Irkut Corporation for the purchase of six MC-21 aircraft in November 2015, with an option to buy four additional aircraft.

Key players involved with the development of MC-21 aircraft

Abris JSC, a key partner in the development of the MC-21, awarded a $50m contract to Meggitt Safety Systems (MSSI) for providing fire protection equipment for the aircraft.

UAC-Integration Center is developing avionics for the airliner in partnership with Thales Avionics SAS and Rockwell Collins.

CKT Company developed the PS-MC-21-300 full flight simulator for the MC21 aircraft. Russia’s Gidromash is the supplier of landing gear system for the aircraft, while Hamilton Sundstrand is supplying the auxiliary power unit (APU).

The Actuation and Propeller business unit of UTC Aerospace Systems is the supplier of MC-21 cockpit’s active sidesticks, while ZAO Aviastar-SP is the manufacturer of the fuselage section.

Eaton Corporation was awarded the contract for the supply of a hydraulic system for the MC-21 aircraft in August 2009.

Honeywell is the supplier of avionics equipment, cabin pressurisation and APUs, while Zodiac has been awarded the contract for the interiors and primary power distribution system.