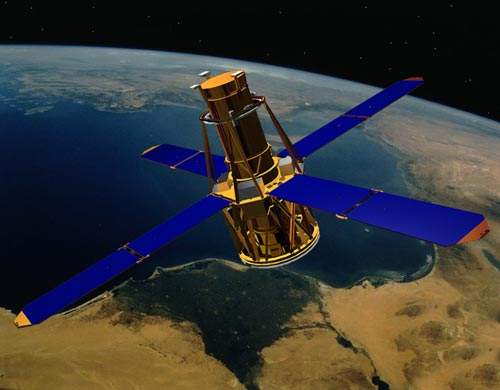 HESSI was built by Spectrum Astro. 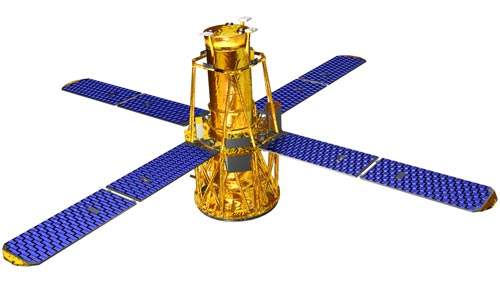 The HESSI spacecraft has four arrays for solar panels. 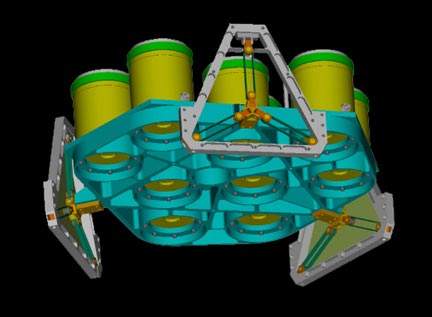 The Cryocooler cools the Spectrometer from below the cold plate in which the Germanium Detectors sit. 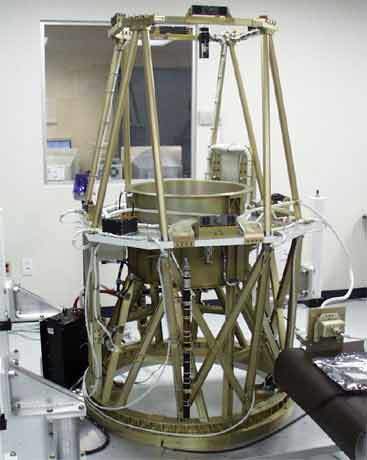 The HESSI spacecraft bus. The spacecraft bus consists of the structure and mechanisms, the power system (including the battery, solar panels and control electronics), the attitude control system, thermal control, command and data handling (C&DH) and telecommunications. 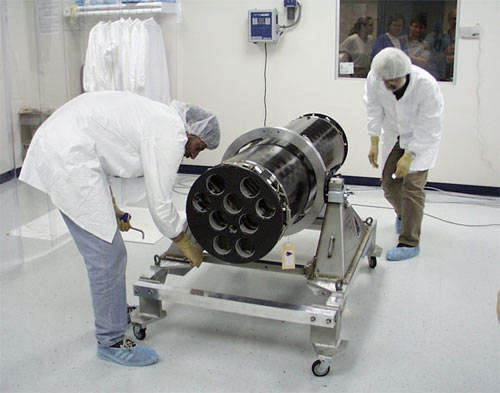 During a solar flare, gas is heated to 10 to 20 million degrees Kelvin (K) and radiates soft X-rays and longer wavelength emissions. Unable to penetrate the Earth’s atmosphere, the X-rays can only be detected and analysed from space.

The new approach of the HESSI mission is to combine, for the first time, high-resolution imaging in hard X-rays and gamma rays with high-resolution spectroscopy, so that a detailed energy spectrum can be obtained at each point of the image. This new approach will enable researchers to find out where these particles are accelerated and to what energies. Such information will advance understanding of the fundamental high energy processes at the core of the solar flare problem.

The spacecraft was launched in 2002 and will be operational for up to three years.

The trays are the supporting platform for the grids and are made of a special aluminum alloy, which was chosen because of its easiness to machine and weld. The material also needed to show no deviation from the desired shape with time and temperature. Trays are hollow, with beams welded from parts to provide the required stiffness at an acceptable mass. To release residual stresses after the production, trays were tempered in a moderate heat treatment. The final grid-bearing surfaces of the trays were flat within ~10µm.

To maintain alignment following thermal and vibrational stresses, flexural elements are used to mount the grids to the grid trays and the telescope tube to the spacecraft.

For image reconstruction on the ground, knowledge of relative roll is required at all times to 3 arcmin (3 sigma). Since all sources of torque on the spacecraft are weak, the required information can be obtained with a star scanner that samples the roll orientation at least once per rotation. Interpolation between measurements allows the roll orientation to be determined at intermediate times with the required accuracy. Data from the RAS (Roll Angle System) are acquired and processed for transfer to the image data processing unit (IDPU).

The RAS consists of a 2,048 element linear photodiode array and electronics behind an f/1.0, 50mm lens. A sunshade limits the FOV so that a 30° band is swept out across the sky orthogonal to the spin axis. As the spacecraft rotates, each detected star generates a brief spike in the output of one or two pixels, whose timing defines the roll orientation. For +2 magnitude stars, the detection signal-to-noise is 15:1. Allowing for Earth occultation and the recovery time from anticipated Earthshine saturation, at least one (and typically seven) such star(s) will be detected each rotation throughout the mission. Measurements of only one star, averaged over a minute, allow the roll angle to be determined to 2.7 arcmin (3 sigma).