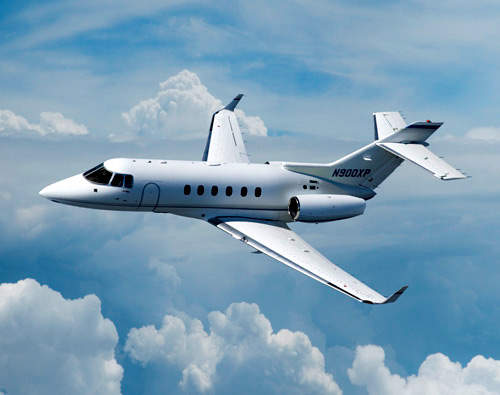 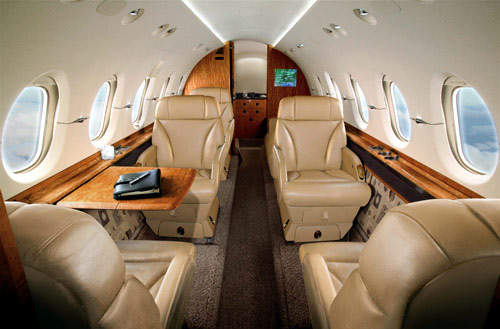 The versatile cabin of the Hawker 900XP allows a large variety of layouts with each aircraft interior being designed to satisfy the requirements and tastes of the individual customer.

The Hawker Beechcraft Hawker 900XP is the latest development of the Hawker 800/800XP mid-sized business jet. The Hawker 900XP has improved payload capabilities, enhanced performance and upgraded systems to further improve ease of operation and cost of maintenance.

The Hawker 900XP is powered by new Honeywell Aerospace TFE 731-50R turbofan engines, which provide increased thrust at altitude and lower specific fuel consumption. This gives the aircraft much improved airfield performance particularly at hot and/or high airfields, decreased time to altitude and the ability to climb direct to the maximum cruising altitude of 41,000ft at maximum take-off weight (ISA).

The Hawker 900XP was launched at the National Business Aviation Association (NBAA) convention in October 2006. Initial orders were received at the show from NetJets Aviation and NetJets Europe for 18 aircraft and Voyager Group LP of the USA for an undisclosed number. NetJets increased the order to 36 aircraft in January 2007. Other orders received include: Gulf Jet (one aircraft), Jet Asia (four), Deer Jet (one) and Western Aviation of Dubai (one).

The design of the Hawker 900XP is based on the Hawker 800/850 but with the addition of composite winglets, designed by Hawker Beechcraft, to enhance aerodynamic performance. The custom-designed outwardly canted winglets were sized to provide distinct performance improvements while not impacting airframe inspection schedules.

The versatile cabin of the Hawker 900XP allows a large variety of layouts with each aircraft interior being designed to satisfy the requirements and tastes of the individual customer.

With an eight seat configuration, there is a baggage capacity of 49.5ft³ which is accessible in flight. Alternative layouts are available if extra baggage is required.

A comprehensive galley is equipped with a microwave, a cold food box, a coffee maker and stowage for crockery, cutlery and glasses.

From 2008, the Hawker 900XP can be fitted with the Aircell Axxess II satellite communications system.

“The versatile cabin of the Hawker 900XP allows a large variety of layouts.”

The higher thrust at altitude also means the Hawker 900XP can climb directly to its maximum operating altitude of 41,000ft in 25 minutes at maximum take-off weight. The ability to climb directly to final cruise altitude, together with better fuel efficiency compared to the older 731-5BR engine, allows faster overall trip times and lower operating costs. The TFE731-50R engine also features a 6,000-hour Time Before Overhaul (TBO) which also translates into lower engine costs.

The Honeywell Aerospace GTCP36-150 Auxiliary Power Unit (APU) is fitted as standard in the Hawker 900XP. The APU is fully approved for in-flight operation to 30,000ft and provides electrical power and air-conditioning while the aircraft is on the ground without the need to start the aircraft’s main engines.