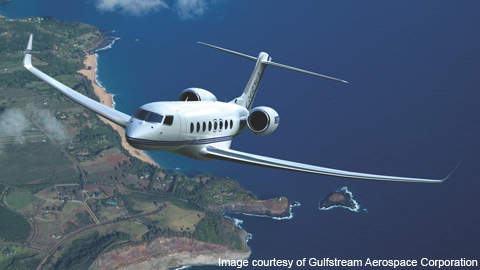 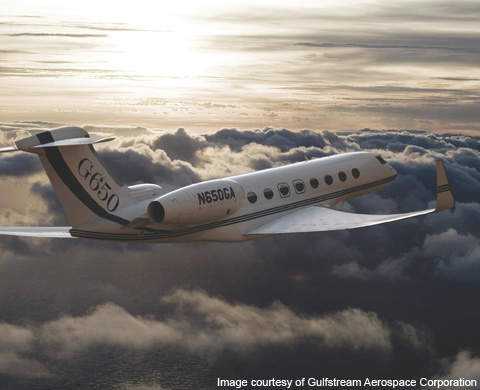 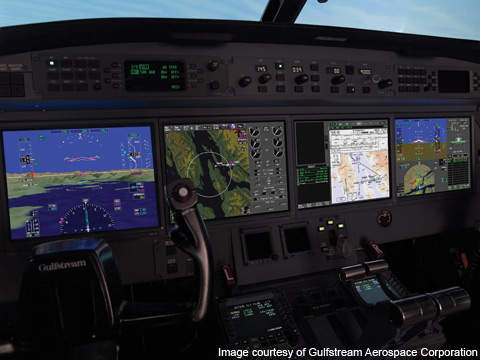 The G650 is a long-range jet and has a larger cabin than other business jets in its class. 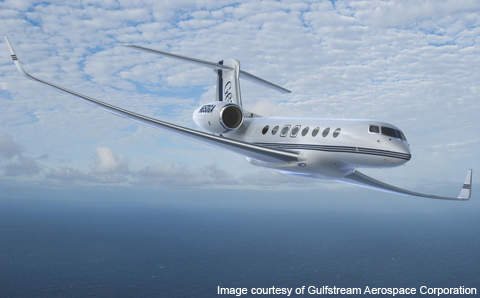 As of September 2012, Gulfstream Aerospace Corporation received orders for 200 jet liners and 400 letters of intent for the G650. 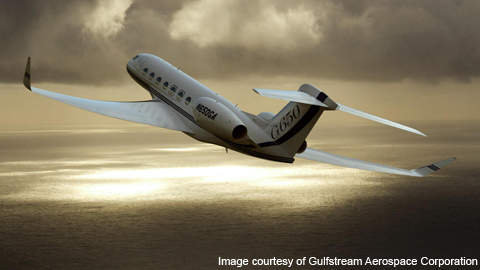 Bonded skin panels, machined frames and precision assembly were employed in the design and manufacturing processes of G650's fuselage. 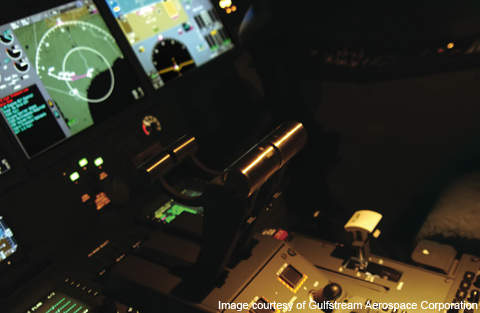 The jet liner is fitted with a Plane View II cockpit, which includes a Triplex Flight Management System. 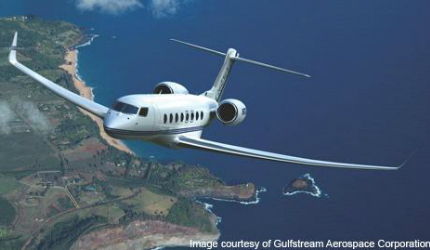 The Gulfstream G650 comes with ultra-high speed, ultra-long-range features and is the most expensive business jet manufactured by US-based Gulfstream Aerospace Corporation. The G650 project started in May 2005 and was unveiled in March 2008. The prototype of the G650 was rolled out on 29 September 2009 at Gulfstream’s 308,000ft² manufacturing facility in Savannah, Georgia, US.

The maiden flight of the G650 jet liner took place on 25 November 2009 and the first series of flight tests was completed in December 2009.

Gulfstream completed the limit load testing of the G650 in May 2010 for FAA and the EASA approvals. The tests were conducted on primary structural components encompassing the fuselage, wings, horizontal and vertical stabilisers, landing gear and flight control surfaces.

CPI Aerostructures signed a contract with Spirit Aerosystem in November 2010 to supply cutting-edge assemblies for incorporating in the G650 aircraft.

On 2 April 2011, a G650 flight-test aircraft crashed during take-off performance tests. The accident, which occurred in Roswell, led to the death of two pilots and two flight test engineers onboard.

Orders and deliveries of G650 aircraft

As of September 2012, Gulfstream Aerospace Corporation received orders for 200 jet liners and 400 letters of intent for the G650. In March 2009 JPMorgan Chase announced plans to purchase two G650 business jets.

About $138m has been earmarked by JPMorgan Chase for buying the jets and renovating a hangar at Westchester Airport to house them. Of the $138m, approximately $120m will be spent on the jets themselves, while the remaining $18m will be used to renovate the hangar. Gulfstream started delivering G650s to customers in December 2012. The first jet was delivered in December 2012, to a customer based in the US.

Design of the Gulfstream G650

The G650 was designed using three-dimensional electronic tools. It is a long-range jet and has a larger cabin than other business jets in its class. The G650 can also land at smaller airports.

The G650’s fuselage cross-section is oval-shaped with a flatter lower portion. The surfaces are completely controlled by fly-by-wire technology. The wing was designed in 2006. The wing-tunnel testing was completed at the end of 2008.

Features of the G650 jet liner

The G650 is equipped with satellite phones and wireless internet. It also features a water treatment facility, IWG-A6, manufactured by International Water-Guard Industries (IWG) of Canada. The unit is capable of providing water treatment for an entire Boeing 737 or Airbus A320 aircraft.

"As of September 2012, Gulfstream Aerospace Corporation received orders for 200 jet liners and 400 letters of intent for the G650."

A flow rate of about 4gal/min can be produced by the 10lb water treatment unit on board. The treatment unit combines ultraviolet disinfection with a replaceable filter to generate clean water from on-board supplies. It also has an improved self-monitoring system.

Fuselage and flight deck onboard

Bonded skin panels, machined frames and precision assembly were employed in the design and manufacturing processes of the G650’s fuselage. These methods reduce assembly time and energy consumption.

The fuselage is made from metal, while the tail assembly, winglets, rear pressure bulkhead, engine protective sheet and cabin floor structure are made with composites.

The EVS and SV-PFD help pilots monitor terrain, obstacles and approaches in bad weather conditions. Real-world images are captured by EVS’s forward-looking infra-red (FLIR) camera and displayed on the HUD II in the cockpit. 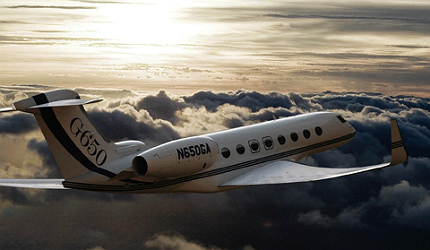 The cockpit also has a dual radio system with a third NAV / COM communication management function and a central maintenance computer. Fly-by-wire technology has been implemented in the jet’s advanced flight control system, reducing stress on the airframe.
Cabin of the ultra-high speed jet liner

The G650’s cabin incorporates recommendations from fleet operators. The fuselage length of the cabin has been increased by 24in, while the width and height have been increased by 14in and 3in respectively when compared with the Gulfstream G550.

The cabin has improved on-board lighting and an advanced communication system. To provide more leg room, the length of the living area has been increased. The new cabin width allows wider seats to be accommodated and provides more aisle space.

A stateroom occupies the remaining space in the cabin. It has a seat, a divan that becomes a double bed, a 26in pop-up LCD monitor and two windows on each side.

Avionics on the G650 aircraft

In March 2008 Honeywell was awarded a $3bn contract by Gulfstream Aerospace Corporation to supply avionics and mechanical systems for the G650.

The G650 is powered by two Rolls-Royce Deutschland BR725A1-12 turbofan engines, which together generate 143.2kN of thrust at take-off. Manufactured in Germany, the BR725A1-12 engine has been principally developed for ultra-long range business jets. The engine entered service in December 2012 through the G650.

The BR725A1-12 engine offers high thrust, a large payload, better fuel efficiency, clean and quieter operation and longer maintenance intervals. It is equipped with a 50in swept fan composed of 24 titanium blades for enhancing aerodynamic flow and efficiency and reducing noise and emissions.

The maximum take-off weight is 47,179kg. The wing loading and cabin pressurisation are 77.7lb/ft² and 10.7psi respectively. The take-off distance and cruise range are 1,829m and 9,260km respectively.

Best in the Business: the leading corporate jets