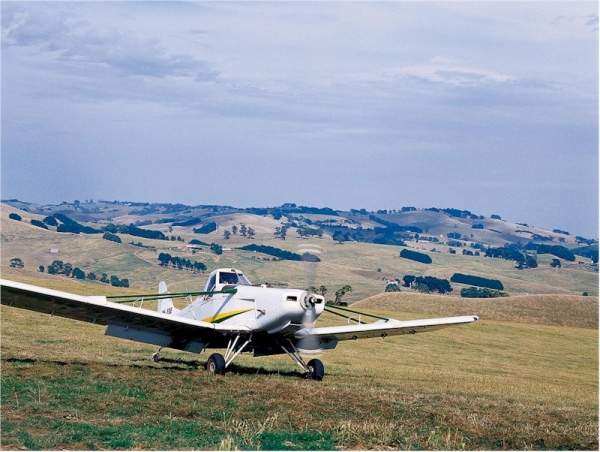 The GA200 is a low wing monoplane. Image courtesy of GippsAero. 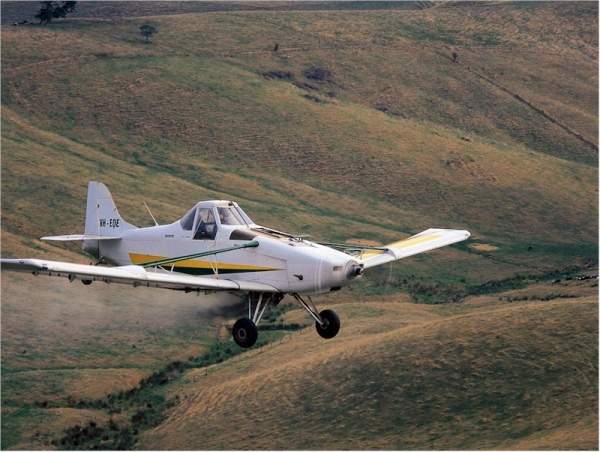 GA200 can fly at a maximum speed of 266km/h. Image courtesy of GippsAero. 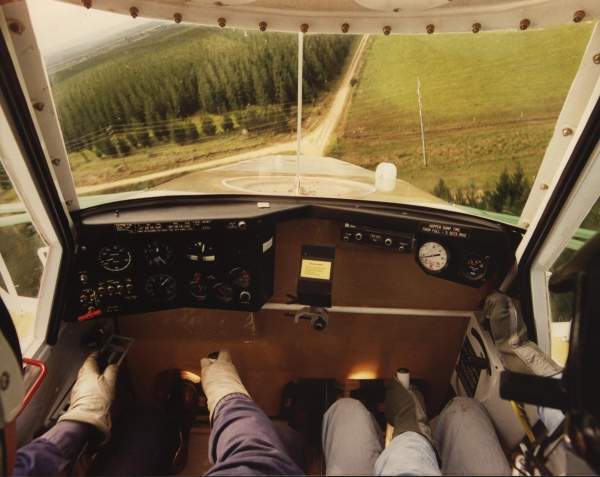 Glass Cockpit of the GA200 aircraft fitted with two side by side seats. Image courtesy of GippsAero. 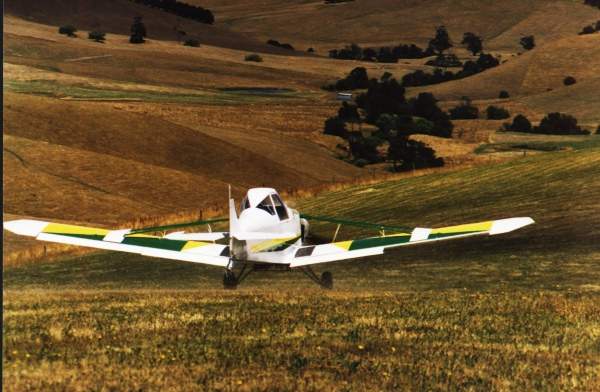 GA200 can operate from unprepared airstrips and grass runways. Image courtesy of GippsAero. 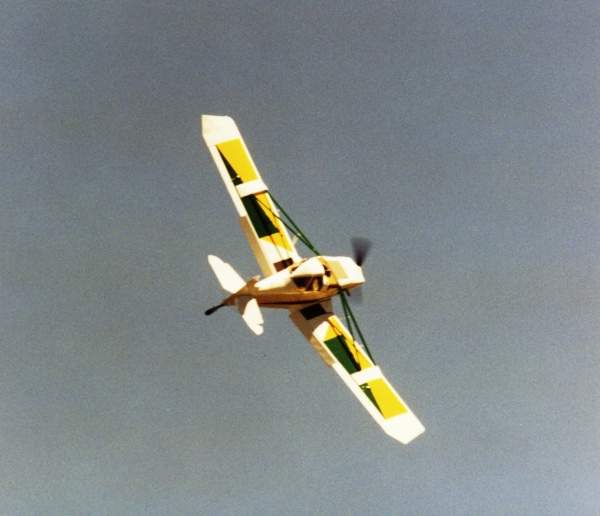 GA200 during its maiden flight in 1990. Image courtesy of GippsAero. 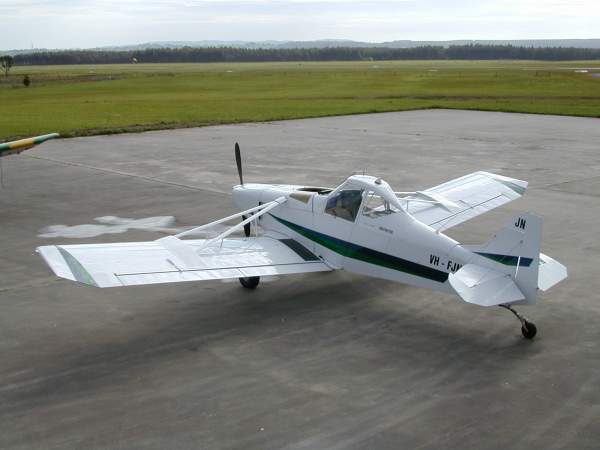 The strut based design of the aircraft saves 45kg of payload over a conventional cantilever design concept. Image courtesy of GippsAero.

The GA200 is a two-seat, single engine light agricultural aircraft designed and manufactured in Australia by GippsAero, a Mahindra Aerospace company, formerly known as Gippsland Aeronautics. The type first flew in 1990 and entered service in March 1991.

The GA200 evolved over a number of ‘proof of concept’ prototypes, based on the Piper PA25 Pawnee, each with major design innovations under all types of ‘in the field’ operating conditions. The five prototypes, which amassed more than 10,000 hours of agricultural experience, were subsequently incorporated in the development of the GA200.

"The maximum and cruise speeds of the aircraft are 266km/h and 204km/h respectively."

In 1991 the company achieved Australian CAA certification of the GA200 to US FAR 23 airworthiness standards and commenced a small manufacturing line. US certification was gained in 1997 allowing access to that market.

In 1998 the company developed an upgraded model, the GA200C, which has the capability of lifting one ton on 300HP, giving the aircraft a 30-50% better performance than any aircraft in its class.

In 2000 GA200 production was scaled down due to emerging commercial trends within the agricultural aviation industry and to make way for the company’s new GA8 Airvan eight seat utility transport aircraft.

To date, 45 GA200 aircraft have been manufactured in the Latrobe Valley, 28 of which have been exported to countries throughout the world including China, New Zealand, the USA, Canada, Brazil and South Africa.

The GA200 has three variants: GA200, GA200C and GA200 Ag-trainer. The GA200, the first production version, was equipped with a 750 litre hopper, a 250hp Lycoming engine driving a fixed pitch propeller.

The GA200 Ag-trainer, a trainer version of the standard GA200, is equipped with full dual flight controls for the training of agricultural pilots. No dual control versions of the GA200C have been built, but the option is available.

The GA200, a low wing monoplane with a vertical tail, was designed and certificated to the US FAR Part 23 Airworthiness standards as a dedicated agricultural delivery aircraft.

The design follows the conventional and well proven configuration for agricultural aircraft which has an emphasis on pilot safety. The pilot is seated above and behind the chemical hopper and the fuselage structure is designed to collapse progressively during a low speed crash, typically experienced during crop spraying operations.

The ‘strut braced’ design concept was chosen to allow the minimum possible weight for the wing, which has saved approximately 45kg (100 lbs) over a cantilever spar design. This allows a correspondingly greater maximum payload for a given empty weight.

The all-metal wings have full-depth laminated fail-safe spars and contain the fuel tanks. All components are corrosion proofed prior to assembly.

The wing leading edges consist of easily replaceable segments to minimise down-time in the event of minor leading edge impacts such as bird strikes. The semi-span wing flaps are of slotted design and are effective in all flight regimes. The wing flaps can also be used in flight in agricultural operations and significantly reduce turn radius when the aircraft is fully loaded.

The ailerons are gap sealed and provide light and responsive behaviour with a high roll rate at normal working airspeeds to minimise pilot fatigue.

The wing tips are removable assemblies to allow easy replacement in the event of damage. Their shape has evolved over a number of years of ‘in the field’ testing to provide the best possible swath width without compromising aircraft performance, while maintaining small, controlled wingtip vortices to enhance spray dispersal patterns.

The fuselage structure is a welded SAE 4130 chromium molybdenum steel tube assembly. Metal side panels attached by half turn ‘Dzus’ fasteners are fitted to both sides of the fuselage from the engine bay back past the rear cockpit.

These allow ready access for ease of inspection, maintenance and cleaning. The rear portion of the fuselage, which is covered in Dacron fabric, can be examined, maintained and cleaned by detaching the upper turtle deck of the rear fuselage.

The configuration of the pilot behind and above the load has been used for safety. A second seat, for transporting the chemical mixer, loader driver or to allow aerial viewing of the treatment area by the farmer, is situated to the right of the pilot seat.

The side by side seating arrangement was chosen to minimise shift of the centre of gravity with cockpit load as well as to fully utilise the wide fuselage structure.

The cockpit is also equipped with three air outlets to provide a pleasant working environment for the pilot in the hot Australian climate.

The doors of the cockpit are fitted with protruded windows and open upward. A 12 volt electrical system with alternator and R-35 aviation battery supply electrical power to the aircraft.

The GA200C is powered by a single Lycoming IO-540-K1A5 engine rated at 223kW of output power. The engine is a six cylinder fuel injected type fitted with a two bladed Hartzell HC-C2YR-1BF/F8475R constant speed propeller.

The GA200 is fitted with a rugged tail wheel, non-retractable landing gear to carry out take-off and landings even on unprepared airstrips. The landing gear is fitted with two main wheels, which are equipped with high flotation tyres and hydraulic disc brakes, and a single steerable tail wheel. Shock absorption for the main wheels is provided by rubber cord shock absorbers.

The GA200C has a 1,050 litre capacity fibreglass hopper suitable for carrying liquids or solids.

"The GA200 is a two-seat, single engine light agricultural aircraft manufactured in Australia."

The unique GippsAero multirole hopper door, which is suitable for operation with both solids and liquids, eliminates the time consuming job of changing old fashioned hopper outlets when changing from solids to liquids and vice versa.

The multirole hopper door can also be used for fire bombing and stream laying of foam type fire retardants. The hopper dump mechanism can be reset and closed in flight allowing for a partial dump if required.