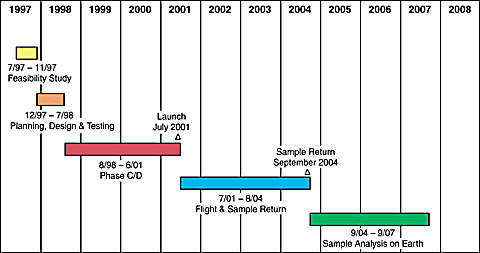 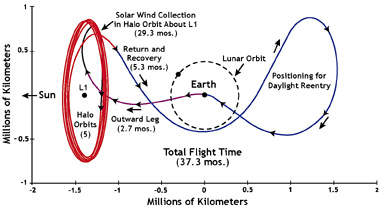 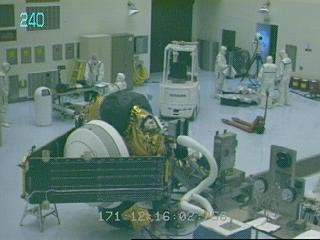 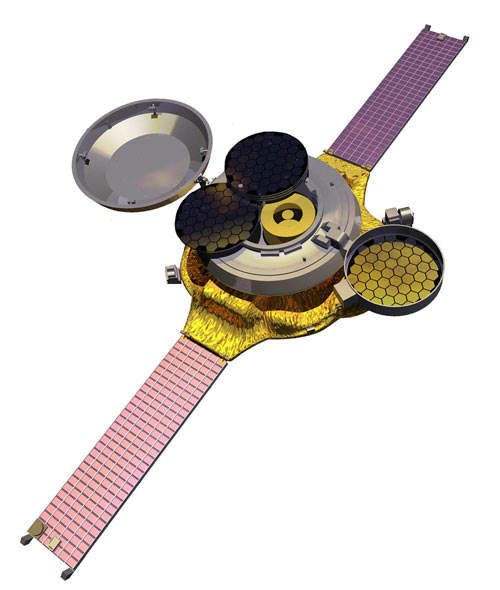 Genesis spacecraft as it orbits. 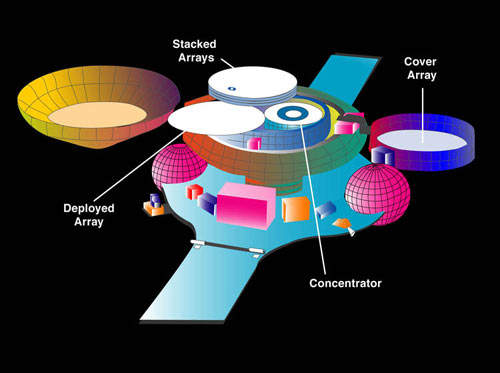 The Genesis mission was the first to return a space sample to Earth since Apollo 17. It returned particles from solar winds in space generated by the sun.

Solar wind is one small variable in the growing field of space weather, which mainly focuses on solar flares.

The sponsor of the Genesis solar observation mission was Nasa, based in Washington, District of Columbia.

Although the $264m Genesis mission had unique features, before its launch, there were already are a number of solar-observing satellites in operation, most notably the SOHO satellite, designed to study the internal structure of the sun, its outer atmosphere and the origin of the solar wind. Genesis was the first to measure solar winds directly, returning its samples to Earth for analysis. The plan was to measure the abundance of various forms of hydrogen, helium, oxygen and other gases emitted by the sun in the hope of learning about the building blocks of meteors, comets and our solar system.

“The Genesis mission was the first to return a space sample to Earth since Apollo 17.”

The mission had three specific main objectives. The primary objective was to obtain a precise measure of solar isotopic abundances. The isotopic compositions of oxygen, nitrogen, and noble gases are measured in order to enable scientists to better understand the isotopic variations in meteorites, comets, lunar samples, and planetary atmospheres. The second objective was to obtain greatly improved measures of solar elemental abundances. The final objective was to provide a reservoir of solar matter for scientific research, eliminating the need for future solar wind sample return missions.

Launched in August 2001, the Genesis spacecraft travelled a million miles sunward, which is only 1% of the distance to the sun. It was inserted into the Lissajous orbit in November 2001. It unfolded silicon collectors in which particles were embedded. Genesis returned to Earth in September 2004.

A capsule with the collectors was originally planned to be retrieved mid air using parachutes and helicopters. The retrieval, however, failed and the spacecraft crashed into the desert of Utah. The capsule broke open with the impact.

Despite the damage to the spacecraft, the analysis team were able to extract some useful data from the capsule. Four solar wind collectors were removed from the capsule in good condition as reported by Nasa in April 2005.

The Genesis mission was fitted on top of a Delta II rocket and launched from the Eastern Test Range at Kennedy Space Center in Florida. The spacecraft is about the size of a dining room table and weighs 414kg.

During the 30 days after the launch there were three trajectory correction manoeuvres to position the spacecraft correctly for insertion into orbit around L1 (the point between the Earth and the sun where the gravitational forces exerted by each are equal).

After the initial check-out period, the SRC backshell was opened and the parts of the spacecraft surrounding the collectors were allowed to outgas in the vacuum of space. The spacecraft was positioned facing the sun and the temperature of the solar-facing parts rose to about 200°C. This outgassing procedure is designed to remove the contaminants on the framework and electronic components surrounding the collectors.

Collection of the solar wind particles commenced in March 2001, when the canister cover was opened to expose two of the five collector arrays. The surface of each collector array included an area approximately 3,500cm².

The two collector arrays were exposed by the opening of the canister cover and were deployed during the entire 23 months that the solar wind was being collected so the concentrator could be exposed. The other three arrays were only be exposed when different regimes of solar wind were active. Once collection was complete, the arrays pivoted back into their original positions and the spacecraft prepared for return to Earth.

Lockheed Martin Space Systems Company-Astronautics Operations (LMAO), Denver, Colorado, was the industrial partner. It developed the carrier spacecraft and the sample return capsule, put the components together and tested the entire flight system.

The Johnson Space Centre (JSC), Houston, Texas, prevented and controlled contamination of the solar wind collectors and will safely maintain the returned samples.

Mid-Continent Research for Education and Learning (McREL), Denver, Colorado, developed and disseminated a wide range of materials for education and public outreach efforts.