ERJ-145 in the fleet of British Midland subsidiary, BMI Regional. 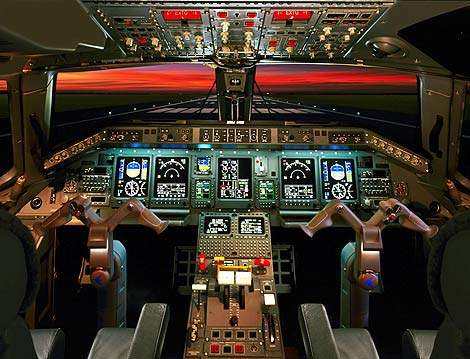 The flight deck is fitted with a Honeywell Primus 1000 digital avionics suite.

The ERJ-145 is the largest member of a family of regional jets that includes the ERJ-135 and the ERJ-140.

ERJ-145 in operation with Luxair of Luxembourg.

The ERJ-145 50-passenger regional jet airliner in service with Rheintalflug of Austria.

The aircraft is powered by Rolls Royce AE 3007A engines fitted with FADEC.

ERJ-145 in the livery of TransWorld Express.

ERJ-145 in the fleet of Crossair of Switzerland, now part of Swiss (Swiss Air Lines).

In May 2008, the ERJ-145 family received Russian certification, allowing operation in Russia and the Commonwealth of Independent States.

In December 2002, Embraer announced that the company would set up a production facility for the ERJ-135/140/145 aircraft in China in a joint venture with Harbin Aircraft. The first aircraft assembled in China was completed in December 2003 and two aircraft were delivered to China Southern Airlines.

In August 2004, the ERJ-145 was chosen as the platform for the US Army’s new aerial common sensor (ACS) battlefield surveillance system, under a systems development and demonstration (SDD) contract awarded to the team led by Lockheed Martin. However, in July 2005, it was decided that the aircraft was not large enough and would be replaced as the ACS platform.

“The ERJ-145ER is the original version.”

Passaredo Linhas Aereas received the first ERJ-145 regional jet from Embraer in May 2009 as part of a contract signed in November 2008.

In September 2009, Embraer delivered an ERJ-145 jet to Federal Police Department of Brazil under a contract signed in February 2009.

Aerospace Museum received an Embraer ERJ-145 jet prototype as a donation from Embraer in November 2010 during a ceremony held at the museum.

Tianjin Airlines received the last ERJ-145 from Harbin Embraer Aircraft in May 2011.

The ERJ-145 aircraft has a circular-cross-section fuselage, rear-mounted engines, low-mounted swept wings and a T-tailplane. The nose radome was supplied by Norton and the manufacture of the rear and centre section of the fuselage was subcontracted to Sonaca of Belgium.

The wings, supplied by Gamesa of Spain, are of two-spar design with a third spar to support the landing gear. The wing leading edges are of aluminium. The wings of the extra long-range ERJ-145XR are fitted with winglets, which increase lift and improve the efficiency of the wing at cruise speed by reducing the drag of the tip vortex.

The main cabin can accommodate 50 passengers in a three-abreast seating configuration. The cabin and baggage compartments are designed by the US-based aircraft interior design company, C&D Interiors.

The passenger door at the front port side is equipped with airstairs. The cabin and baggage compartments are air-conditioned and pressurised. The aircraft has a Hamilton Sundstrand air conditioning system and Liebherr Aerospace pressurisation system. The oxygen system is supplied by EROS.

The aircraft has two Rolls-Royce engines mounted on pylons on the rear section of the fuselage. The engine pylons are supplied by Sonaca of Belgium. The engines are equipped with full authority digital engine control. International Nacelle Systems developed and supplied the engine nacelles and the optional clamshell thrust reversers. The engine air intakes are fitted with an engine bleed air anti-icing system.

The long-range ERJ-145LR aircraft is equipped with Rolls-Royce AE 3007A1 engines which provide 15% more power. The engines are flat rated at 33.1kN to provide improved climb characteristics and improved cruise performance in high ambient temperatures.

The aircraft is equipped with a Parker Hannifin fuel management system. The integral wing tanks have a capacity of 4,173kg of fuel.

The aircraft is fitted with a Smiths electrical power system and an APIC APS-500 auxiliary power unit providing 18.6kW.

The nosewheel is steerable and the minimum turning circle is 29.22m.