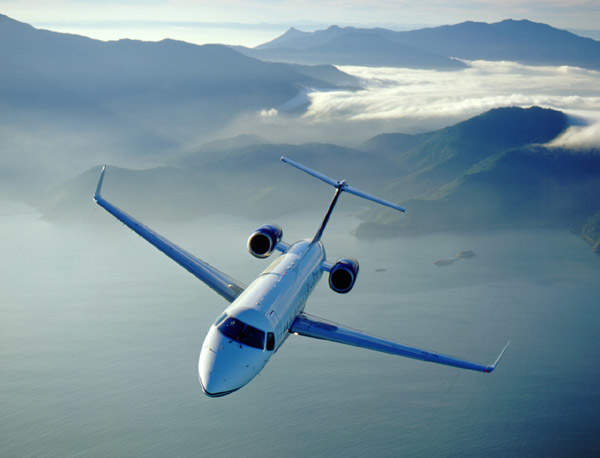 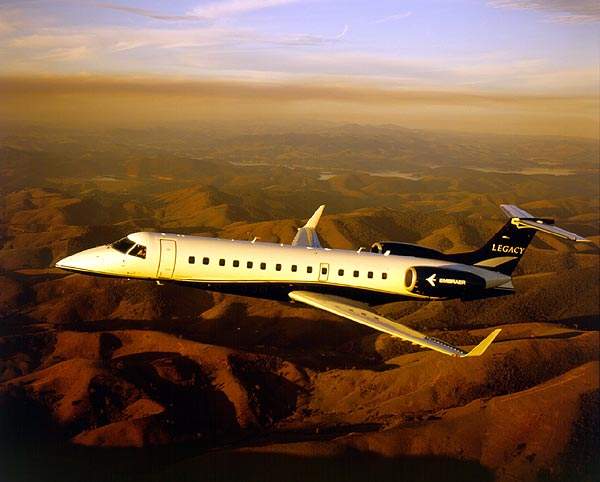 The Legacy can be configured as a Corporate Shuttle with up to 19 seats or Executive Jet with up to 15 seats. 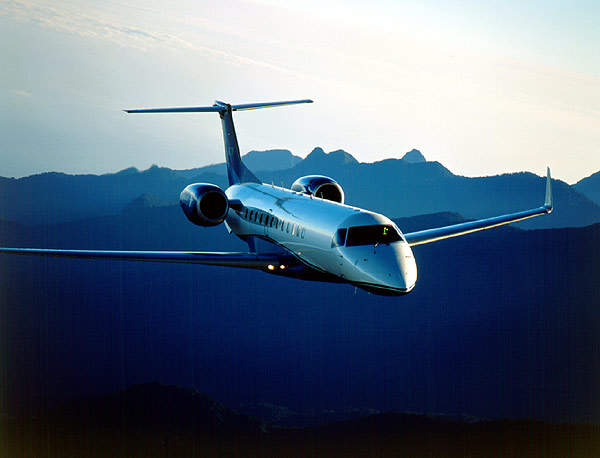 Legacy is derived from the airframe of the ERJ-135 and ERJ-145 commercial regional jetliners. 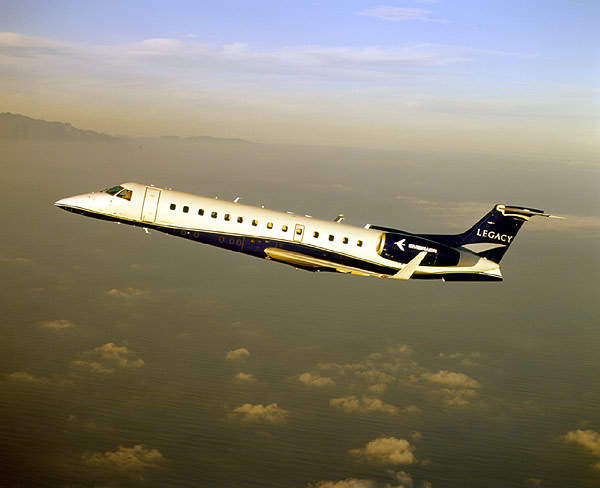 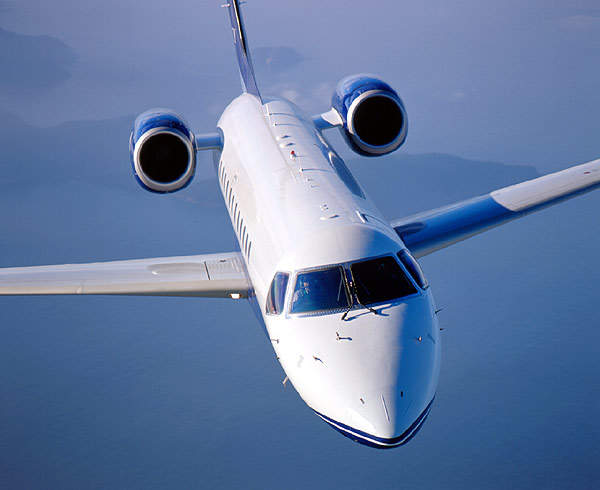 The Legacy has a full glass cockpit with advanced digital avionics suite. 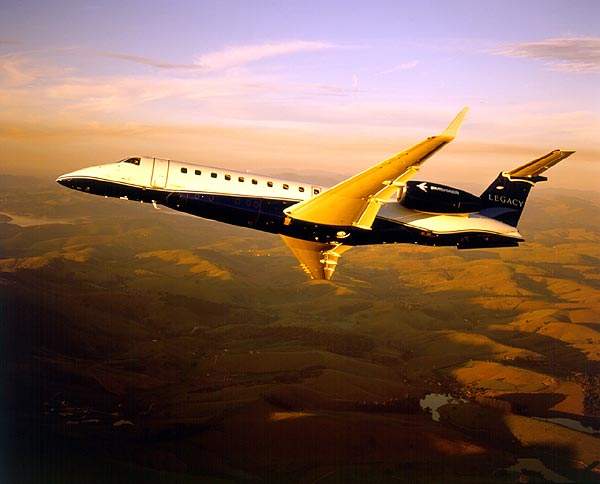 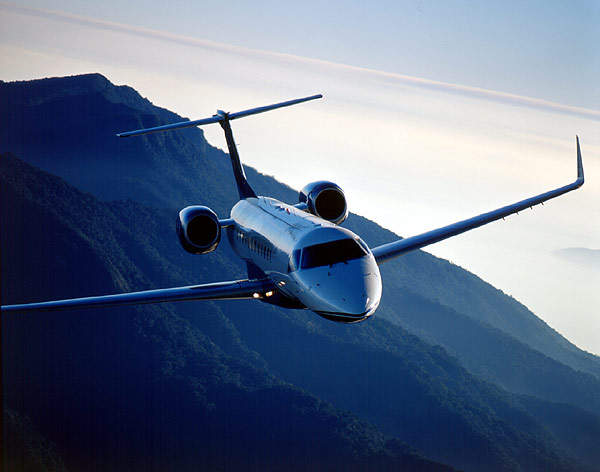 The wings are fitted with winglets, which provide increased lift and improved efficiency with reduced drag of the tip vortex. 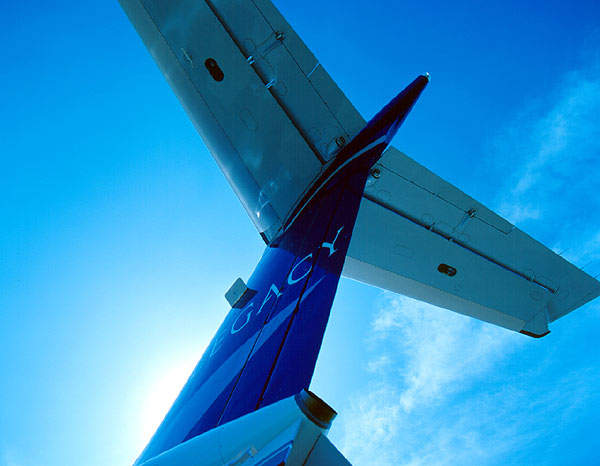 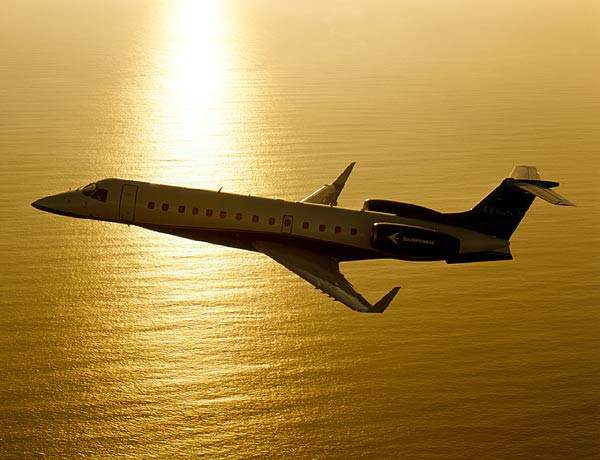 The Legacy has integral wing tanks, belly tanks and aft fuel tanks in new extended fairings on the underwing. 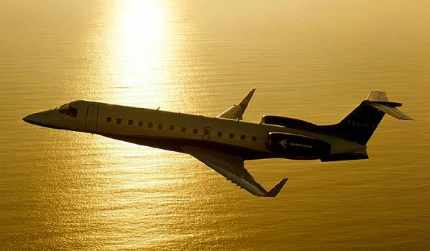 The Legacy is Embraer’s super mid-size corporate and executive jet, based on the ERJ-135 and ERJ-145 commercial regional jetliners, with the Legacy Corporate Shuttle configured with up to 19 seats and the Legacy Executive with up to 15 seats.

Embraer launched the Legacy programme at the Farnborough Air Show in the UK in July 2000 and its maiden flight took place less than one year later in April 2001. US launch customer, Indigo Air of Chicago, has cancelled orders for 25 aircraft and 50 options. However, two Legacy jets began operations with Indigo in March 2003.

More than 130 Legacy aircraft are in operation in 23 countries. More than half of these are the Legacy 600 executive version, just under half the shuttle. Five aircraft are in service with the Indian Air Force for VIP transport.

Recent orders include 13 Legacy 650 executive jets from China’s Minsheng Financial Leasing, which were ordered in October 2011, and also another order from Jackie Chan for Legacy 650 in February 2012.

The Legacy received type certification from the Brazilian CTA in December 2001, from the European Joint Aviation Authorities (JAA) in July 2002, from the USA Federal Aviation Administration (FAA) in September 2002 and from the Russian and CIS (Commonwealth of Independent States) Interstate Aviation Committee in November 2003. At the beginning of 2004, the aircraft received authorisation from the CTA and the FAA to land and take off at airports up to 8,500ft above sea level.

Legacy 600 is a super midsize aircraft developed by Embraer. The aircraft entered into service in April 2002.

Legacy 650 was announced in October 2009. It is an extended range aircraft equipped with advanced avionics, and larger seating capacity. It has a range of 3,900nm (7,223km) with four passengers.

Final assembly of the Legacy, systems integration and testing are carried out at Embraer’s aircraft manufacturing facilities in Sao Paulo. Embraer has subcontracted the manufacture of some sections and subassemblies of the aircraft: Norton supplies the nose radome, Sonaca of Belgium the rear and centre section of the fuselage, Gamesa of Spain the wings, and ENAER of Chile the fin and tailplane.

In May 2004, Embraer announced improvements to the executive version, including aerodynamic and fuel system improvements and the introduction of more powerful Rolls-Royce AE3007-A1E engines.

Embraer has raised the operational ceiling for the Legacy to 12,500m (41,000ft). The new capability is available as an upgrade to Legacy owners.

Although the Legacy is derived from the ERJ-135 and ERJ-145 regional jetliner family, the basic airframe underwent a considerable number of changes transforming it into a new aircraft. The changes include the addition of winglets and fuselage strakes, underbelly and cargo compartment tanks, higher-rated turbofan engines, new fuel system, higher Maximum Mach Operation (MMO), an entirely new main cabin and advanced avionics suite.

"The Legacy Corporate Shuttle is configured with up to 19 seats and the Legacy Executive with up to 15 seats."

The aircraft has a circular cross-section fuselage, rear-mounted high by-pass ratio engines, low-mounted swept wings and a T-tailplane. The wings are of two-spar wing design with a third spar to support the landing gear. The wing leading edges are made of aluminium.

The wings are fitted with winglets, which provides increased lift and improved efficiency with reduced drag of the tip vortex.

The Legacy has a 40m³ (1,410ft³) interior and the cabin is built with fine-quality hardwoods, fabrics and finishes. The interior layout options range from a two abreast 20-seat Corporate Shuttle version to the Government VIP / Executive version cabin in a 12-seat arrangement with sideboard, tables and three-seat sofa.

The passengers can have Airshow systems, DVD, real-time communications, telephone and fax in the cabin. The cabin can be furnished with working tables for staff meetings and individual workstations at the required seats. A wireless high-speed (up to 432kbps) digital data connection, using the Inmarsat Swift64 Mobile Network, will be available as an option or upgrade in mid-2005.

There is an airstairs passenger door, a wardrobe and full service galley at the front of the cabin. The oxygen system is supplied by EROS. The cabin and baggage compartments are air conditioned and pressurised by a Hamilton Sundstrand air-conditioning system and Liebherr Aerospace pressurisation system.

"The Legacy has a 40m³ (1,410ft³) interior and the cabin is built with fine-quality hardwoods, fabrics and finishes."

The Legacy is powered by higher rated engines than the ERJ-135 aircraft. The Legacy Executive aircraft has two rear-mounted Rolls-Royce AE 3007 A1P turbofan engines, rated at 3,368kg and mounted on pylons supplied by Sonaca of Belgium. In May 2004, Embraer announced that the Legacy engine would be uprated to the AE 3007 A1E.

The engines are fitted with Full Authority Digital Engine Control (FADEC) and the engine air intakes are fitted with an engine bleed air anti-icing system. The Legacy Corporate Shuttle is powered by Rolls Royce AE 3007 A1/3 each with a thrust rating of 3,201kg.

The aircraft is equipped with a Parker Hannifin fuel management system. The aircraft has integral wing tanks, belly tanks and aft fuel tanks in new extended fairings on the underwing providing a maximum usable fuel of 8,030kg in the Legacy Executive and 12,510kg in the Legacy Corporate Shuttle.