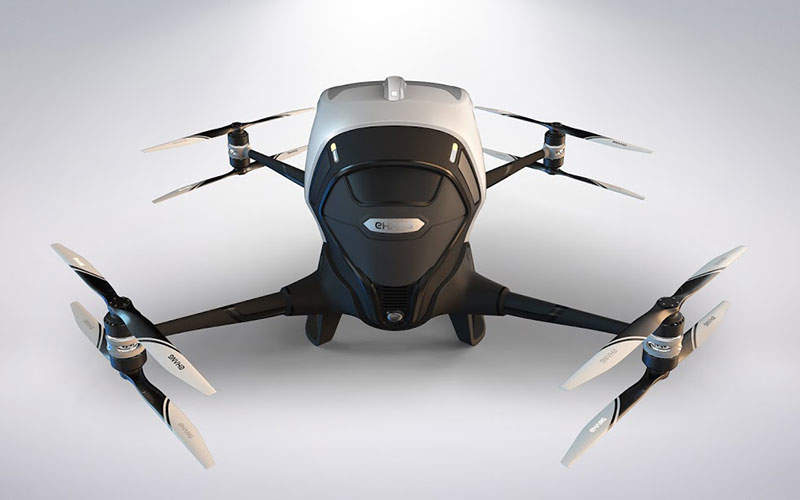 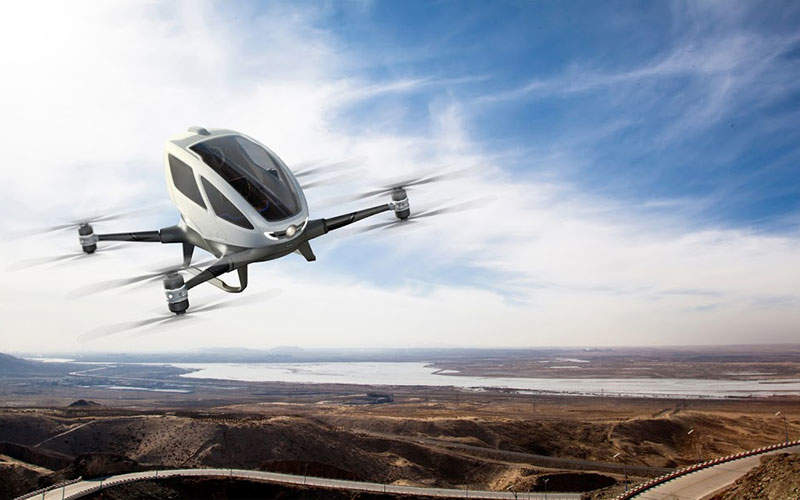 The aircraft flies in an inverted U-shape. Credit: EHang. 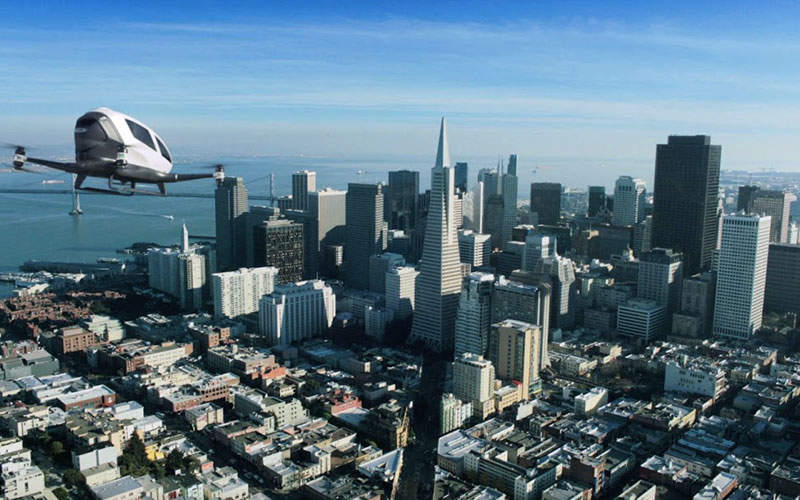 The aircraft can carry one passenger for 23 minutes at sea level. Credit EHang. 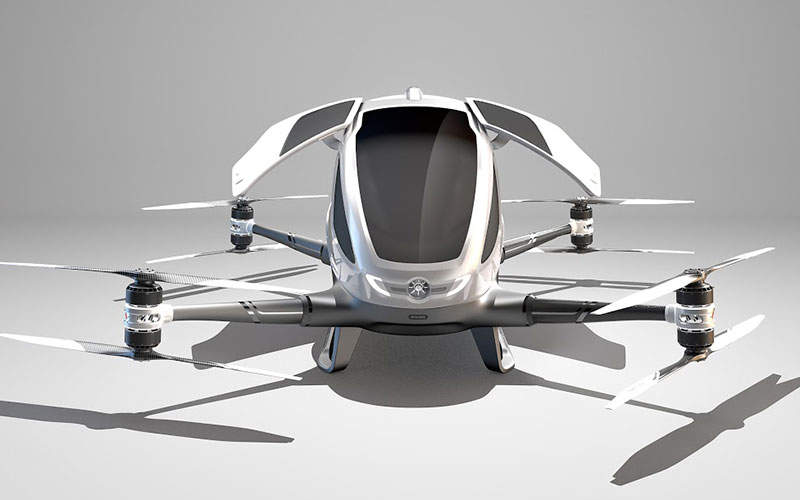 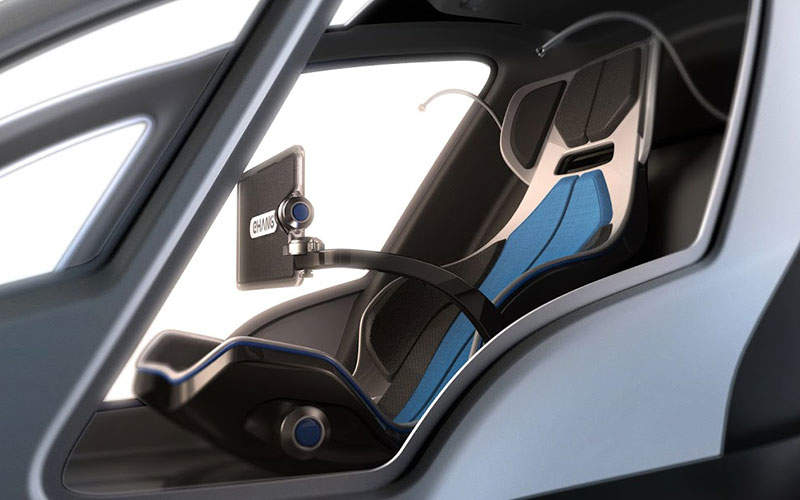 The cabin has a single seat with a 12in control pad attached to its arm. Credit: EHang. 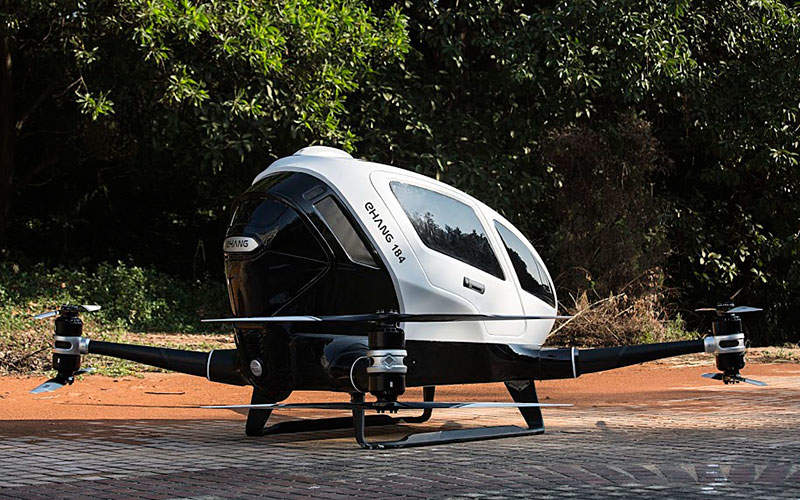 The aircraft can take-off and land vertically. Credit: EHang. 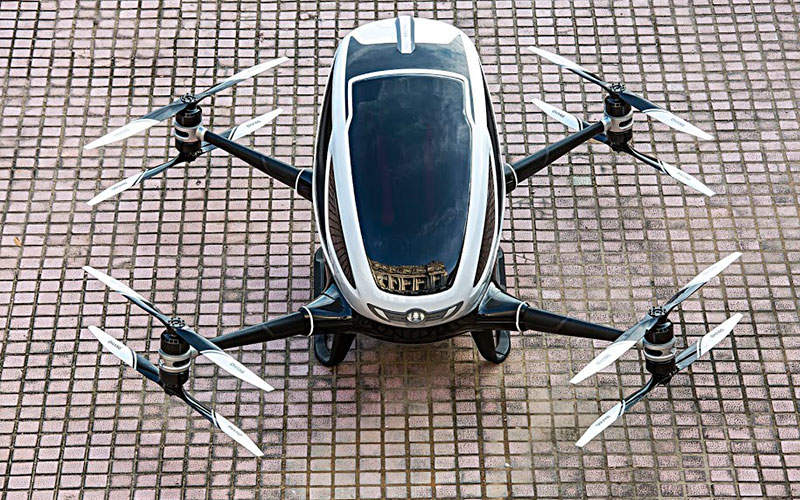 The AAV has four arms and eight propellers. Credit: EHang.

Chinese drone manufacturing company EHang has designed and developed the world’s first electric-powered autonomous aerial vehicle (AAV). Named Ehang 184, the AAV is a low-altitude drone that can carry a single passenger for 23 minutes of flight at sea level. It was introduced at the Consumer Electronics Show (CES) in January 2016.

The drone is designed for daily use and built using entirely new technology. EHang plans to work closely with government agencies across the world to develop the 1Ehang 84 AAV and formulate regulations for the future of transportation.

Design and features of the AAV

The Ehang 184 is constructed using a composite material of carbon fibre and epoxy with aerial aluminium alloy. It flies in an inverted U-shape based on altitude as well as the latitude of the origin and termination points.

The vehicle has four arms and occupies the same parking space as consumer cars when the arms are folded. It has an unfolded total span of 18ft (5.5m) and folded span of 5ft 3in (1.6m). The vehicle includes a trunk and power system composed of four arms and eight propellers at the bottom.

It is embedded with an EHang fail-safe system that will make the aircraft land in the nearest possible area to ensure safety in the event of malfunction or disconnect of components. It also includes a downward-facing video camera.

The aircraft features an automatic navigation system, which doesn’t require a professional pilot. The communication system for the aircraft was designed to comply with a safety guarantee, as every system is encrypted and each vehicle comes with an independent key. The passenger can either choose to halt the flight or hover in the air with just a single click in the event of an emergency.

“The aircraft features an automatic navigation system, which doesn’t require a professional pilot.”

The Ehang 184 AAV can accommodate a single passenger in the cabin. The cabin has a height of 2.07m and width of 1.01m. It features two gull-wing doors for entry and exit. The passenger seat is designed similarly to an F1 racing car seat. Passengers can easily input commands through a 12in control pad conveniently attached to the seat arm.

The AAV is powered by eight motors, which generate a maximum output power of 106KW. The aircraft is 100% electric and doesn’t depend on fossil fuels. The propeller has a length of 1.5m.

The full battery consumption is 14.4kwh, and the battery charging time for trickle charge is four hours, while fast charge takes two hours.

The aircraft has an average cruising speed of 100km/h and can fly for 23 minutes of duration at sea level. It has a net weight of 200kg and can carry a load of up to 100kg. It is designed to fly at low altitudes of less than 500m.