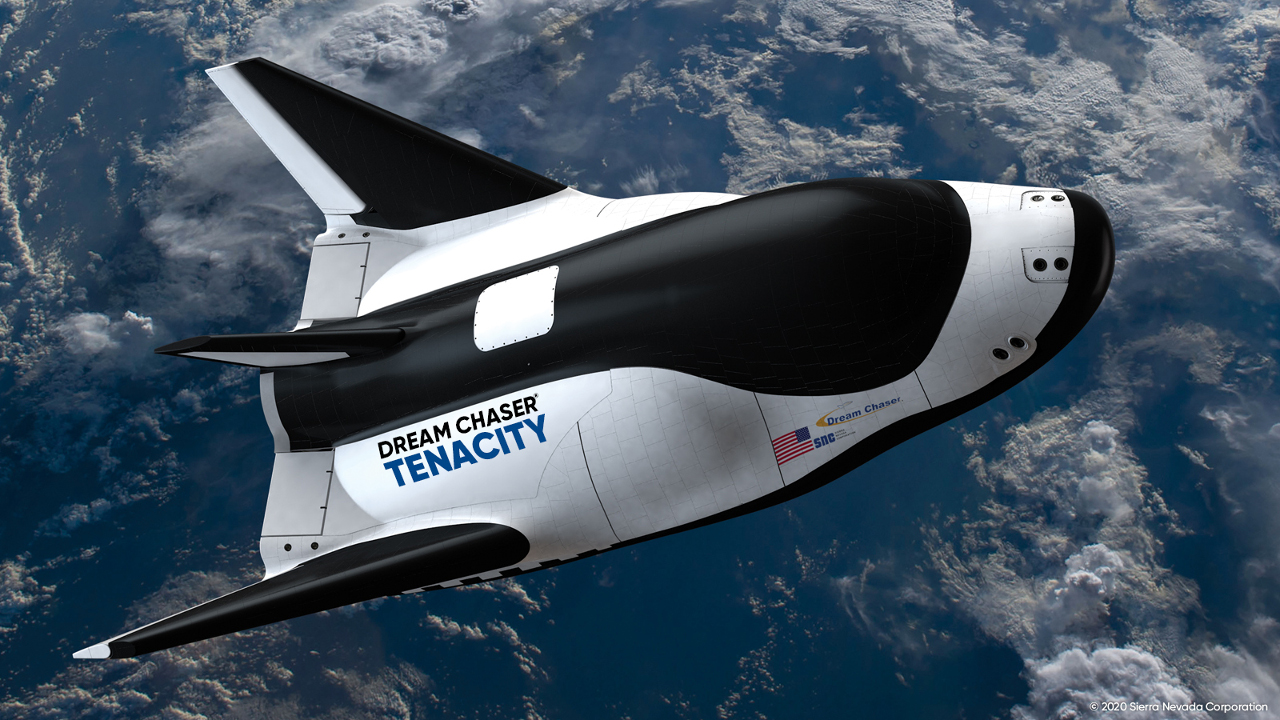 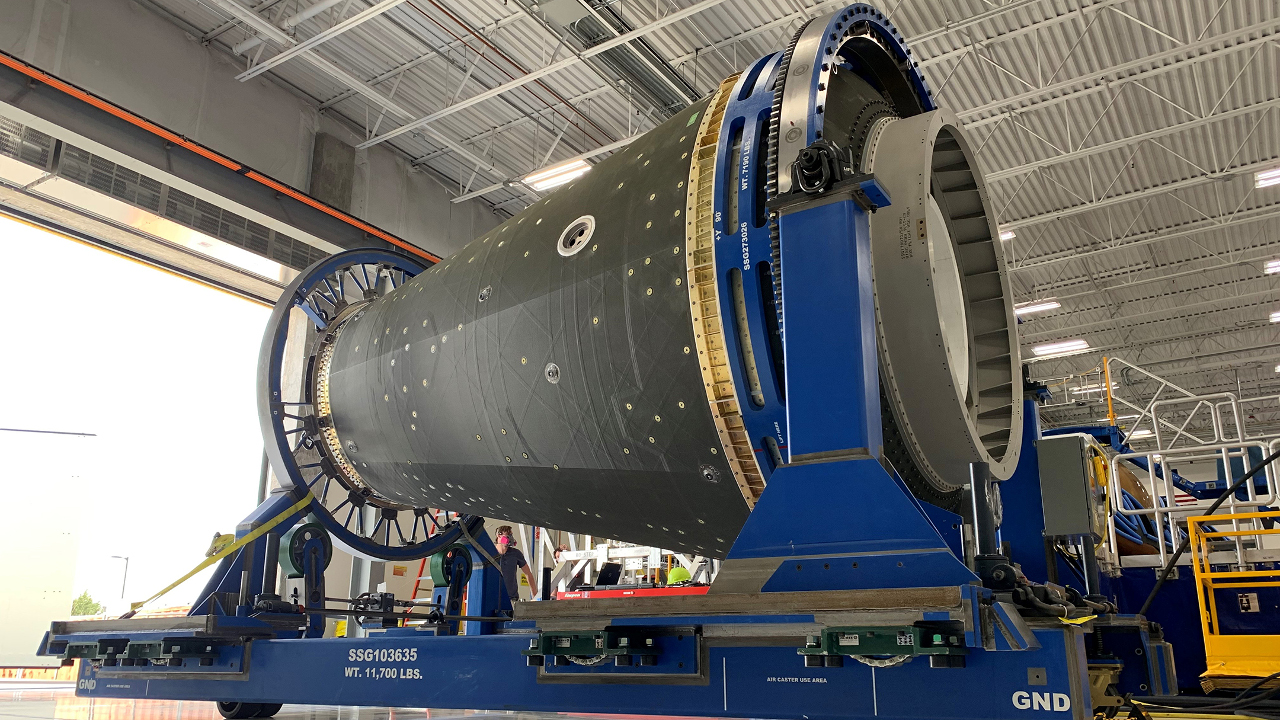 The Shooting Star module will be attached to the back of Dream Chaser. Credit: Sierra Nevada Corporation. 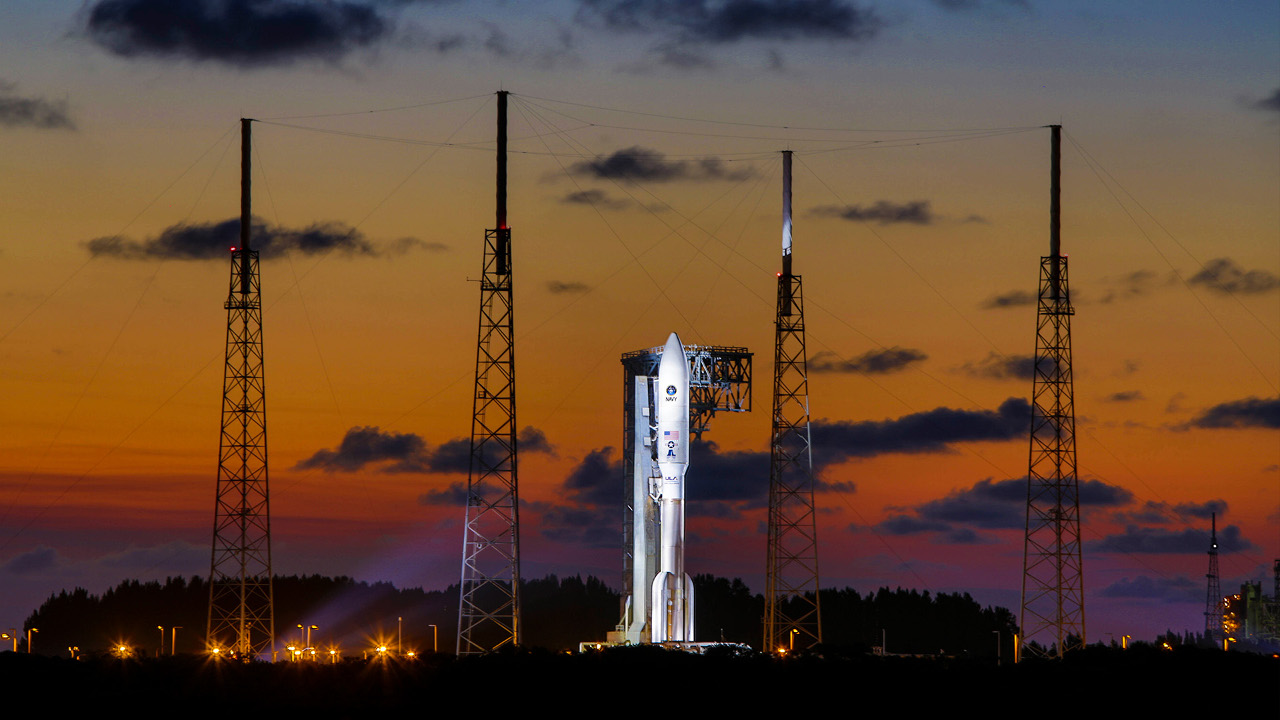 It will become the only non-capsule, commercial spacecraft in the world and also the only commercial, lifting-body vehicle with the capability to land on a runway.

The spacecraft will provide cargo delivery and disposal services to and from the International Space Station (ISS) under Nasa’s Commercial Resupply Services-2 contract. It will perform at least six missions to the ISS with first flight expected in spring 2021.

Dream Chaser is being designed, manufactured and assembled in Colorado, US, while refurbishment between flights will be performed at the Kennedy Space Center.

The company is also considering additional flight opportunities to LEO for domestic and international customers. The vehicle can be customised in terms of vehicle configuration, launch site, landing site, duration and other factors to meet the varied customer requirements.

SNC also signed agreements with several international space agencies and is developing technologies, applications and missions for space systems based on Dream Chaser.

The Dream Chaser Tenacity will be the first orbital vehicle as part of the Dream Chaser spacecraft fleet. It is expected to be launched on board ULA’s Vulcan Centaur rocket in 2021.

Dream Chaser spaceplane was originally intended as a crewed spacecraft capable of carrying seven crew members to and from the ISS and other LEO destinations. The crewed variant was developed under Nasa’s Commercial Crew Program.

It is a lifting-body spacecraft with autonomous launch, flight and landing capabilities that can carry the same crew size as the space shuttle orbiters.

The vehicle is designed for gentle runway landing and is compatible with runways all over the world. It provides rapid access to crew or cargo upon landing and can be reused more than 15 times. The spacecraft also offers low atmospheric entry of 1.5g.

The crewed version is approximately 85% similar to the cargo system and is equipped with environmental control and life support systems. It also features windows and an integral main propulsion system for abort function and major orbital manoeuvres.

The vehicle’s folding-wing design enables it to fit inside existing standard launch vehicle fairings, which will make it compatible with a range of current and upcoming launch vehicles.

The spacecraft will be covered with approximately 2,000 thermal protection system tiles to protect it from re-entry heat. The white tiles will reject more heat from the sun while on orbit, maintaining a cooler temperature for the components within the spacecraft.

The tiles will be bonded together, using room temperature vulcanising (RTV) silicone, which can withstand high temperatures.

"It will become the only non-capsule, commercial spacecraft in the world and also the only commercial, lifting-body vehicle with the capability to land on a runway."

Shooting Star is a 16ft-tall expendable cargo, power and propulsion module, which will burn up safely in the Earth’s atmosphere after being separated from Dream Chaser.

Manufactured by Applied Composites, the transfer vehicle is primarily composed of advanced composite materials and has a high strength-to-weight ratio for high payload capacity.

It will help Dream Chaser in the delivery of food, water, supplies and science experiments to the space station. Shooting Star is the first composite pressure vessel in the world to be test-verified for a mission to the ISS.

It will be fitted with solar panels to power the payloads and increase the flight time in space. The module will feature a passive common berthing mechanism, which will enable the berthing of Dream Chaser to the ISS.

The final assembly, integration and testing for Dream Chaser Tenacity began in October 2019 after the delivery of its primary structure. The structure forms a major part of the vehicle and is the most advanced high-temperature composite spaceframe ever built.

The spacecraft’s wings act as stabilisers for the lift generated by its body. The wings and primary structure of the vehicle were manufactured by Lockheed Martin.

SNC took delivery of the Shooting Star transport vehicle at its production facility in Colorado in May 2020 for integration works. The company started bonding the tiles that cover the outside of Dream Chaser in June 2020.

A mock-up of the spacecraft arrived at Nasa’s Johnson Space Center (JSC) in September 2020 for astronaut training.