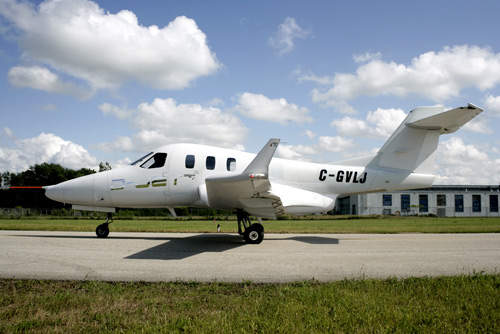 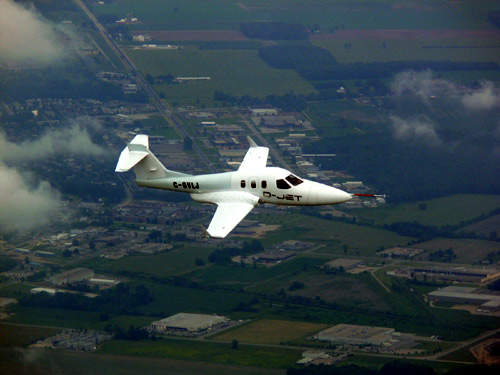 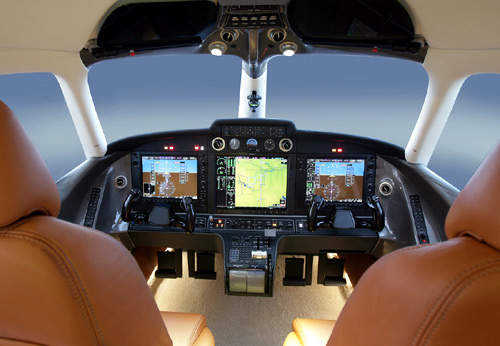 The D-Jet's avionics system is based on the Garmin G1000 avionics suite with two 12in primary flight displays (PFDs) and one 15in multifunction display. 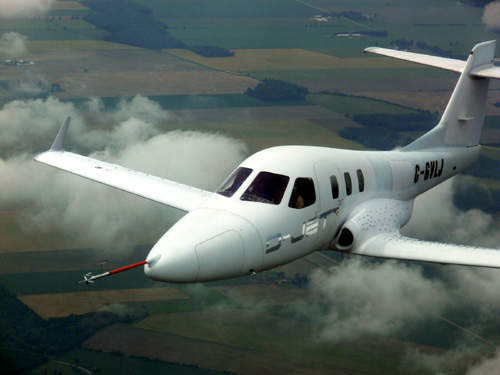 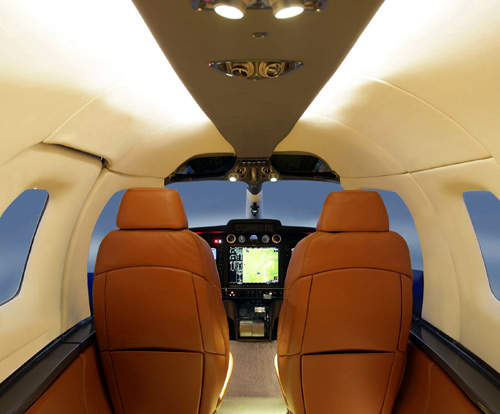 The cabin provides five seats in a two-plus-three configuration. The rear-seat bench can accommodate three people or two executive-class passengers.

Diamond Aircraft Industries, based in Austria and Canada, has developed the D-Jet five-seat executive and owner-pilot jet. The aircraft was first revealed in 2002 and the first flight of the D-Jet took place on 18 April 2006 from the London International Airport, Ontario, home of Diamond's North American operations.

First flight of the aircraft with the Williams FJ33-5A engine, which replaces the FJ33-15 as the production powerplant, was in October 2008. The new engine will be used for the certification process. Production of the D-jet is expected to begin in 2011 at the rate of two planes a month and then gradually increasing up to 16 jets a month.

In May 2008, Smart Air, based in Luxembourg, ordered eight D-Jet aircraft plus options for the aircraft's first European fractional ownership programme. Deliveries were scheduled to begin in the first quarter of 2010, but have been delayed. Other orders include six for YourJet of Louisville, Kentucky and ten for Chartright Air Group of Mississauga, Canada.

The D-Jet is of lightweight composite construction featuring low and swept-back wings with winglets and a T-tail.

The glass cockpit is fitted with an electrically driven vapour cycle air-conditioning system allowing the aircraft to be pre-cooled prior to boarding.

“The Diamond
D-Jet is a
five-seat executive and owner-pilot jet.”

The D-Jet is fitted with de-icing systems and other active and passive safety systems. Redundant systems include the dual power supplies. The certified ceiling altitude is 25,000ft.

“The D-Jet is fitted with de-icing systems and other active and passive safety systems.”

The D-Jet's dual electrical system is based on two independent buses. One electrical bus is powered by a 200A starter / generator; and the other is supplied by a 70A alternator.

Each electrical system runs independently and the aircraft can operate on either system alone. Each system also has its own battery, so that in the unlikely event that one of the power-generating sources fails, the battery will continue to provide power to that system for a time.

The aircraft is powered by a single 8.45kN turbofan FJ33-5A (formerly designated FJ33-19) engine supplied by Williams International. It was decided in March 2008 to upgrade to the FJ33-5A rather than the FJ33-15, rated at 6.96kN, fitted on prototype aircraft. The engine air inlets are visible in the wingroots. The engine is fitted with full authority digital engine control.

In May 2008, Diamond Aircraft announced the selection of Mecaer America to provide nose and main landing gear systems for the D-Jet.