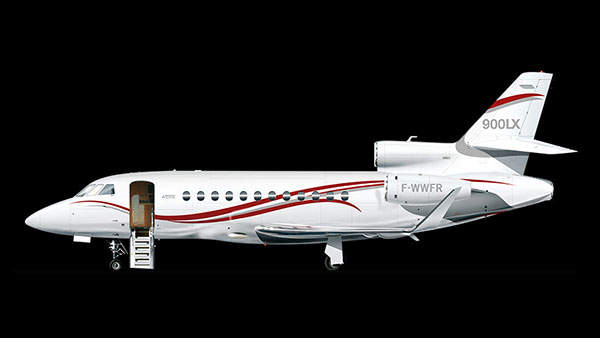 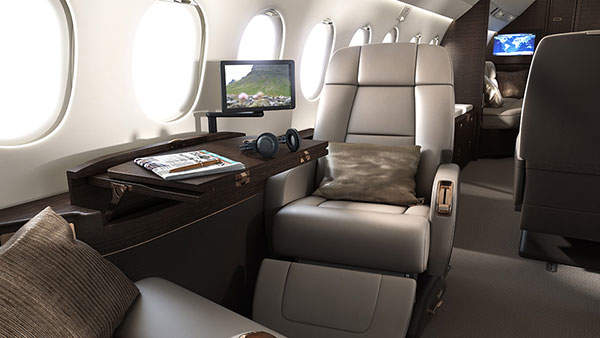 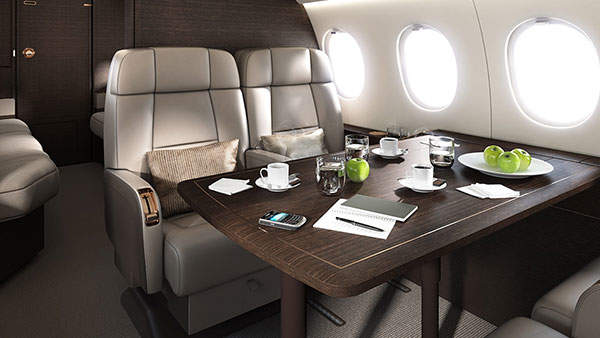 The dining lounge of the Falcon 900LX. 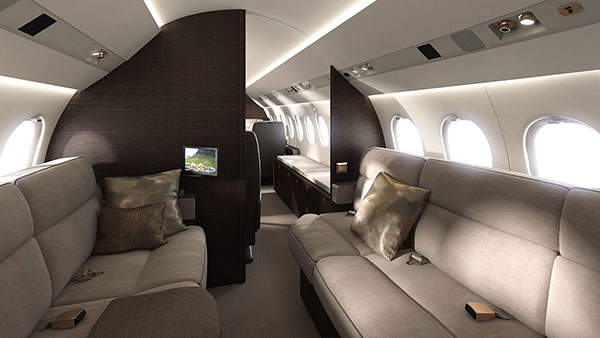 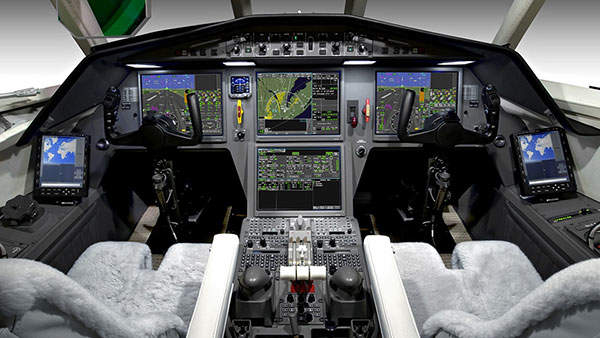 The Falcon 900LX is equipped with the EASy II flight deck. 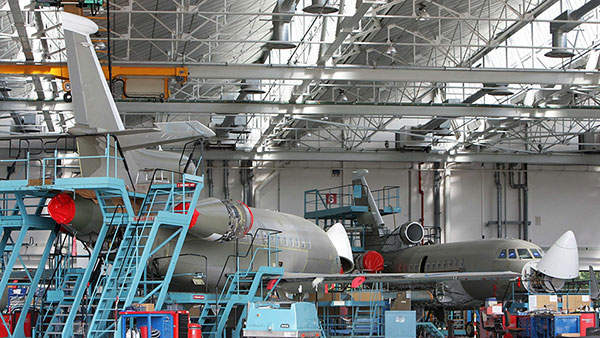 The Falcon 900LX is a replacement for the Falcon 900EX, which was introduced in 1996. It is manufactured by Dassault Aviation, a France-based aircraft manufacturing company.

The aircraft was first announced in May 2008 at the European Business Aviation Convention and Exhibition (EBACE) in Geneva. Flight tests of the aircraft began in October 2009 and were concluded in the second quarter of 2010. It received certifications from both European Aviation Safety Agency (EASA) and Federal Aviation Administration (FAA) by July 2010.

In October 2012, the aircraft entered the final assembly line at Bordeaux-Merignac in France.

In December 2012, Wallan Aviation ordered one Falcon 900LX aircraft. Delivery is expected to be completed by the second quarter of 2013.

The Falcon 900LX has a retractable tricycle landing gear. The landing gear is equipped with dual wheels on each unit and is electrically controlled and hydraulically actuated. The aircraft is equipped with two additional fuel tanks. It also has a 28V DC electrical system that incorporates two batteries, three starter-generators and three independent bus bars.

The aircraft is equipped with the EASy II flight deck, which was approved by FAA and EASA in June 2011. The flight deck accommodates two crew members and features four 14.1in flat-panel LCD screens and a cursor control device.

The cabin has a seating capacity of 12 to 19 passengers. It has three lounges and the seating arrangement includes a double-club four-seat group, a four-seat dining block and a three-place divan block.

The cabin is covered with carpeting fabric, the seats and trim are made of leather and wood veneers and countertops are made from granite, marble and polystone. Two dozen windows provide natural light for the cabin. The cabin is also equipped with a 3D world map, a pair of Blu-ray Disc players, satellite radio, iPod-interface, video-on-demand capabilities and Wi Fi internet access.

Dassault’s Falcon 900EX long-range business tri-jet completed its first flight in June 1995, and in September 1995 it demonstrated its long-range capability with an 8,705km non-stop flight from Luton in the UK to Las Vegas.

The aircraft is powered by three Honeywell TFE731-60 turbofan engines, each providing 22.24kN of thrust. The engine, originally designed and built by Garrett AiResearch, is controlled by a Digital Electronic Engine Control (DEEC) in normal mode. The engine is also equipped with a hydro mechanical control in backup mode.