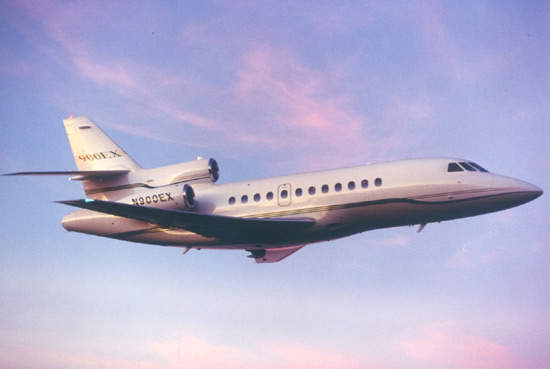 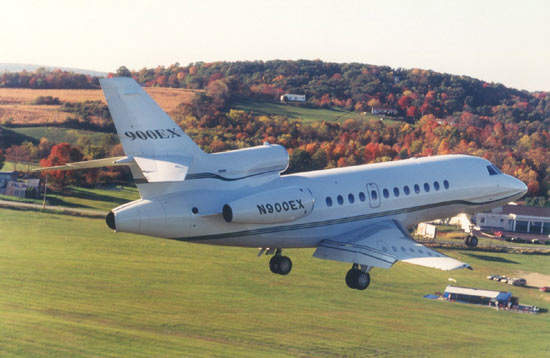 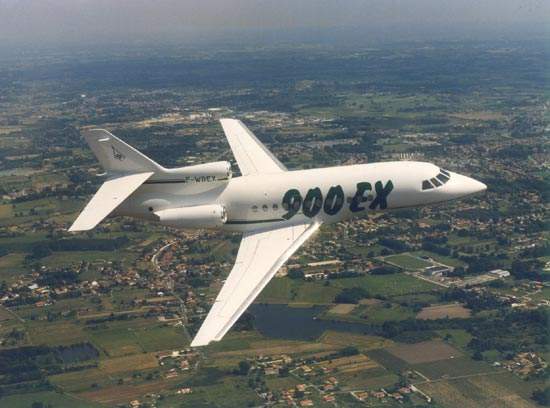 Over 100 Falcon 900EX aircraft have been delivered and are operational worldwide. 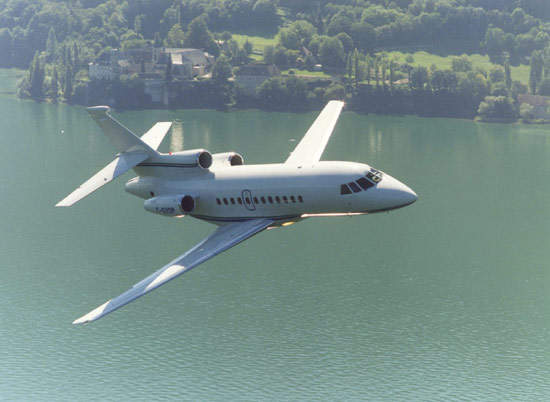 The long-range 900EX version has higher powered and more efficient engines compared to the 900. The capacity of the central fuel tank has been increased and a new rear tank added. 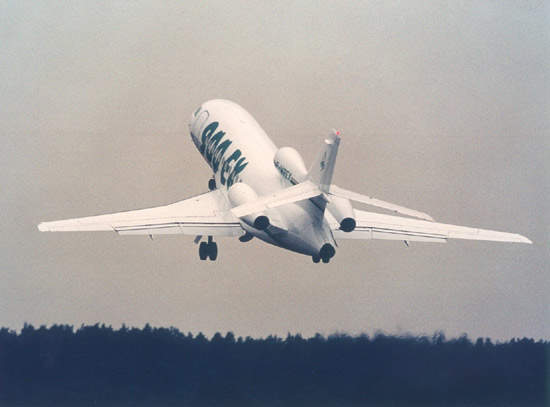 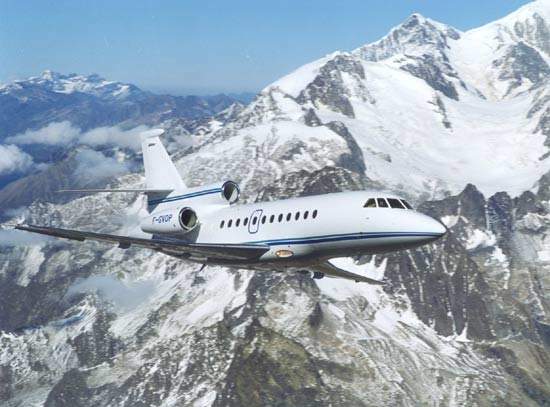 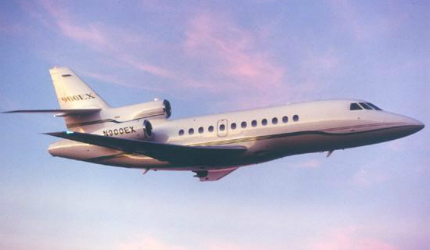 Dassault’s Falcon 900EX long-range business tri-jet completed its first flight in June 1995, and in September 1995 it demonstrated its long-range capability with an 8,705km non-stop flight from Luton in the UK to Las Vegas.

The aircraft can achieve an airspeed of Mach 0.84 or 890km/h. FAA approval was granted in July 1995 and the aircraft entered service in November 1996 with Anheuser-Busch Companies Inc.

Dassault announced the development of the 900EX in October 1994. Dassault entered the development program with risk sharing partners, Alenia, Hellenic Aircraft Industries, Honeywell, Latecoere and SABCA, which provided 20% of the funding.

In May 2005, the Falcon 900DX, with a range of 7,600km, made its maiden flight. It is based on the 900EX with a redesigned fuel system and is fitted with EASy avionics as standard. Certification was received in November 2005 and deliveries began shortly after. It replaced the 900C.Dassault announced the Falcon 900LX in May 2008.

The Falcon 900LX is based on the EX but has winglets and a range extended to 8,800km (4,7500nm). The new aircraft obtained certifications from both FAA and EASA by July 2010 and eventually replaced the 900EX.

The damage tolerant design of the Falcon 900EX is derived from the Falcon 900. The long-range 900EX version has higher powered and more efficient engines compared to the 900, which provide an increase in the specific fuel consumption of 8%.

The engine nacelles and mounts have been redesigned to accommodate the new engines and the capacity of the central fuel tank has been increased and a new rear tank added.

Low-weight and high-strength composite materials have been used extensively including Kevlar and carbon fibre materials.

Kevlar has been used for the radome, tailcone and nosewheel doors. The air inlet trunk on the centre engine is also of Kevlar construction.

Carbon fibre has been used in the manufacture of the main landing gear doors and for the centre section of the three-engine cowlings. The aircraft’s horizontal tail surface is of titanium box construction with resin spars and carbon fibre panels.

The aircraft is equipped with dual autopilots and autothrottle from take-off to the landing phase of flight. The autothrottle keeps the aircraft on a glidepath by providing power control of the engines linked electromechanically to the automatic flight control system and automatic landing system.

The Falcon 900EX can be fitted with the new EASy (Enhanced Avionics System) flight deck, which received European and US certification in November 2003 and entered service shortly after.

The forward area has tables and four recliner sleeping chairs. The central dining area seats six people and is furnished with a dining table, two double seats, a foldaway bench and a cabinet. The rear passenger area can be fitted as a bedroom with a convertible bed/three-seat settee and two armchairs.

“The engines are Honeywell TFE731-60 turbofan engines each providing 22.24kN of thrust.”

The engines are Honeywell TFE731-60 turbofan engines each providing 22.24kN of thrust. The two engines are pod mounted on the rear of the fuselage and the third is installed above the narrow rear fuselage by two top mounts. The engine pylons are supplied by Latecoere and the engine nacelles by Alenia. The cowling on the centre engine intake was supplied by SABCA. The centre engine is fitted with an Alenia thrust reverser.

The aircraft has 5,787 litre wing tanks and 2,976 litre fuselage tanks. The fuel distribution system and gauges are supplied by Intertechnique.